(Minghui.org) Falun Dafa has been spreading far and wide for 27 years, and numerous practitioners have benefited from this spiritual discipline based on the principles of Truthfulness-Compassion-Forbearance.

The Moon Festival, also known as the Mid-Autumn Festival, falls on September 13 this year. As the date fast approaches, supporters of Falun Dafa are sending their heartfelt greetings to the founder of the practice, Master Li Hongzhi, to wish him a happy holiday.

A veteran in Luihe County, Jilin Province, is in his 90s. He said he recites “Falun Dafa is good and Truthfulness-Compassion-Forbearance is good” every day and is free of illness.

A resident in Zhaoyuan City, Shandong Province, wrote in his greetings that he enjoyed reading Falun Dafa informational materials because they were all about teaching people to be good. He also said that his health is getting better and his daughter's business is booming, all thanks to their support of Falun Dafa.

A Falun Dafa practitioner in Linyi City, Shandong Province, sent in greetings to Master Li on behalf of more than 40 people in her extended family. She said many of her loved ones have benefited from their support of her practice of Falun Dafa. Her husband has been very healthy in the past two decades. The only medical episode he had was a surgery to remove his kidney stones, but he recovered quickly and resumed work without any complications. Her grandmother, 96, almost died in her 80s but credits Falun Dafa for restoring her health.

An engineer in Liuhe County, Jilin Province, does not practice Falun Dafa, but she and the rest of her family support her mother's practice of Dafa. They often recite “Falun Dafa is good” and “Truthfulness-Compassion-Forbearance is good.” She enjoys a successful career, her five-year-old daughter is very healthy, and her niece was recently admitted to a top high school.

A 94-year-old resident of Liuhe County, Jilin Province, has been reciting “Falun Dafa is good” and “Truthfulness-Compassion-Forbearance is good” for twelve years. She is as healthy as can be. She sees and hears well and does household chores without any difficulty.

Three vendors in Zhouyuan City, Shandong Province, entrusted a Falun Dafa practitioner to send in their greetings to Master Li. They reported that their businesses have been booming after they quit the CCP.

A woman in Fuping County, Hebei Province, had read Falun Dafa books before and understood that Falun Dafa teaches people to be good. She said she'll continue to support her mother's practice of Falun Dafa.

A family of five in Linglong Town, Zhaoyuan City, Shandong Province, have all quit the CCP and its youth organizations. They wrote that their family has become more harmonious and that they'll forever remember “Falun Dafa is good” and “Truthfulness-Compassion-Forbearance is good.”

Wishing Master Li a happy Moon Festival were also a family of nine in Fushan Town, Shandong Province; a young man in Shenzhen City, Guangdong Province; a student at Jilin University in Jilin Province; an extended family of 68 people in four generations in Shou County, Anhui Province; a family of three in Chongqing; three sisters in Changping County, Beijing; as well as supporters from the following regions: 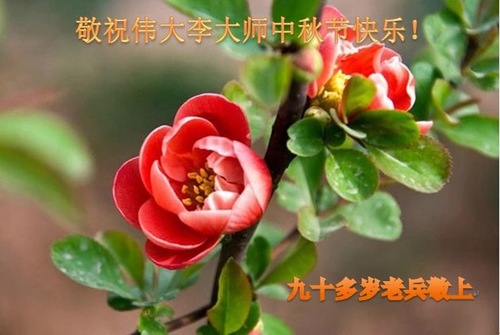 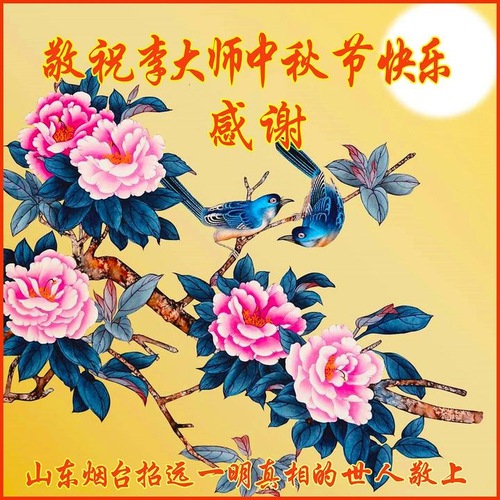 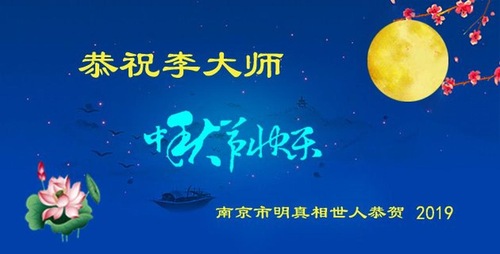 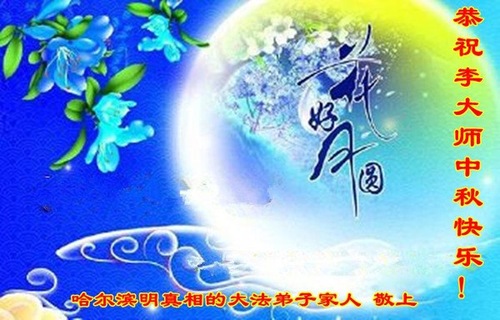 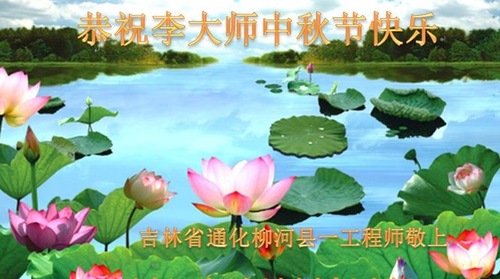 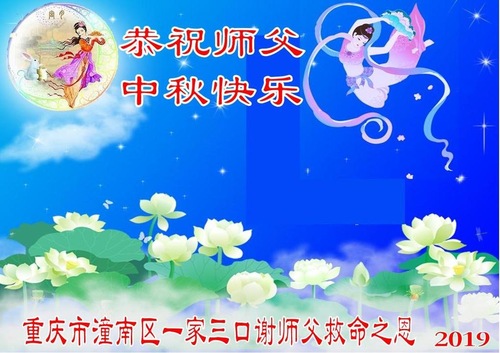 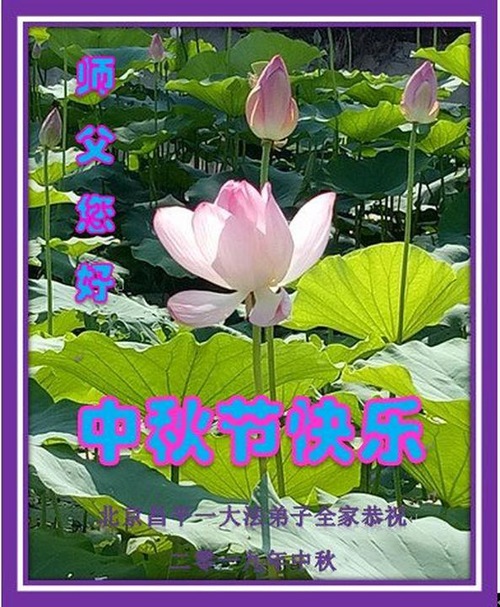 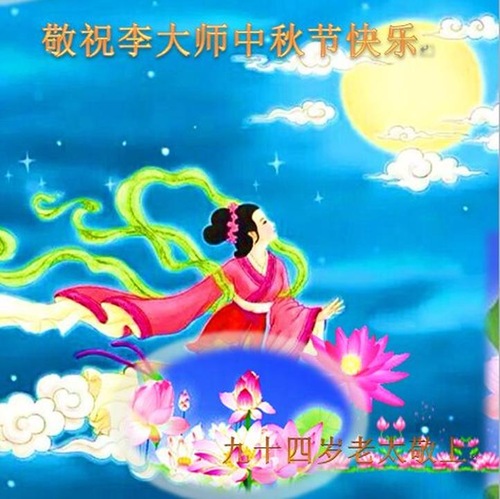 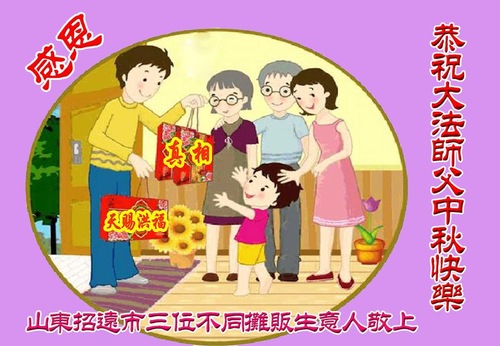 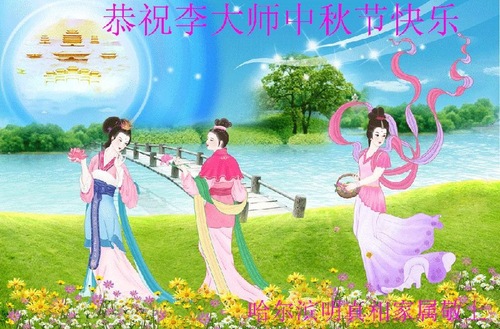 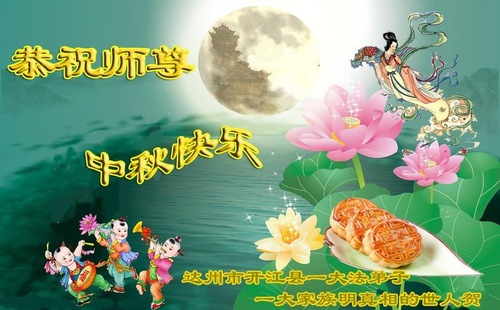 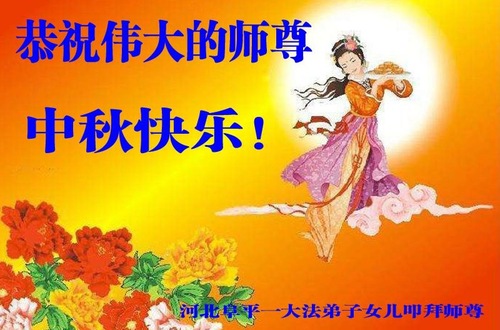 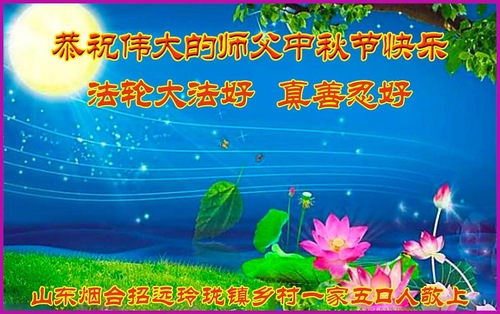 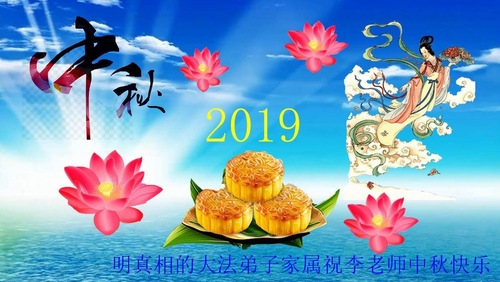 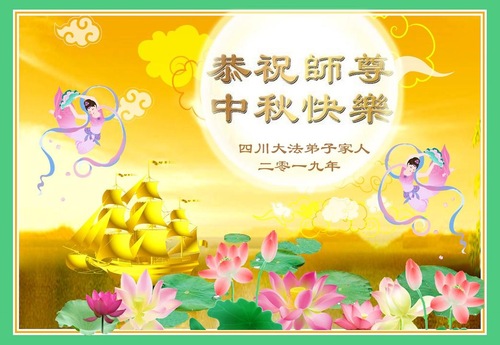 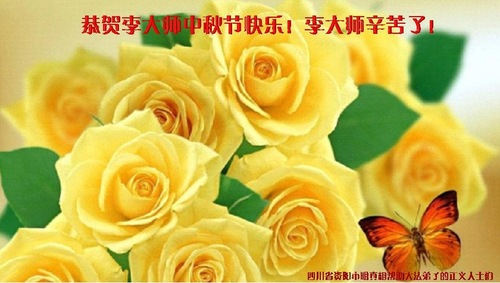 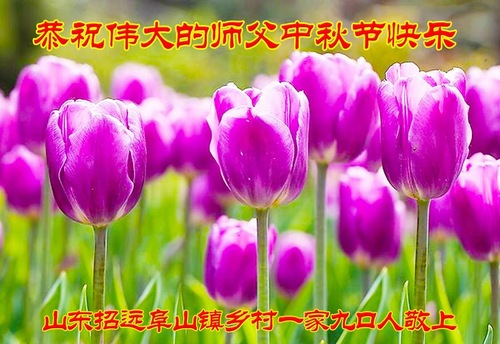 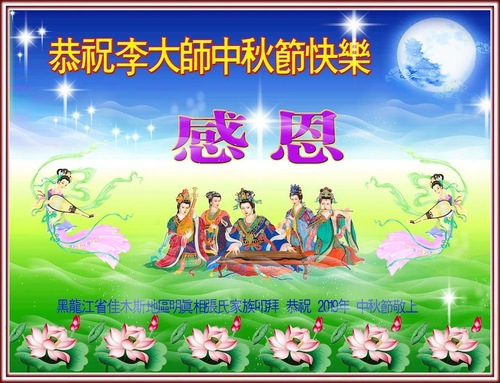 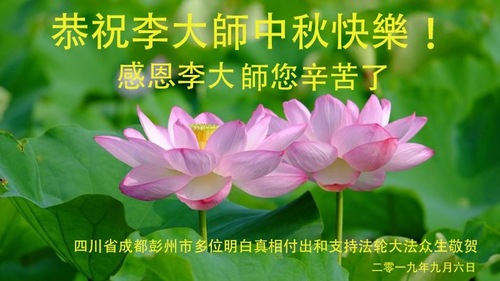