(Minghui.org) As part of the events to honor Falun Dafa Day, practitioners held a group exercise practice on Foley Square, New York on May 18, 2019. Curious, several people stopped and learned more about the ancient spiritual practice. 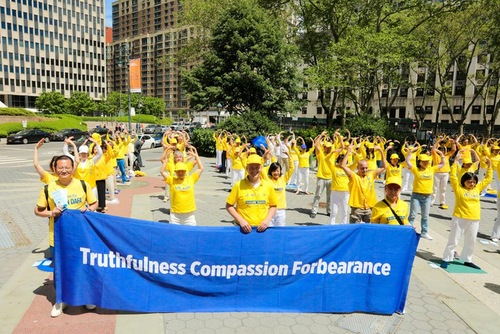 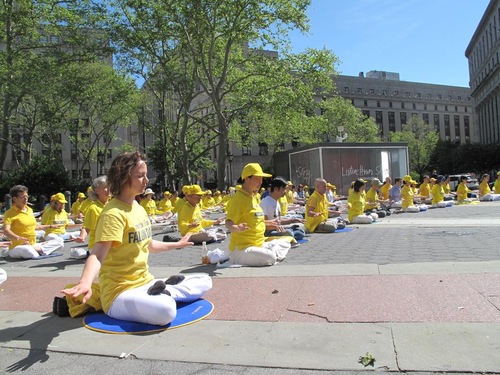 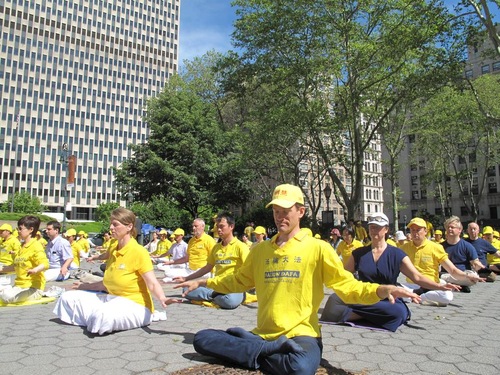 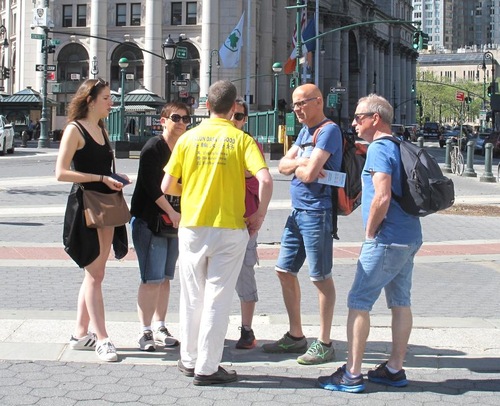 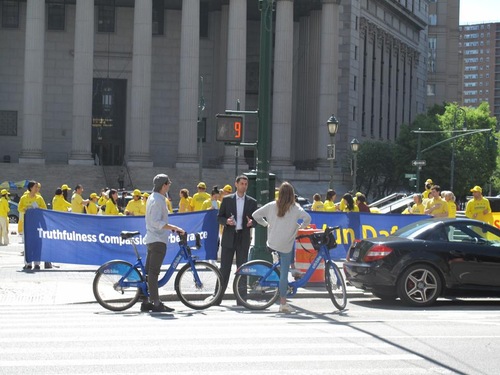 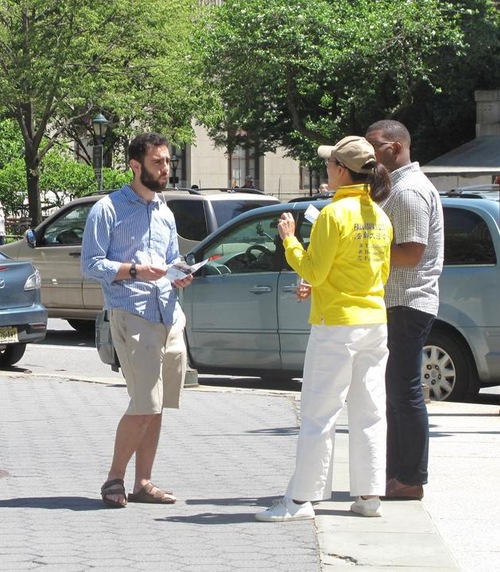 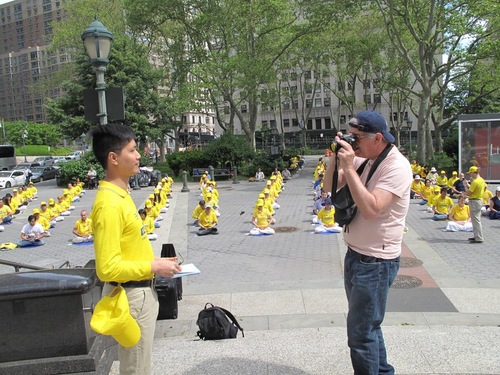 Chuck Nacke, a well-known photographer who was visiting New York said he noticed people wearing yellow T-shirts with the words, “Falun Dafa is good.” He wondered what Dafa was when he found practitioners doing the exercises at Foley Square.

Nacke lingered for nearly half an hour and took several photos of practitioners doing the exercises. He said he planned to put the photos on his social media. He wished to learn more about Falun Gong and asked several questions.

Nacke said that something about the exercises deeply resonated with him. He was reluctant to leave though he had stayed for a long time and took several photos. He said he was touched and would learn more about Falun Gong. He was happy to hear that Falun Gong is practiced in more than 100 countries.

The Power of Falun Gong 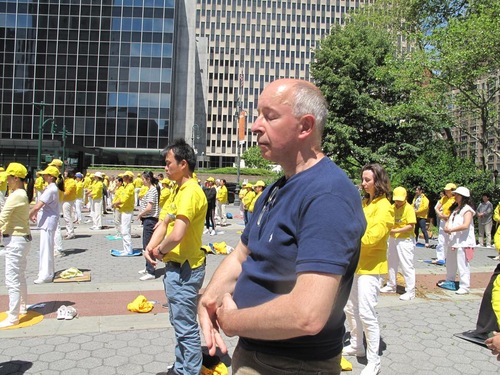 Sven, a practitioner from Sweden, practices the exercises at Foley Square on May 18, 2019.

Sven learned about Falun Gong in April 1995. He attended the lecture given by Falun Gong's founder Mr. Li Hongzhi in Gothenburg, Sweden, when he was 35 years old. Even though 24 years have passed, he still vividly remembers how powerful and amazing it felt the first time he did the exercises.

Sven summed up his experiences, “I understand the true meaning of life and practicing Falun Gong has opened my life in many ways. For example, I seldom left the house and I relied on medicine. Now I can travel the world and haven't taken any medicine for years.” 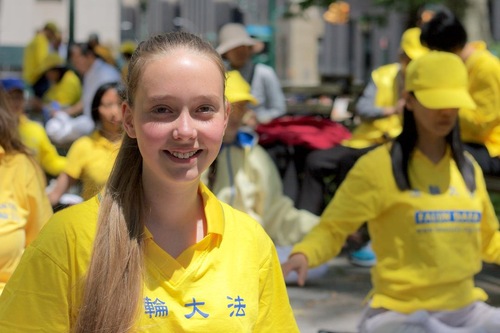 Tara McDonnell, a 14-year-old practitioner from Germany, began practicing Falun Gong with her mother when she was quite young. 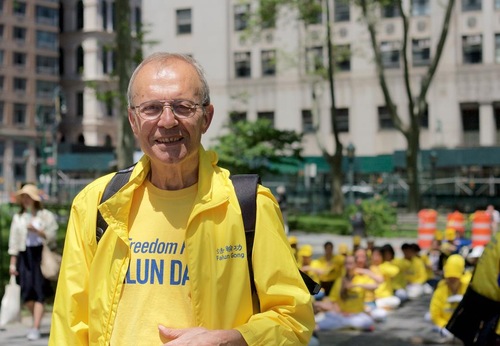 Practitioner Fabian Fuendes from Germany has told Chinese tourists about the persecution for more than ten years. 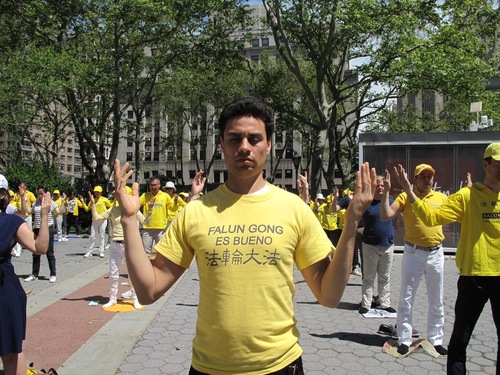