(Minghui.org) About 10,000 Falun Dafa practitioners from around the world gathered in New York to attend the annual experience-sharing conference on Friday, May 17, 2019.

The founder of Falun Dafa, Mr. Li Hongzhi attended the conference, which was held at Barclays Center in Brooklyn, and gave a lecture for nearly two hours. Practitioners rose from their seats to thank Mr. Li with warm, long-lasting applause. Later in the afternoon, practitioners discussed their understandings from Mr. Li's lecture and their individual cultivation practice. 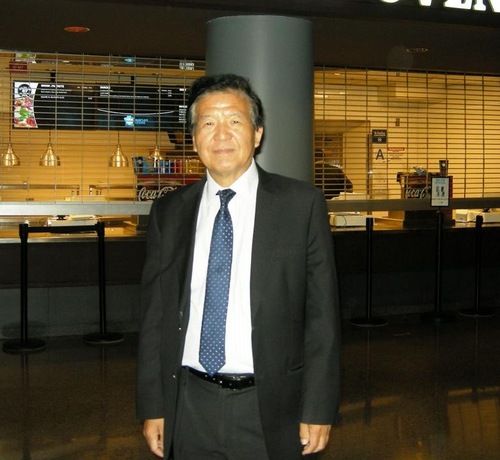 Lin Shenli, a practitioner from Toronto, immigrated from China to Canada in 2002 following rescue efforts from practitioners.

Toronto practitioner Lin Shenli started practicing Falun Gong in China 23 years ago and was detained several times for his belief. He spent two years in a labor camp. Overseas practitioners learned of his situation and sought help from the international community to rescue him. He arrived in Canada in February 2002.

Mutual understanding and collaboration have manifested in various ways, Mr. Lin said. For example, one time Mr. Lin and other practitioners went out to promote Shen Yun by distributing materials in residential areas. Because the maps that they had been given were not printed clearly, it was difficult for the practitioners driving the cars to find their way. “In the beginning, I was very upset and complained a lot about the practitioners who provided the maps,” Mr. Lin recalled.

He later recalled that when practitioners in China went to remote rural areas to distribute materials to debunk the communist party's hateful propaganda, they often encountered bad weather and sometimes lost their way. “In those circumstances, practitioners would trust and support each other, and ask Master for help, instead of having resentment,” he said. He thus reminded the other practitioners traveling with him not to give up, and right at that moment they saw the road they had been looking for just in front of them.

Family of Three: Considering Ourselves Practitioners 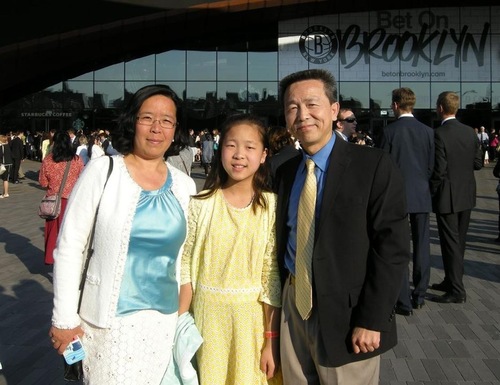 Wu Shengyong and Feng Ling, husband and wife from New York, attended the conference with their daughter Emily.

Ms. Feng said that Falun Dafa has taught her to be considerate of others and to focus on other people's positive sides. She has found that behaving this way has made difficult situations much easier to handle. She also teaches her daughter to do the same at school if she is bullied by her classmates.

“No matter who it is, practitioners or non-practitioners, I have learned to appreciate others and always try to improve myself no matter what happens,” Ms. Feng said.

Mr. Wu is a medical researcher who began practicing Falun Dafa in December 1997 in Tianjin, China. “I recently came across the practitioner who had introduced Dafa to me when I was a radiologist back in China,” he said. “Twenty-two years have passed and this recent encounter reminded me to cherish the opportunity to practice cultivation.”

Assimilating to the principles of Truthfulness-Compassion-Forbearance requires diligence and perseverance, he said.

“Master mentioned some areas [of our cultivation] where we could do better and I agree with that. In particular, Master mentioned some issues that exist among practitioners who recently came out of China, and when I think it over further, I realized they also apply to me. I really didn't do enough when I was in China, and after coming here I should have done more to make up for that. I need to do better to not let myself down and to not let Master down,” he said. 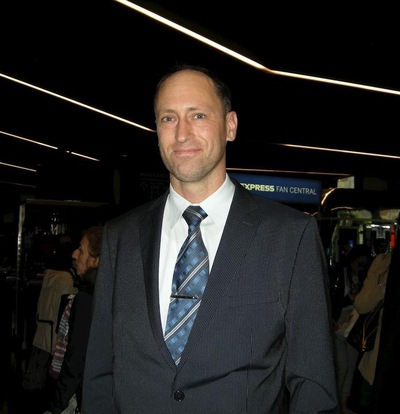 Kristian Palacek, a practitioner from Croatia, has practiced Falun Dafa for 16 years. This was his first time to hear Master Li lecture in person.

“Coming to New York to attend this conference was not easy, since I had to deal with lots of things to make it happen. But I am here and I am so grateful to Master for his support through the years,” he said.

“Master has spoken about the huge role the media has played and how powerful the media is for saving people,” he said. “I want to truly work hard, study the Fa diligently, and do the exercises every day, because only by cultivating ourselves well will we be able to do Fa validation work well. I must be diligent, or else I will not be able to keep up.”