(Minghui.org) This year marks the 20th year since the persecution of Falun Dafa started in China in 1999. Despite the slanderous propaganda spread by the communist regime, a large number of people have learned facts of the practice and have begun practicing Falun Dafa.

On the occasion of Chinese New Year, many of these new practitioners have written to Minghui to share their stories and wish Mr. Li Hongzhi, the founder of Falun Dafa, a Happy New Year.

A cook in Zhaoyuan City, Shandong used to have severe heart disease, neck problems, and high blood sugar when he was just in his 30s. The heart disease, in particular, caused him a great deal of pain. He spent over 100,000 yuan on medical bills but did not see any improvement. Thinking of his elderly parents and two young children, he was often in despair. With no other hope, he accepted the advice of a friend and began to try Falun Dafa. “Within several months, my health recovered and I live in happiness again every day,” wrote the cook. His family witnessed this amazing change and became very supportive of his practice, despite the persecution.

A practitioner from Hunchun City, Jilin Province, said that her 75-year-old mother had a negative attitude towards Falun Dafa because of the communist party's defamatory propaganda. “About a year ago, she was diagnosed with incurable cancer. I had many conversations with her and in the end, she agreed to read the main teachings of Falun Dafa—the book Zhuan Falun—and do the exercises.” Her cancer is now gone and her many other health problems also disappeared. Her mother is healthier than ever. This practitioner is very fortunate that her family learned about Falun Dafa and benefited from it.

Greetings were sent from a Fa-study group in Anshan City, Liaoning Province. The practitioners in the group come from diverse backgrounds. Some of them have practiced for over 20 years and some have just started. Some are middle-aged and some are in their 80s. Some have recently been released from detention because of persecution for their belief. “But all of us have the same pure heart for Falun Dafa and the principles of Truthfulness-Compassion-Forbearance,” they wrote in their greetings. “We are also greatly thankful to Master because of his salvation and care.”

Greetings were also received from Hanzhong City, Shaanxi Province. One of the practitioners, Ms. Liu, just started practicing Falun Dafa last year. “Cultivation practice is a great experience because you always act according to the Fa principles to become a better person,” she wrote. “Falun Dafa is very profound and I can improve every day. I will do better as a practitioner in this coming New Year. Thank you, Master, and I hope that you have a great New Year!” 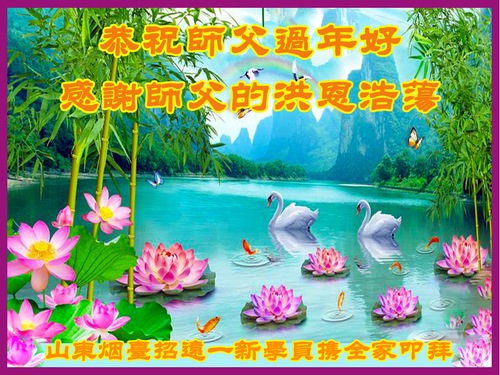 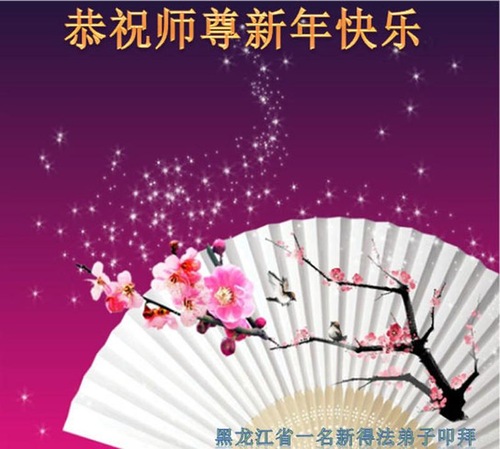 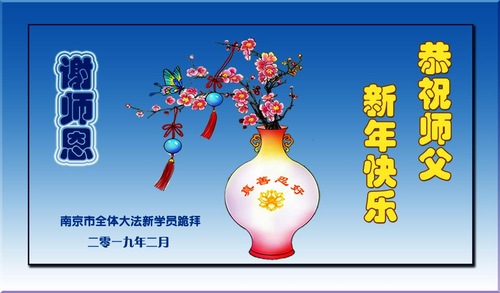 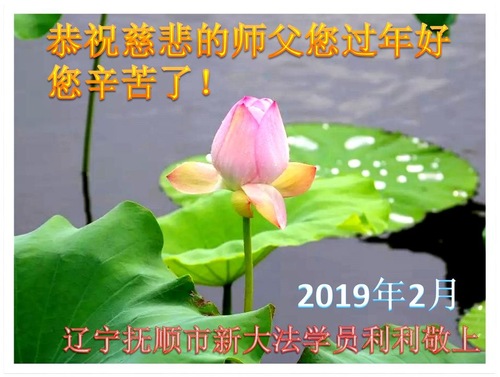 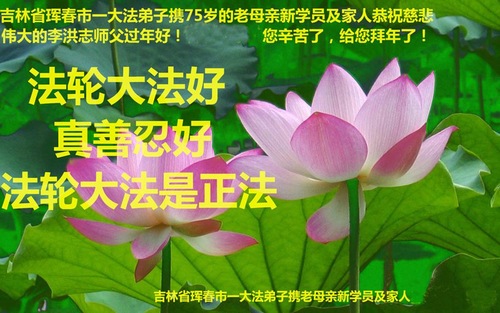 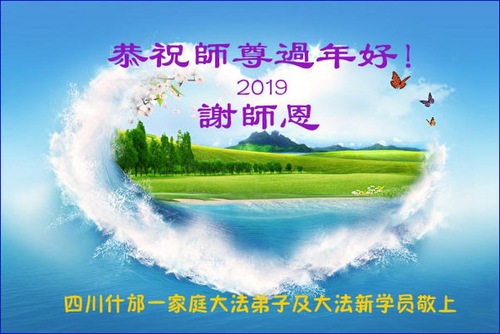 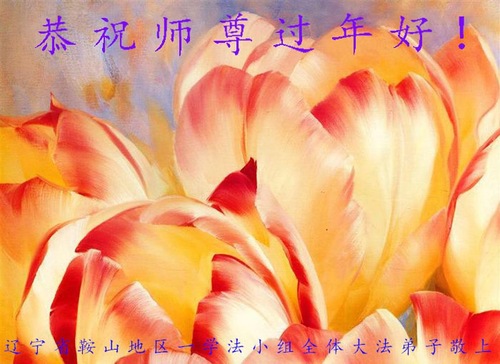 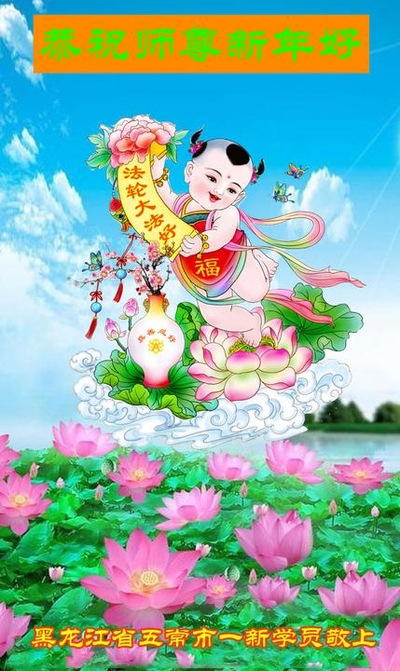 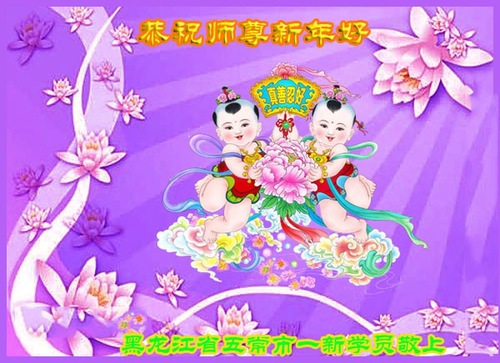 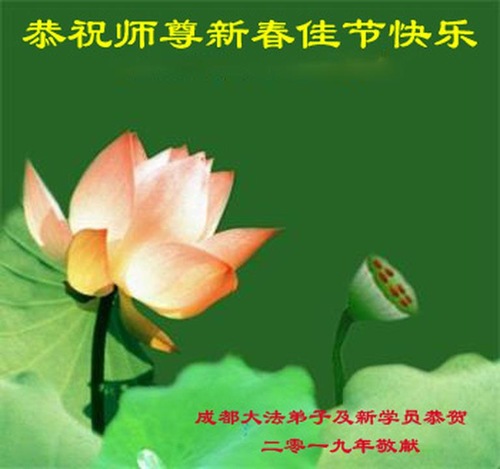 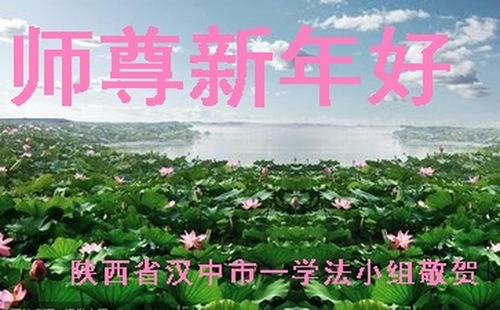