(Minghui.org) Falun Gong practitioners in Montreal gathered on Chinese New Year's Eve, February 4, at the Montreal Convention Center. They took a group photo to wish Master Li a Happy Chinese New Year and express their gratitude for the benefits of the practice and its principles of Truthfulness-Compassion-Forbearance. 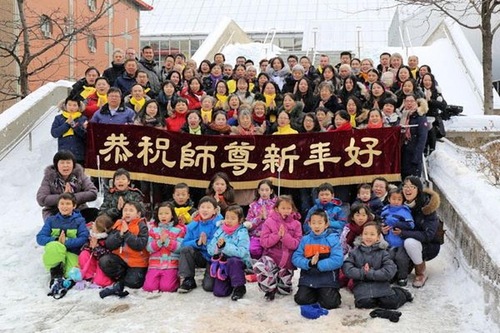 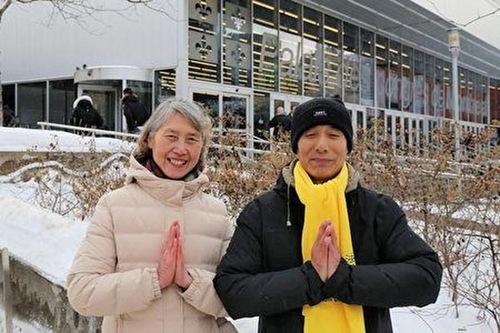 Han and his wife did not waver in their faith in the face of persecution in China.

“We are determined to practice Falun Gong and be good people,” he said.

His wife Ms. Hao started practicing Falun Gong in 1997. She participated in the April 25 peaceful appeal in Beijing and experienced the persecution after 1999. She was incarcerated twice in forced labor camps.

“I appreciate Master Li from deep in my heart,” she said. “I was tortured severely in the labor camps. Without Master's help, I would not have been able to withstand it.” 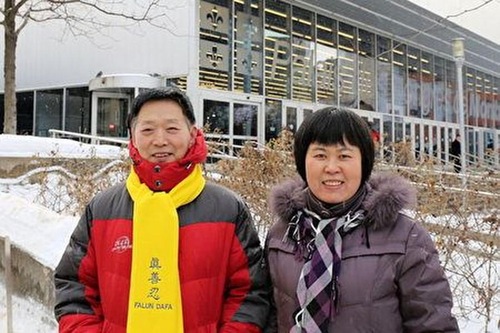 “Our lives have become bright”--Mr. Sun and his wife Ms. Wang

Mr. Sun and his wife Ms. Wang started to practice Falun Gong in 1994. Sun said, “I appreciate Master Li for his salvation. Our lives have become bright.”

“From the first day of practicing Falun Gong, my life has changed completely,” he said.“Before then I was selfish. After learning Falun Gong, I began to think of others.”

Ms. Wang said, “I felt lonely and helpless before practicing Falun Gong. I have become confident and feel fortunate since taking up this cultivation practice.”

Mr. Sun was dismissed from his job as a manager in a state enterprise due to the persecution. He suffered many arrests. Police often entered his home to arrest him in the middle of the night.

“Those Who Support Dafa Are Blessed” 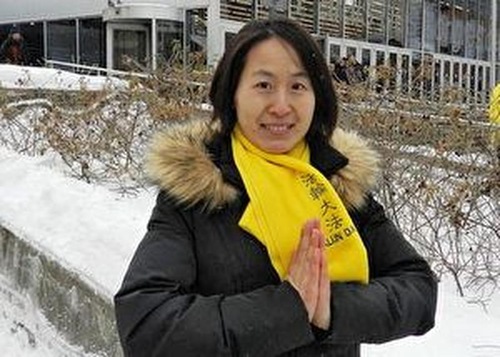 Ms. Zhou started practicing Falun Gong in 1996. She had poor health before that and had a hot temper. She has become a happy and kind person since taking up Falun Gong. Such a good practice is being persecuted in China, which led her to recognize the evil nature of the CCP.

Over the years, more and more Chinese have come to understand Falun Gong and have renounced the CCP and its affiliated organizations. She said, “Those who understand the real situation and support Dafa are truly blessed.”

“Dafa Leads Me to My True Self” 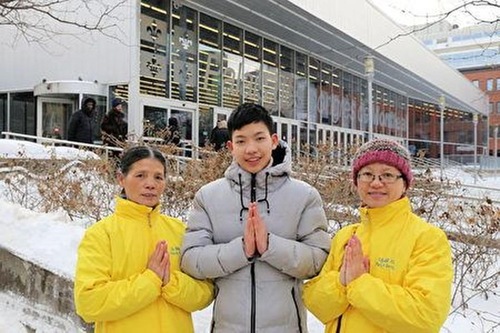 Practitioner Chen (left) and her grandson and daughter

For speaking out for Falun Gong, she was incarcerated in forced labor camps and imprisoned four times for a total of eight years.

Ms. Chen said, “I became healthy after learning Falun Gong. All my illnesses went away. More importantly, Dafa leads me to my true self. I will treasure the practice and move forward more diligently.”