Taiwan: “Falun Gong Must Be an Awesome Practice!”

(Minghui.org) Falun Gong practitioners held activities at the Hualian train station on December 15, 2019, to introduce people to the ancient spiritual practice and to let them know that the Chinese Communist Party (CCP) is persecuting those who practice it. They also collected signatures to condemn the persecution and stop the CCP’s state-sanctioned organ harvesting from living Falun Gong practitioners. 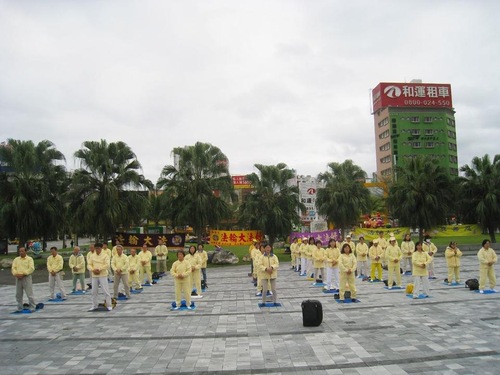 Practitioners demonstrate the Falun Gong exercises during an activity in Hualian on December 15, 2019. 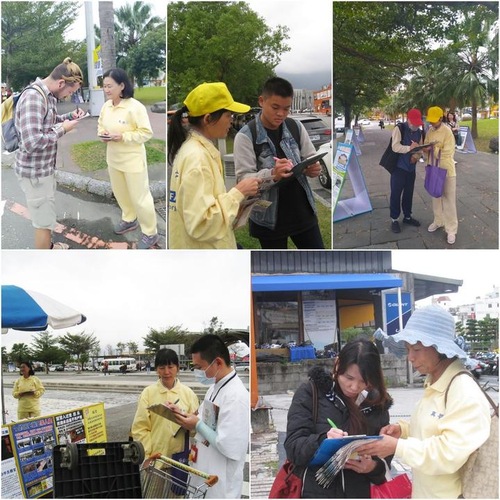 Zhou, a jeweler who had just returned from visiting relatives in Australia, said, “I saw Falun Gong practitioners in Sydney. They were very kind and they all looked so healthy.

“The pleasant exercise music swept away my fatigue from the long journey and made me feel very tranquil. I often travel to other countries and I always hear positive comments about Falun Gong. It must be a righteous and awesome practice!” He asked for more flyers and signed the petition.

Guo, a student who stopped to read the posters, said, “I've heard and seen information about the persecution online and in the news. My teacher said that the perpetrators are afraid of having their crimes exposed. If everyone who knows about this persecution tells others, it will stop.”

One passerby said, “I heard years ago that the CCP harvests organs from Falun Gong practitioners. The CCP's handling of the recent protests in Hong Kong has clearly shown that the CCP hasn’t a shred of humanity.

“The Party arbitrarily deprives people of their basic human rights. We should stand up and say that this is not allowed, that it's a crime. I appreciate and thank you for your perseverance.”