(Minghui.org) November is a busy month in Australia for Christmas parades, and Falun Gong practitioners in Adelaide were recently involved in two such holiday events – in Port Adelaide on November 16, and Norwood on November 23. 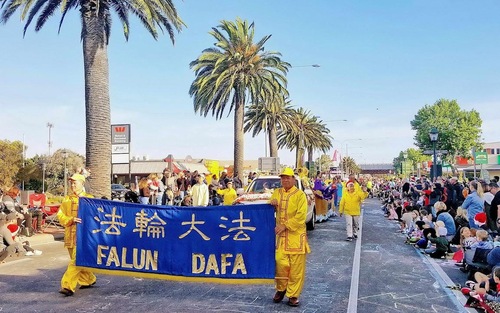 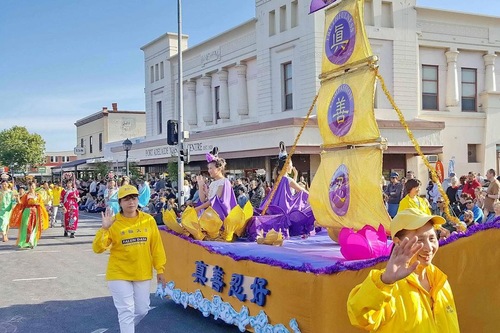 Practitioners take part in the Christmas parade in Port Adelaide on November 16.

Practitioners designed and built a golden boat as their float this year for the Christmas parades and adorned it with the words “Truthfulness-Compassion-Forbearance,” which are the principles of Falun Dafa, and, “Falun Dafa is wonderful.”

Two young female practitioners sat on the golden and purple lotus flowers on the float dressed as celestial maidens. Other practitioners dressed in colorful traditional Chinese costumes followed behind the float on foot. 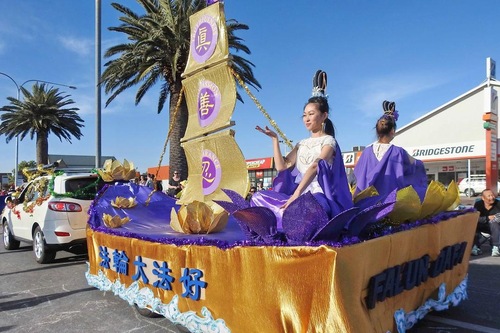 Practitioners dressed as celestial maidens demonstrate the exercise movements on the float in the Port Adelaide Christmas parade.

Helen was one of the two practitioners on the float. She shared after the parade that she reminded herself throughout the event to follow the principles of Truthfulness-Compassion-Forbearance and to remain calm and serene. Helen said she learned to be more forgiving and considerate towards others through practicing Falun Dafa.

Kim is a Vietnamese practitioner who learned about Falun Dafa on the Internet. She said that six months into practicing Falun Dafa, her health improved markedly. She also got on better with others and understood the purpose of life. Kim shared that she had become calm and strong and she had learned to face difficult situations in life. 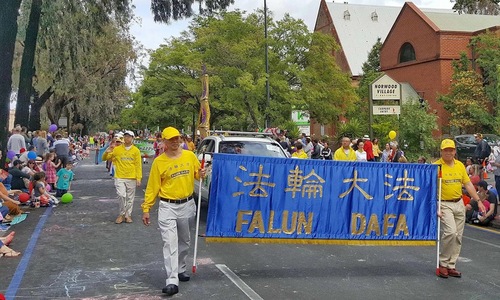 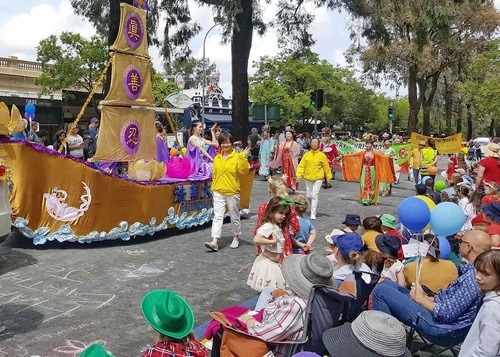 Practitioners participate in the Christmas parade in Norwood on November 23.

Many Chinese immigrants saw the parade in Norwood city and took photos. Ms. Du, who is originally from Shanghai, watched the parade with her family. She praised the Falun Dafa parade entry because they were promoting traditional Chinese culture. 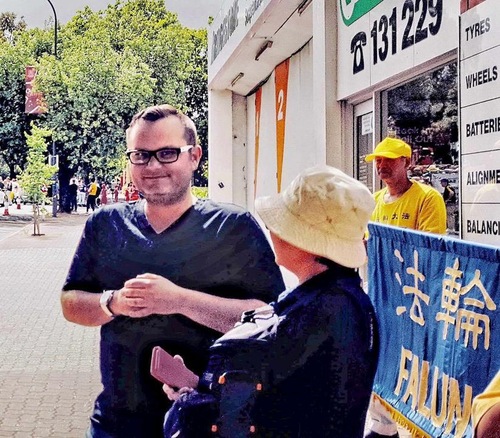 Wade told practitioners that their float was gorgeous. His friend had told him about Falun Dafa, and he had seen practitioners in Adelaide, Taiwan, and Hong Kong raising awareness of the persecution in China. He said he knew that the communist regime in China takes organs from imprisoned practitioners and sells them. He said he was glad that practitioners are free to attend community events in Australia and share the benefits they have gained from practicing Falun Dafa. 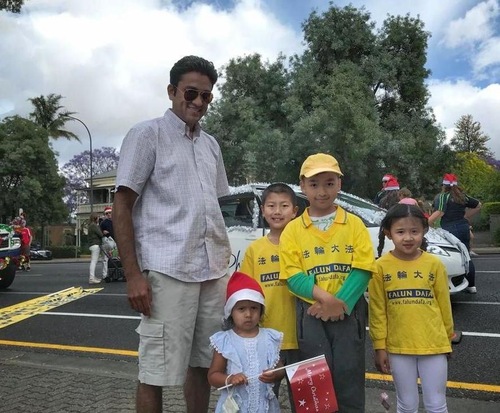 Gren and his daughter, with little practitioners at the parade.