(Minghui.org) The 48th Newark Community Day was held on the campus of the University of Delaware on September 15. The annual event attracted visitors from Delaware, Pennsylvania, Maryland, and New Jersey. Falun Dafa practitioners were invited to the event to introduce the ancient spiritual cultivation practice, and raise awareness of the ongoing persecution in China. 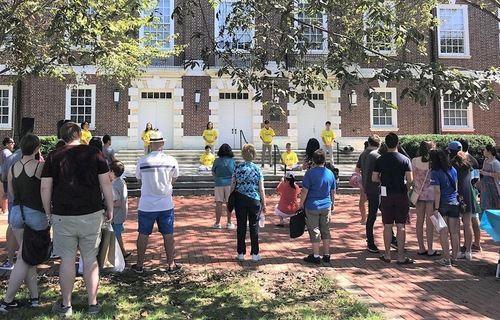 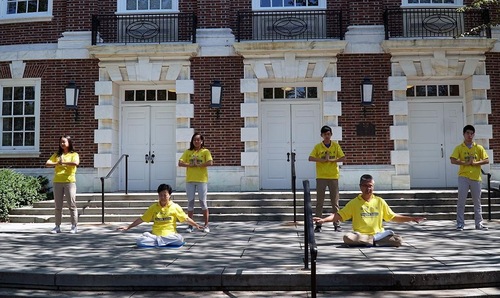 The event is co-hosted by the City of Newark City, Newark Park and Recreation Department, University of Delaware, and Christina School District. It is one of the most visited fall events in the region.

According to Sharon Bruen, director of Park and Recreation of Newark City, 230 vendors participated in the event, including a farmers market that was set up by the newly established Newark Natural Foods, and ten of its suppliers.

The event also had several music stages, a food court, a playground for children, and art and crafts booths. 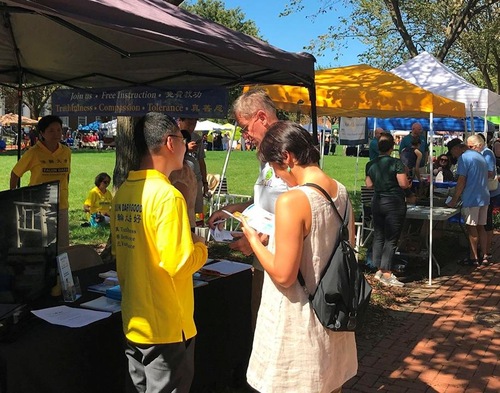 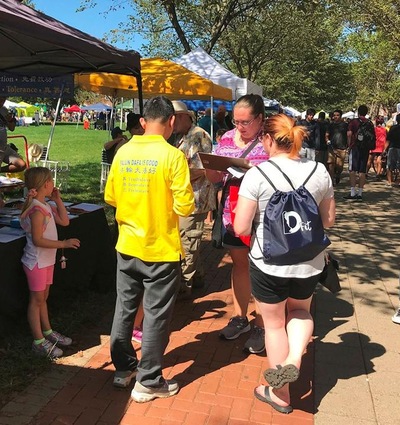 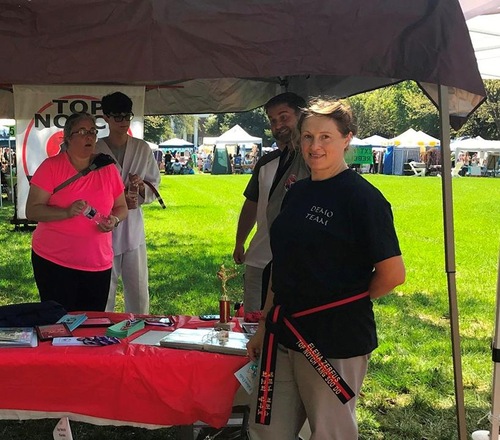 Elena, assistant coach from Top Notch Karate, was very interested in Falun Dafa. Born into a Romanian immigrant family, Elena had heard a lot about the persecution of honest people by the communist regime. She said, “Everyone should experience freedom of religion, no matter in what country.” 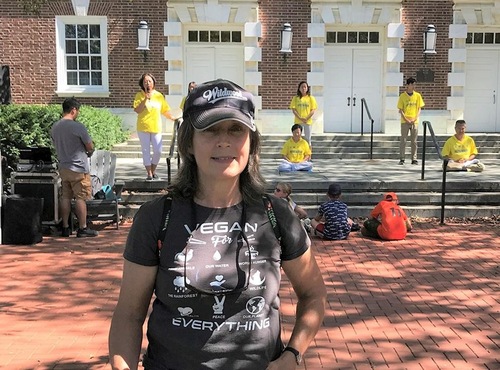 After Victoria watched the Falun Dafa exercise demonstration, she took an informational flier about the practice and said that she was interested as she felt the exercises could improve health.

She said, “As the Dafa principles are Truthfulness-Compassion-Forbearance, I don’t see how the practice could harm anyone or any society, as the Chinese communist regime claimed.” She signed a petition appeal to the senators of Delaware to help end the persecution. “I will tell my friends and family,” she added.