(Minghui.org) Falun Gong practitioners participated in the 151st annual San Francisco Italian Heritage Parade under invitation on October 13, 2019. They received a warm welcome from spectators along the route. 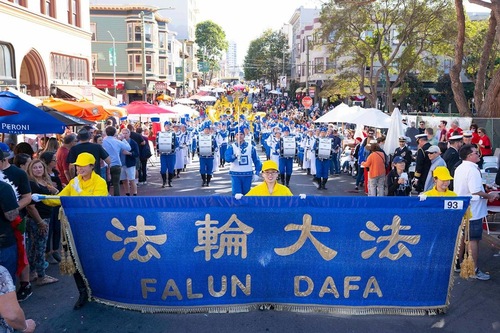 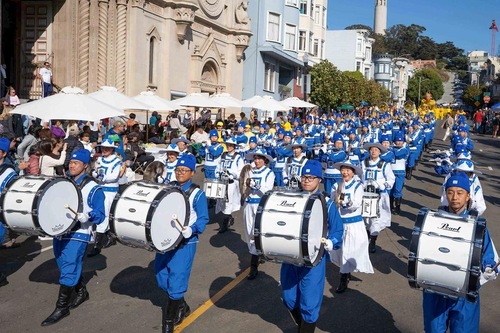 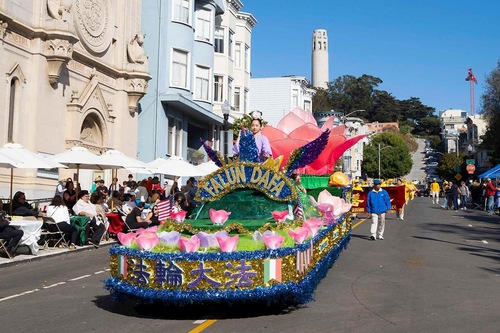 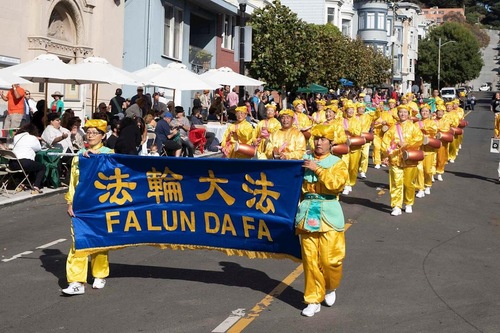 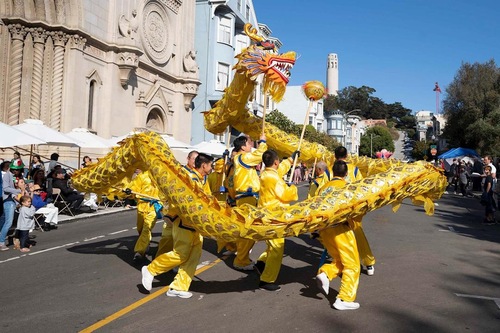 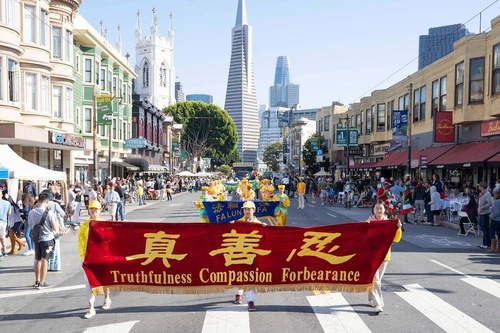 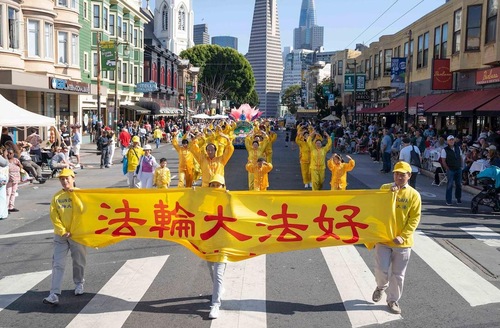 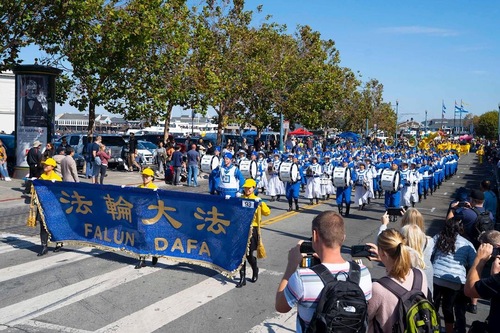 The parade started from Fisherman’s Wharf at noon, proceeded south through North Beach on Columbus Avenue, and ended in Washington Square.

The Falun Gong procession was composed of the Tian Guo Marching Band, an exercise demonstration team, lion dancers, a float, and a waist drum team. Many spectators waved, applauded, and took photos of the group. 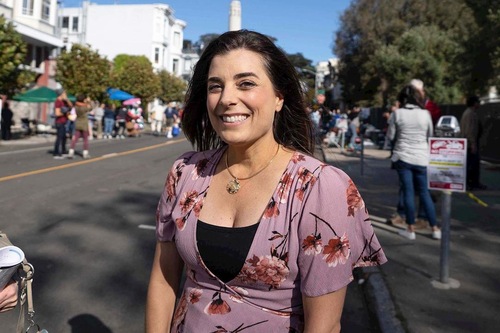 Amy Wilton, the chair of the parade organizing committee, was very proud to invite the Falun Gong team to participate in the parade. “They brought a beautiful and rich color to our parade. We welcome Falun Gong,” she said.

Wilton said Falun Gong was “one of the most colorful and elegant teams” in the parade and added that practitioners brought peace and tranquility.

Doctor: I Like the Principles of Truthfulness, Compassion, and Forbearance 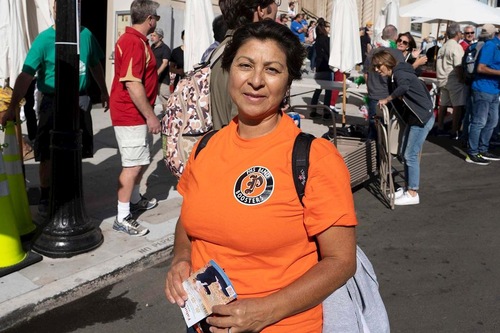 Dr. Eunice Gonzalez applauded the Falun Gong team and said, “They look so peaceful. When you see them, you know they can overcome any difficulty and conquer everything. 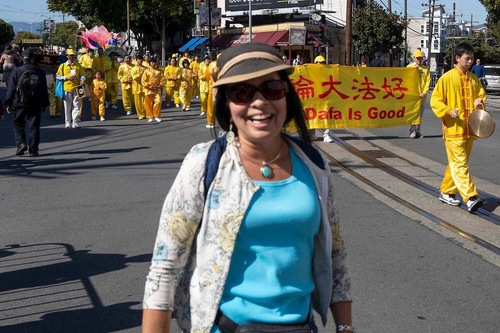 Diane was pleased to see Falun Gong practitioners in the parade.

Bay Area resident Diane had heard about Falun Gong before. She said, “The Falun Gong team is very beautiful. I am very glad that you are fighting for freedom for your fellow practitioners in China. I know that the Chinese Communist Party (CCP) is persecuting Falun Gong. This is too horrible. The CCP should not interfere with people’s freedom of belief.”

The San Francisco Italian Heritage Parade is the oldest Italian-American festival with over one hundred years of history, and it is one of the largest parades in Northern California. According to the organizers' estimates, hundreds of thousands of viewers watched the parade this year.