(Minghui.org) Falun Gong practitioners held activities in front of the House of Representatives of the Netherlands in The Hague on September 9 and September 30, 2019, calling for the government to help stop the persecution of Falun Gong that has been enforced by the Chinese Communist Party (CCP) since 1999. The public responded with heartwarming support. 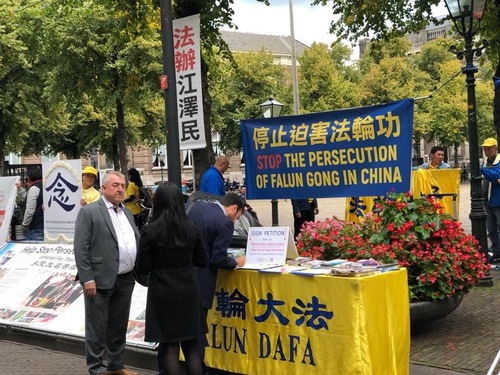 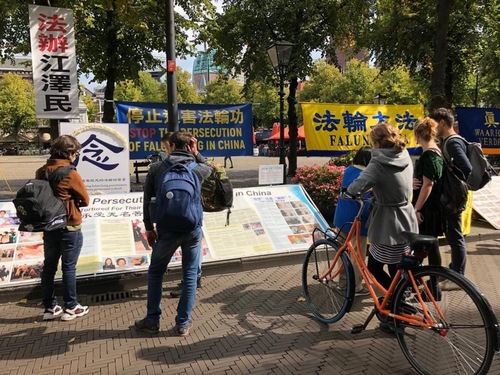 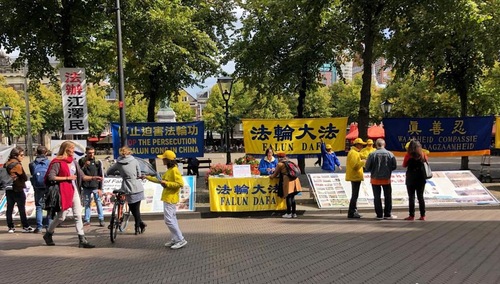 Practitioners hold activities in front of the House of Representatives of the Netherlands in The Hague to raise awareness of the persecution of Falun Gong in China.

Representatives brought up China’s deteriorating human rights record, including its persecution of Falun Gong, Uyghurs, and Christians. The CCP's crime of harvesting organs from the living was mentioned several times during the meeting.

In his speech at the 74th session of the United Nations General Assembly in New York, King Willem-Alexander said, “Anyone guilty of genocide, war crimes, terrorism, and human trafficking must be held to account.”

RTL Nieuws, one of the largest Dutch TV stations, ran an interview with CDA MP Martijn van Helvert on September 30. MP Helvert said that the CDA party wanted the government to ask China for clarification about residents of its country whose organs are being taken against their will. 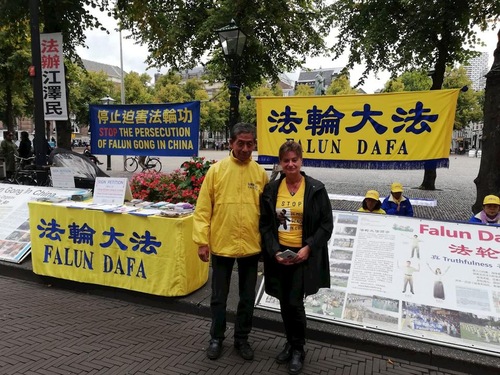 Tanja supported the Falun Gong activities by making a special trip to The Hague.

Tanja made a special trip to The Hague to support Falun Gong. She said she had read an Epoch Times report on the CCP's harvesting of organs from living practitioners and was outraged. She was appalled when she learned that the persecution had been going on for 20 years.

“If all Dutch people could follow Truthfulness-Compassion-Forbearance, all of our problems would be solved. No words can describe how serious the organ harvesting is. I have never heard of anything worse than this. The Chinese Communist Party is evil. Falun Gong is great. The Communist Party is simply jealous,” she said.

Local residents Mr. and Mrs. Mulder had learned about the CCP's escalating persecution of its citizens from the newspaper. They signed a petition calling for the government to help stop the persecution of Falun Gong.

Another local resident, Annet, signed the petition and said, “The CCP persecutes people of faith. Truthfulness, Compassion, and Forbearance are values we should safeguard. They are the basic values of our civilization!”

Many people who passed by took some time to learn about the CCP's persecution of Falun Gong. They realized how serious the persecution is and many wanted to help spread the word.