Additional Information About the Death in Custody of Ms. Han Hongxia

(Minghui.org) Ms. Han Hongxia died on March 10, 2017, five months after she was sent to Baicheng City Detention Center for her faith in Falun Gong. 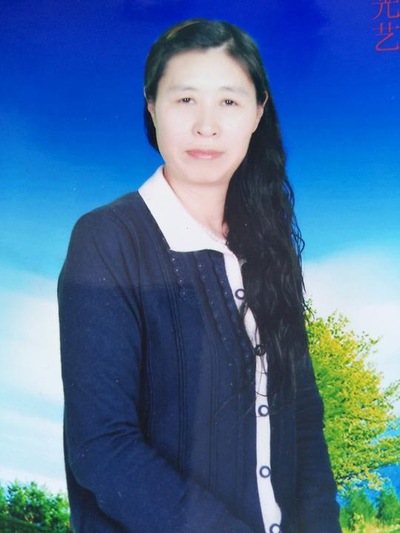 From the second day she was held at the detention center, Ms. Han was interrogated with her hands cuffed. She was ordered to give up her faith. She refused and was verbally abused.

Ms. Han returned from the interrogation one day extremely weak and her face very red. She could hardly stand on her own.

She managed to stagger to her bed and fell onto the bed. She never stood up again.

The detention center guards and doctors force-fed Ms. Han with unknown drugs. She was on the verge of death in a few days.

Fearing that she would die in the detention center, the guards sent her to a local hospital.

Ms. Han's family was informed by the hospital on March 8, 2017 that she was in critical condition from lung failure due to infection and fluid accumulation. She died two days later.

The guards who tortured Ms. Han later bragged to their colleagues that “it was fine to torture Falun Gong [practitioners] to death.”

Another practitioner, Ms. Wang Hongyan, in her 50s, also recounted brutal torture at Baicheng City Detention Center, including being slapped in the face, waterboarded, sleep deprived, and other forms of corporal punishment for her faith in Falun Gong.