(Minghui.org) As Chinese New Year draws near, Falun Dafa practitioners in Taipei gathered on January 12, 2019 at Shilin Official Residence to wish Master Li Hongzhi (Falun Dafa's founder) a happy Chinese New Year. They did the exercises and talked about the positive impact Falun Dafa has had on their lives. 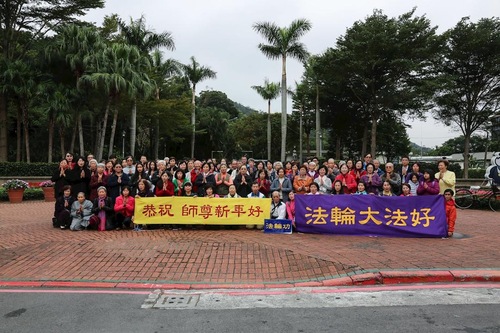 Renowned for it's Chinese and Western gardens, Shilin Official Residence is a popular tourist destination. Many tourists, especially Chinese tourists, stopped to watch the exercise demonstration and take photos. Some read the informational posters and listened as practitioners clarified the facts about the Chinese Communist Party's (CCP) persecution of Falun Dafa. 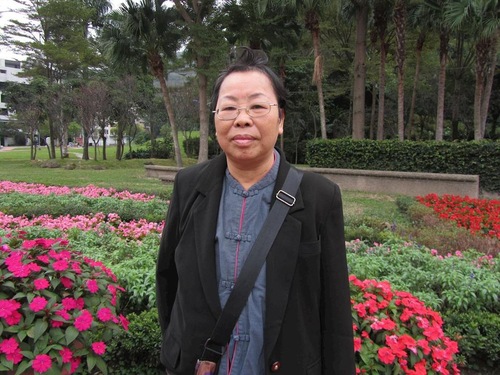 Ms. Ma was illiterate before she began reading Zhuan Falun (the main book of the teachings).

Ms. Ma immigrated to Taiwan 40 years ago from China. Although she was 11 years old at that time, she could not read or write.

In 2002, Ms. Ma received Zhuan Falun, Falun Dafa's main book of teachings, but she could not read it. In 2009, she participated in the Nine-Day Lecture Series. Encouraged by other practitioners, she tried to read the book every day, and gradually she was able to read the words. A year later, she could read the entire book. She now reads all the other Dafa books and articles by Master Li.

She said she appreciates Master Li and Dafa for giving her a new and meaningful life. She wishes Master Li a happy Chinese New Year and promises to be more diligent and to save more people. 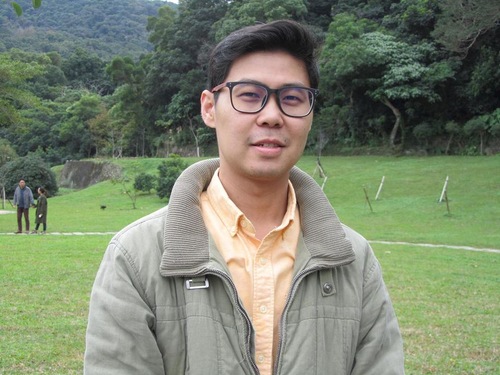 Lei Ching-wei is a Chung Chou University of Science and Technology graduate. He started practicing Falun Dafa after attending a Nine-Day Lecture Series with his mother when he was a sophomore in high school.

As often as he can, Lei goes to tourist attractions to talk to people about the persecution. 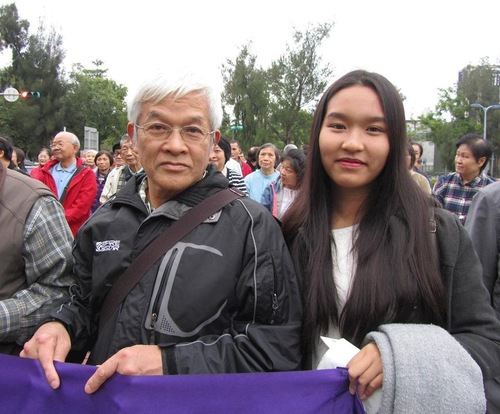 Chang Lian-tung and his grand-daughter Chang Fang-yu. “Falun Dafa is exactly what I've been looking for!” said Mr. Chang

When Chang Lian-tung turned 40, he began searching for something more meaningful in life, so he began looking into various religions and cultivation practices. Ten years ago, a practitioner gave him Zhuan Falun. Mr. Chang said that before he even finished reading Zhuan Falun he became very excited and exclaimed, “This is exactly what I've been looking for!”

Mr. Chang recalled that he had a hot temper, and suffered from degenerative arthritis, hepatitis B, stomach ulcers, and other ailments before he began practicing. However, within one year, all of his illnesses disappeared after he began practicing Falun Dafa.

His granddaughter Chang Fang-yu is a middle school student. When she was in the second grade she began practicing Falun Dafa with her grandparents. She said that following the principles has helped her to become kind and compassionate.

“I'm learning to paint,” explained Fang-yu. “Studying the teachings has helped opened my wisdom, and my painting skills have greatly improved. I deeply appreciate Master.” 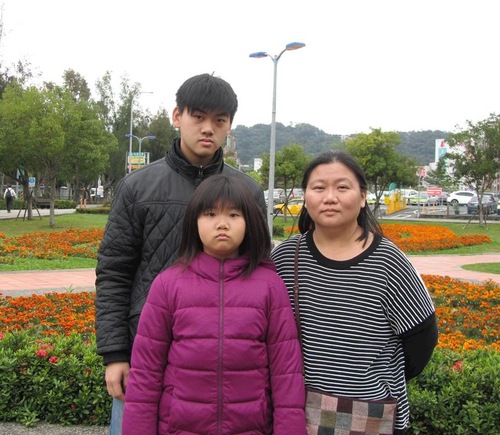 Ms. Lu and her son and daughter are grateful that Falun Dafa healed Ms. Lu of a debilitating ailment.

Ms. Lu said that she was unable to walk after giving birth because her sciatic nerve was injured. She had to quit her job and concentrate on treating her condition.

In 2001, she saw a banner with three characters, "Truthfulness-Compassion-Forbearance". Curious, she searched online for Falun Dafa, and soon began practicing. She said, “All my illnesses were gone within a month after I began practicing Falun Dafa.”

Her husband is very supportive of his wife and children practicing Falun Dafa and in their participating in various activities to raise awareness of the persecution.

Ms. Lu said, “I know that my family is happy and harmonious because I practice Falun Dafa, and we are very appreciative.”