(Minghui.org) The local Falun Gong group participated in a public health activity in the sports center of Brazil’s University of São Paulo on August 4. They introduced the peaceful and spiritual cultivation practice of Falun Gong (also know as Falun Dafa) and many attendees took advantage of the opportunity to learn the exercises on the spot. 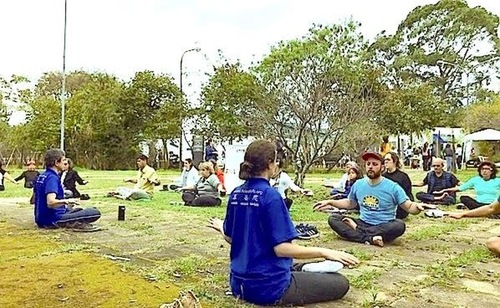 Falun Gong meditation is taught to attendees of an event at the University of São Paulo. 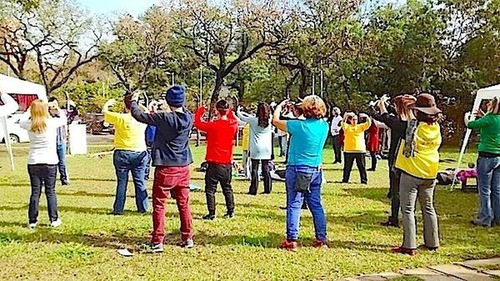 Falun Gong exercises are taught to attendees of an event at the University of São Paulo. 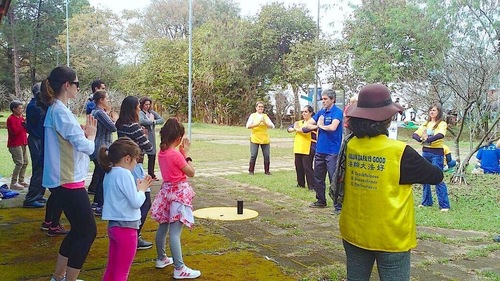 Shortly after Falun Gong practitioners started with their exercise demonstration, more than 10 people joined them to learn.

Practitioners held four teaching sessions for interested people. By the end of the activity, more than 50 people had learned the full set of five exercises. More received introductory flyers and learned about the persecution of innocent Falun Gong practitioners in China.

A lady named Vanessa came from Rio Claro, a city about 170 kilometers away from São Paulo. By the time she arrived, the teaching session was already on exercise five. She gathered another group of interested people and together, they learned the exercises from scratch. She enjoyed learning the exercises so much that she wanted to learn more about the practice of Falun Gong.

Many people who learned the exercises told practitioners that they had felt a sense of energy and inner peace.