Centenarians Experience Miracles When Believing in Dafa (I)

(Minghui.org) Falun Dafa, which was introduced to the public in 1992 by Master Li Hongzhi, teaches people to live by the principles of “Truthfulness-Compassion-Forbearance” and think of others first when doing things.

Millions of Falun Dafa practitioners worldwide have benefited mentally and physically from practicing Dafa. They have improved their morals and gained healthy bodies. Even their family members have been blessed by supporting Dafa.

Mr. Ma Jiyu was born in 1912 in Guangdong Province. He worked as a doctor in the army after moving to Taiwan in 1948. 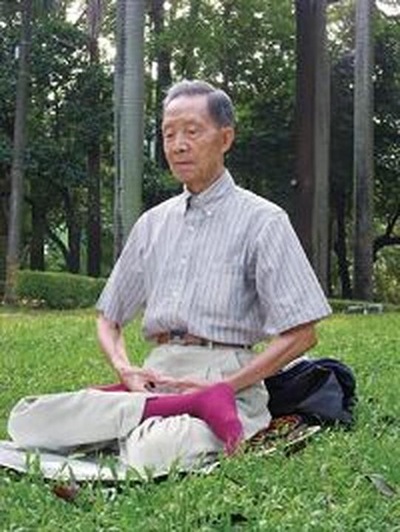 He and his family moved to America after they retired. Although they had a comfortable life, their health declined gradually, and his wife passed away in 1991.

Mr. Ma took his wife's passing very hard and his health deteriorated. He spent more than half a year in a hospital, and he hoped to die.

However, he recovered from all his illnesses after he started to practice Falun Dafa. He benefited from practicing Dafa and decided to travel around America, and different countries, such as Australia, Singapore, and Hong Kong when he was almost 100 years old, to tell people about the persecution of Falun Gong in China.

A female practitioner from Shandong Province is over 106 years old. She is healthy and has a clear mind. Her gray hair has turned black, and lost teeth regrew after practicing Falun Dafa.

She said that she was bedridden and very ill 22 years ago, at the age of 84. Her granddaughter heard in the village that people who practice Dafa recovered from their illnesses. She bought some audiotapes of Falun Dafa lectures and gave them to her grandmother. The more she listened to them, the more she loved them. She said that this was what she had been looking for all her life.

When she first started to do the Dafa exercises she had to lean on her bed and could only stand for about 5 minutes, gradually increasing it to 10 minutes. Through practicing the exercises all of her illnesses gradually disappeared. Besides, she could do some household chores and look after her great-granddaughter.

She used to be a resolute woman who always had to have the last word. After practicing Dafa, she followed the Dafa principles of “Truthfulness-Compassion-Forbearance,” and asked the children in her family to live by those principles.

A 106-year-old woman was diagnosed with late-stage cancer in 2004. The doctors refused to treat her because of her advanced age. Her family thought she would die soon and prepared for her death.

The woman's daughter is a Falun Dafa practitioner and had witnessed benefits derived by people when practicing Dafa, including recovery from illnesses. She asked her mother to recite, “Falun Dafa is good! Truthfulness-Compassion-Forbearance is good!” She also asked her mother to practice Dafa. 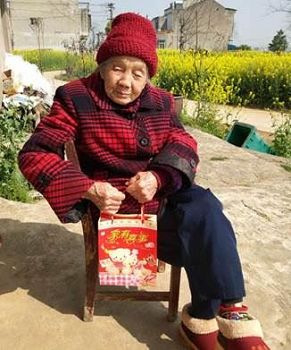 A Falun Dafa practitioner's mother is 106 years old. She is very healthy and has no problems with her eyesight or hearing. Her daughter took her to the hospital for a check-up when she was 90-years-old, and the doctor said that her heart was as healthy as that of a 40-year-old.

The mother has supported her daughter in her practice of Falun Dafa, even after the persecution was launched in July 1999. She gave her money to print Falun Dafa informational materials during the height of the persecution.

Unfortunately, the practitioner was arrested and taken to a forced labor camp for one year in 2009. When her mother went to the labor camp to see her, she told her daughter in front of the police guards, “I know you are a good person. Don't feel as though you lose face because of your imprisonment. People's moral values have disappeared nowadays.”

This practitioner's mother fell in the restroom when she was 100 years old, fracturing her hip. Her family took her to a private doctor to get a fracture healing massage. However, the massage worsened her pain. Later, she was taken to the hospital, but the doctor said the massage had made the fracture worse, and they could not help her.

After going home, the practitioner asked her mother to recite, “Falun Dafa is good! Truthfulness-Compassion-Forbearance is good!”

Three months later, the 100-year-old could get out of bed and walk.

A practitioner's grandmother suddenly became deaf when she was 95-years-old. This practitioner went closer to her grandmother's ear and said: “Grandma, remember Falun Dafa is good! Truthfulness-Compassion-Forbearance is good!”

This practitioner's mother laughed and said, “She can't hear anything when I talk loudly to her. How can she hear you when you talk softly?”

This practitioner said to her grandmother, “You just imitate my mouth movement.”

To everyone's surprise, her grandmother repeated her words. The practitioner's parents couldn't believe it, and said: “It's truly amazing!”

Her grandmother told the practitioner that she recites the two sentences every day. The elderly lady had a high fever when she was 99 years old and was taken to the hospital. When the doctor checked her, they found that her blood pressure and heart rate were like that of people in their 20s.

The practitioner's grandmother lived to the ripe old age of 104.