(Minghui.org) On July 4, 2018, Falun Gong practitioners in Rhode Island and Massachusetts participated in the 233rd Fourth of July Parade in Bristol, RI. This city is known for being home to the nation’s oldest Fourth of July celebration.

The design of the float was awarded the “Most Beautiful Non-Commercial” prize by the event organizer.

The practitioners’ waist drum team followed the float and put on a vibrant, joyful performance. Many spectators along the parade route applauded the Falun Gong group. Some yelled out “Thank you” and “Beautiful Falun Gong.” Some asked where they could learn the exercises. 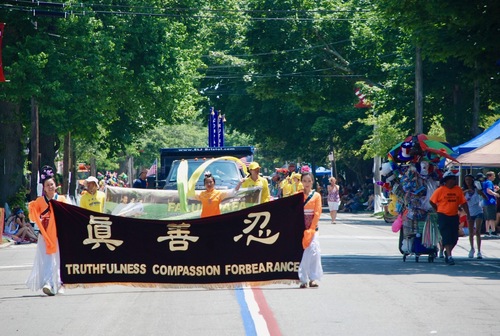 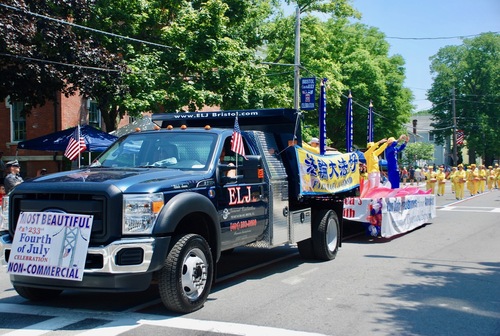 The float and its award 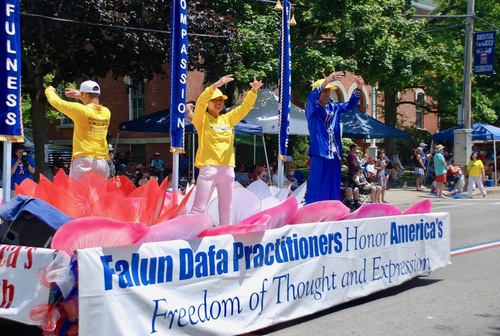 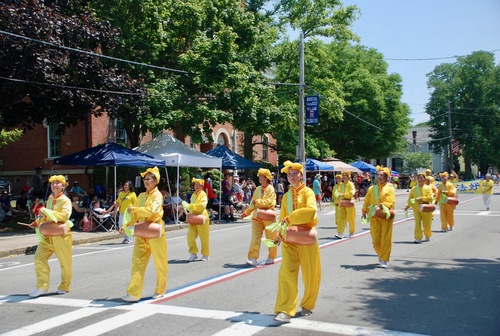 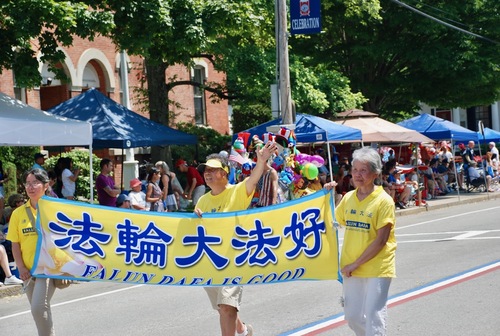