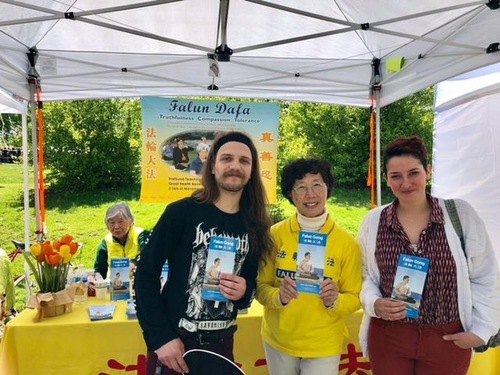 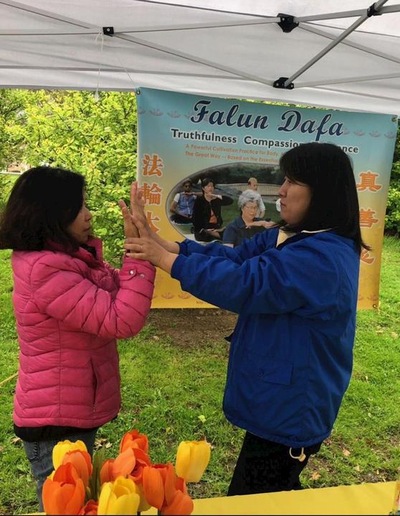 A lady from Taiwan learns the Falun Gong exercises during the event.

A lady from Taiwan had previously met a Falun Gong practitioner in a Chinese market. After hearing about the benefits of Falun Gong, she made an appointment with the practitioner to learn the exercises at the Tulip Festival. Despite the cold weather and rain on Saturday, she came to the festival and learned the exercises on the spot. 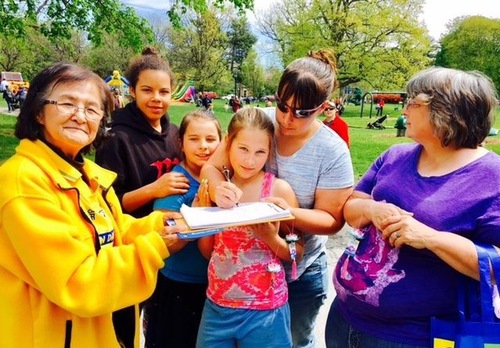 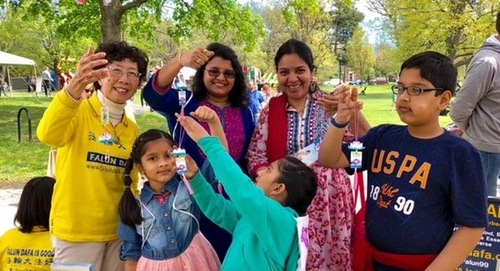 The weather on Sunday was sunny, which brought crowds of people to the festival. Falun Gong practitioners distributed introduction brochures and origami lotus flowers, and told people about the CCP's persecution of innocent people who follow Truthfulness-Compassion-Forbearance. Upon hearing about the atrocities taking place in this modern age, many people signed a petition calling for their end.

A young artist had heard about the persecution. A practitioner told him more about the CCP organ harvesting from living Falun Gong practitioners. He listened with a heavy heart. After talking with the practitioner for thirty minutes, he solemnly signed the petition, and took many introductory brochures to read.

Everyone who learned the facts about the persecution said that it must stop immediately, and were willing to help spread the word. Several people also wanted to learn Falun Gong.