(Minghui.org) Today's news from China includes incidents of persecution that took place in 5 cities or counties in 5 provinces. According to this report, 2 Falun Gong practitioners were subjected to mistreatment during their detention, and at least 9 were illegally arrested. 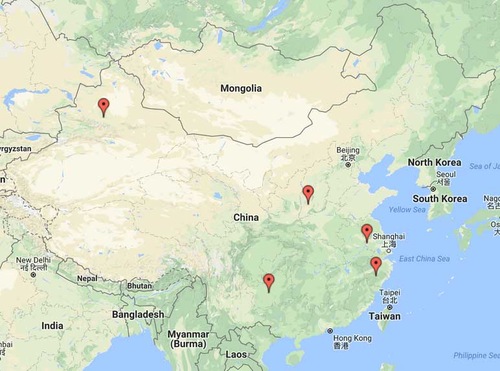 Ms. Wang Jinmei has been held for six months at the Nanjing Detention Center.

Six practitioners were arrested by officers from the Songyang County Police Department on May 22, 2017. They have been held at the Lishui City Detention Center, and are to face trial on March 20, 2018.

Mr. Wang Yijun of Yicheng County, 46, was arrested by officers from the Yicheng Police Department on October 20, 2017. His home was ransacked. He was informed on February 15, 2018 that his case was submitted to the procuratorate.

Ms. Zhang Juhong was tried by the Huaxi District Court on February 13, 2018.

Ms. Zhan Ying and her daughter, Ms. Zou Xiaoyu, were arrested by Domestic Security Division officers on February 16, 2018, after being reported for talking to people about the persecution of Falun Gong and encouraging people to withdraw from the Communist Party.