January 18, 2018 |   By a Minghui correspondent in Liaoning Province, China

Ms. Wu Yefeng’s family attributed her untimely death to the abuse and torture she suffered at Liaoning Province Women’s Prison.

Ms. Wu was arrested on June 15, 2008 for refusing to renounce Falun Gong, a spiritual discipline being persecuted by the Chinese communist regime. She appeared in court on February 6, 2009 and was soon sentenced to five years in prison. Her appeal was turned down on May 26, 2009, and she was transferred to prison a few weeks later.

The prison guards forced Ms. Wu to watch and read materials slandering Falun Gong. She refused to give up her belief and got pricked by needles on the knee.

The incessant brainwashing sessions took a toll on Ms. Wu’s health. Not long after her imprisonment, Ms. Wu developed signs of autism and aphasia (language disorder).

Around September 2011, she was moved to the prison hospital, where she was forced to take unknown drugs every day. Inmate Wang Cuiping beat her on a regular basis. In no time, Ms. Wu suffered a mental breakdown. 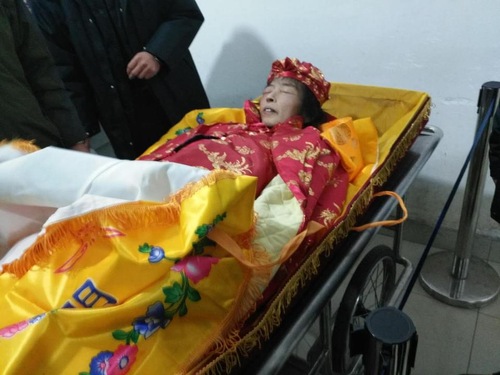