(Minghui.org) Swiss Falun Dafa (also called Falun Gong) practitioners held activities outside the venue of the 14th Congress of the International Society for Organ Donation and Procurement in Geneva from September 6 to 9, 2017.

To raise awareness of the crime of forced organ harvesting from Falun Dafa practitioners and other prisoners of conscience in China, they handed out fliers, DVDs, and pamphlets; displayed banners denouncing the Chinese Communist Party’s state-sanctioned forced organ harvesting; and read a statement at a rally. 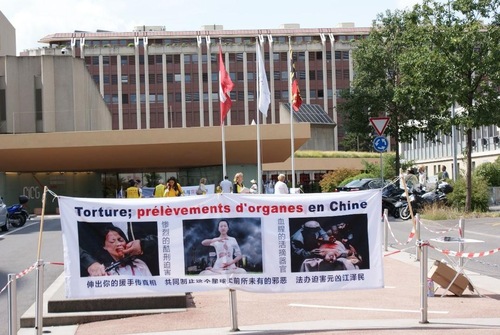 Falun Dafa at the Geneva International Convention Center on September 6, 2017

The public statement, which was read in English, French, and Chinese, outlined the beginning and scope of the persecution of Falun Gong initiated by former Chinese leader Jiang Zemin in July 1999.

Jiang gave orders to “crush” Falun Gong by “ruining their reputations,” “destroying them financially,” and “eliminating them physically.”

As a result, many practitioners were arrested and had their organs harvested against their will, some while they were still alive. Their bodies were then cremated to destroy any evidence. 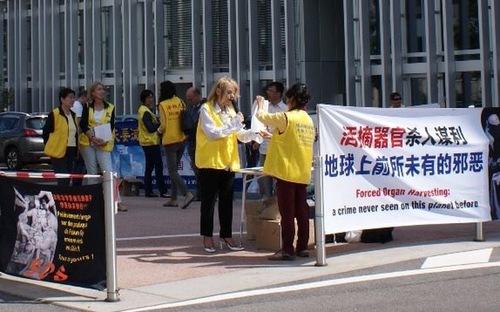 Reading the statement at the 14th Congress of the International Society for Organ Donation and Procurement in Geneva, Switzerland 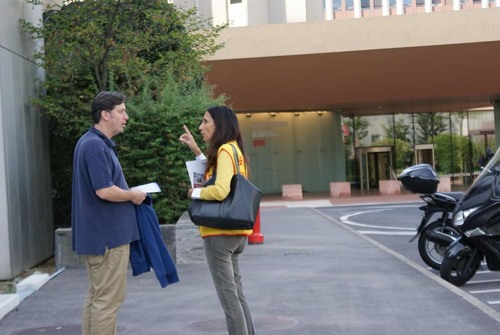 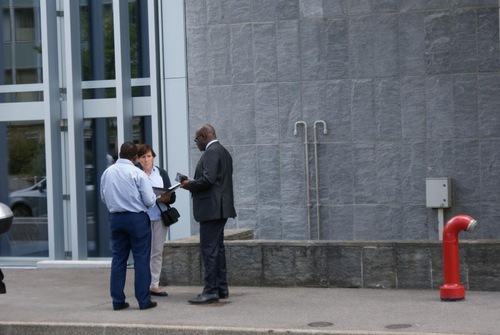 Doctors from France, Sweden, Turkey, and many more countries expressed their support.

A French physician encouraged the practitioners to attend future conventions like this one and said they were doing a great thing.

An international law enforcement officer from the United States confirmed that evidence for forced organ harvesting existed. “We know they are after the money. They can do anything for money,” he said.