(Minghui.org) July 20 marks the 18th year of Falun Gong's peaceful resistance against the persecution of the spiritual discipline in China. Practitioners and supporters all over the world have held various events this week, condemning the human rights abuses of the Chinese Communist Party and calling to end its mistreatment of Falun Gong practitioners.

The July 19 rally in front of the Chinese embassy in Ottawa included speeches by Member of the Ontario Provincial Parliament Jack MacLaren, Secretary General of Amnesty International Canada Alex Neve, and former Canadian Member of Parliament and diplomat David Kilgour.

Rally in front of the Chinese embassy in Ottawa 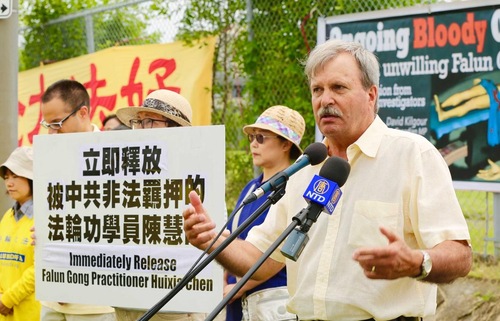 The lawmaker called for the attention of Chinese embassy officials: “We do not accept the persecution. It is not accepted anywhere in the world.”

He added in his words directed at the Chinese government that Falun Gong practitioners all over the world will never stop their efforts, and that Canada will stand with practitioners against the persecution.

“We will not stop until it ends,” he said. 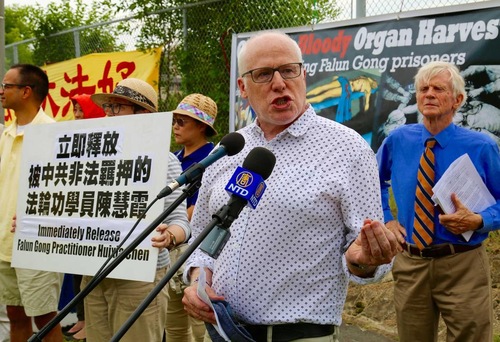 Alex Neve spoke to the brutality of the persecution and called it a human rights crisis by any measurement.

Neve added that the persecution has been extended to Canada, as several Canadians' family members in China have been tortured for practicing Falun Gong. He also expressed concerns about Sun Qian, a Canadian businesswoman who has been imprisoned in Beijing since last February. 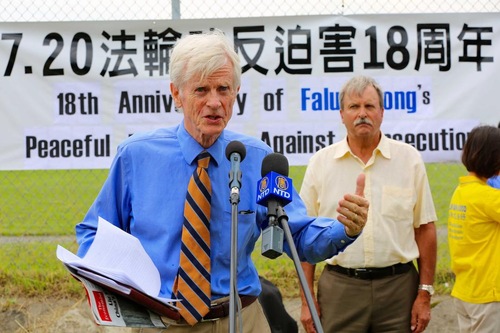 Together with human rights lawyer David Matas and investigative journalist Ethan Gutmann, David Kilgour published a new report in June 2016 detailing new evidence of the killing of imprisoned Falun Gong practitioners for their organs from data collected from 712 Chinese transplant hospitals. The authors estimated that Chinese hospitals perform 60,000 to 100,000 organ transplants every year.

Kilgour called upon Chinese president Xi Jinping to do good for China by ending the persecution of Falun Gong.