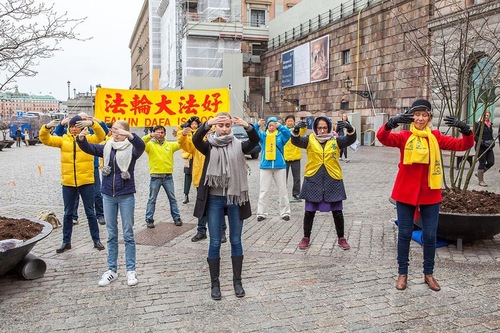 Group exercises at the public square of Mynttorget in Stockholm, Sweden, on April 8, 2017. 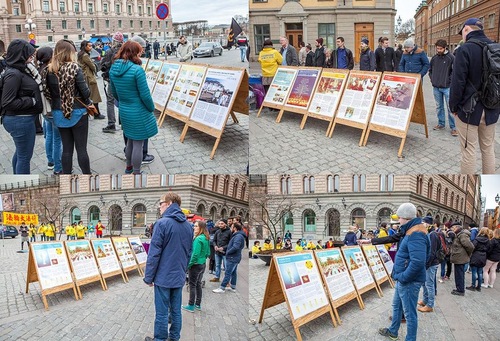 A large number of tourists and local residents stopped to learn more. Many of them talked with practitioners and signed petitions calling to end the atrocities in China.

Frank, a high school student, said he had heard about Falun Dafa previously, including organ harvesting from living practitioners. “I have just completed a project focusing on human rights abuses in China,” he said. “I will do what I can to help.”

A local resident, Uppsala, had been to Tibet and he can speak simple Chinese. “I know what is going on in China. In fact, many of my friends are also aware how Chinese communist mistreats people, including detention, torture, and forced organ harvesting.” In the end, he signed a petition with both his Swedish name and Chinese name. 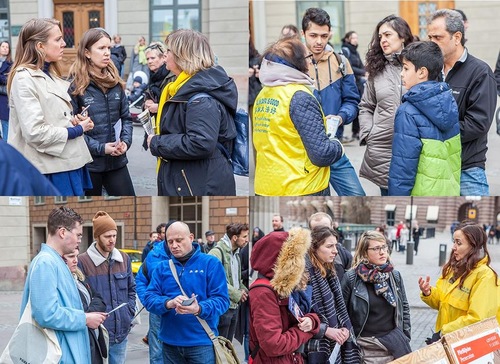 Tourists and residents talk with practitioners about Falun Dafa. 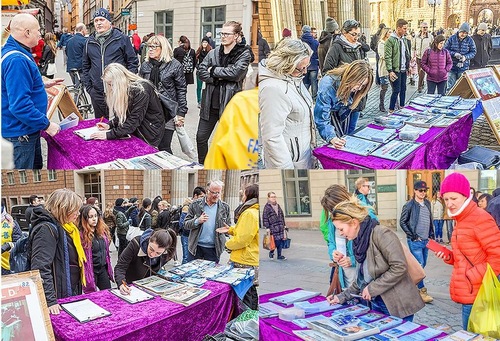 Many people sign petitions that call for an end to the brutality in China.

Maria stopped at the event with her son Leon. She signed a petition and said to her son, “People are being murdered in China for their organs. They were killed because of their belief. We must help them.” Leon nodded and signed a petition, too.

One day before the event, a truck attack occurred in Stockholm and it was widely reported by news media. One man said, “If more people practiced Falun Dafa, it would be a better world.”