(Minghui.org) Falun Gong practitioners from Hamburg, Germany, held an event on April 8 to raise awareness about the persecution in China. The group set up displays and distributed flyers to passersby in the downtown area. 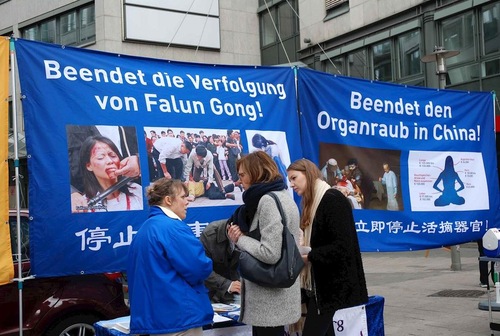 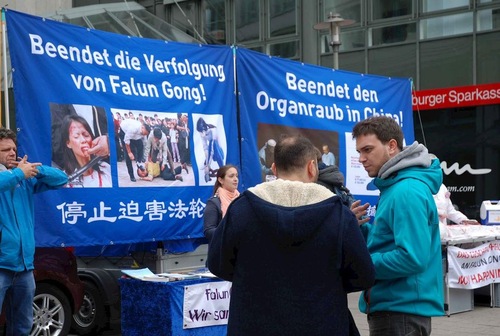 A middle-aged German woman who stopped to learn more praised the practitioners' efforts, saying, “What you are doing is great! From the bottom of my heart, I hope the government will end the persecution. It must be stopped.” 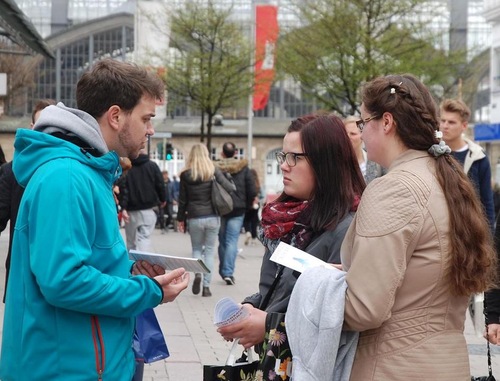 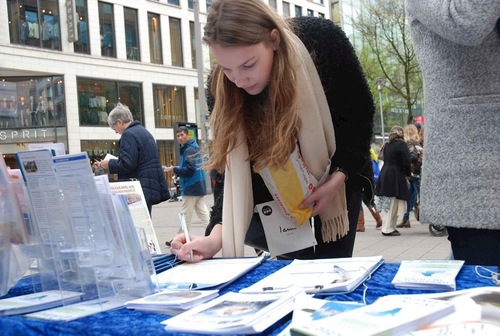 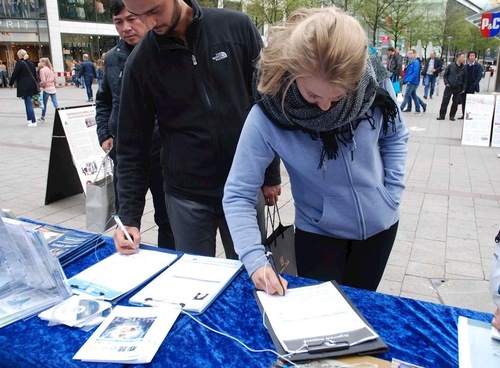 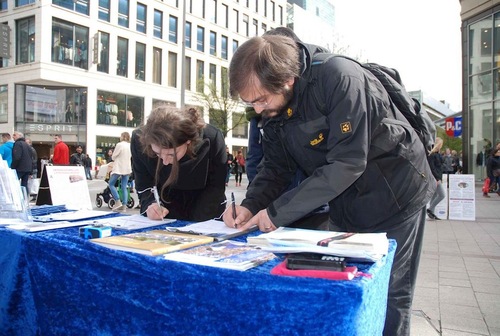 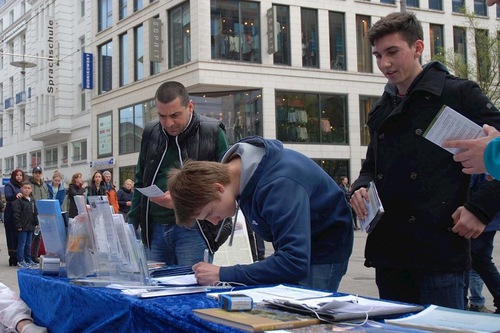 Eva and Regine, two native residents of Hamburg, were shocked by the state-sanctioned organ harvesting crimes. Regine, who has visited China, said, “We must stand together to end this persecution. Everybody should help and do what they can.”

Some who stopped to sign the petition said they were well-informed about the organ harvesting atrocities, as they had attended the documentary screening on the issue at Abaton Theater in Hamburg last year.