(Minghui.org) Visitors to the 2017 Chinese Culture and Cuisine Festival in Phoenix enjoyed having Falun Gong present at the festival. Many people learned the Falun Gong exercises and developed an appreciation for the health benefits of the practice. They also became aware of the ongoing persecution of the practice in China. The festival ran from February 10 - 12.

Many who watched the practitioners demonstrate the exercises asked to learn the movements. One woman commented that she was very relaxed after doing them and could not stop smiling. “This is my best day so far, this month,” she said. 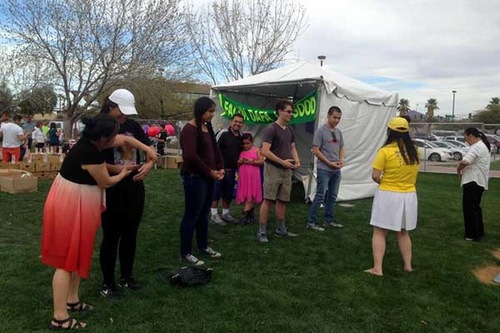 Young people learn the Falun Gong exercises at the 2017 Chinese Culture and Cuisine Festival in Phoenix.

A woman came to the booth with her son. Both of them were interested in learning the exercises. The woman couldn't lift her arms before. As a practitioner patiently walked her through each movement, she was able to move her arms up.

An Indian student asked to learn the exercises as he came by the booth. His Korean friend soon joined him. Three more young people who walked by later also joined the group. They were calm and relaxed among the noise and bustle of the festival.

A woman from Taiwan was very interested in learning the exercises. She was surprised to find that the teaching was free. As she had a relative who died in China during the Cultural Revolution, she understood the severity of the persecution in China.

Chinese People Learn that the Persecution Is Wrong 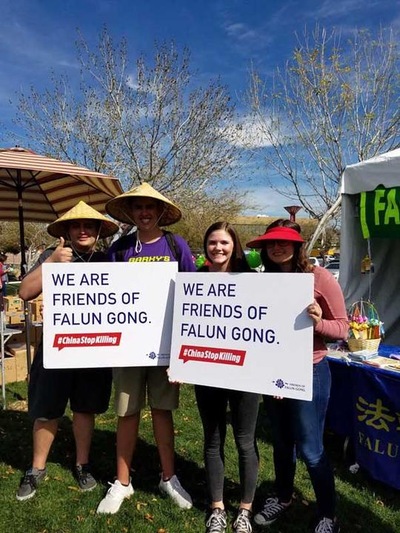 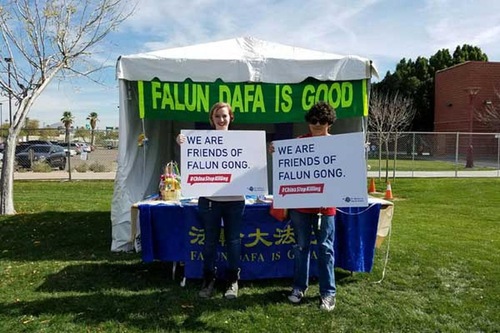 Festivalgoers show their support for Falun Gong practitioners' effort to end the persecution.

After talking to the practitioners, many people learned about the Chinese authorities' involvement in harvesting organs from living prisoners of conscience, the majority of whom are Falun Gong practitioners. Festivalgoers expressed their support for practitioners' effort to end the atrocities in China.

Several people from China, after learning more about the persecution, decided to quit the Chinese Communist Party and its affiliated organizations right then.