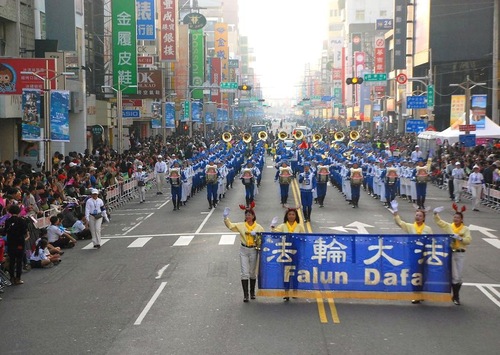 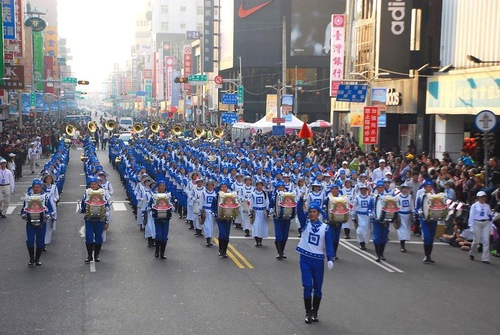 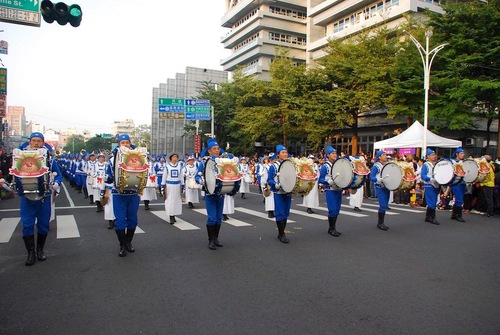 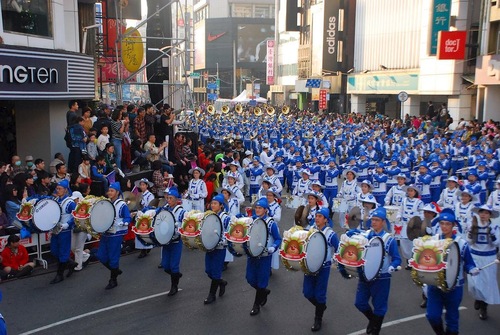 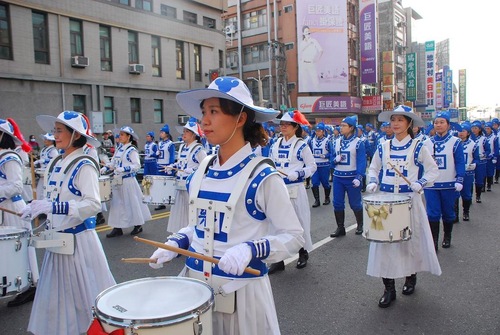 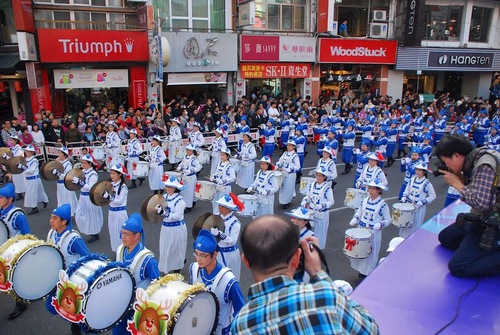 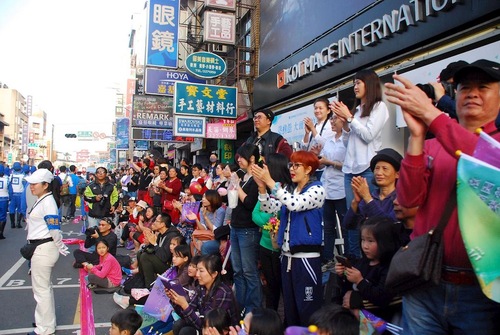 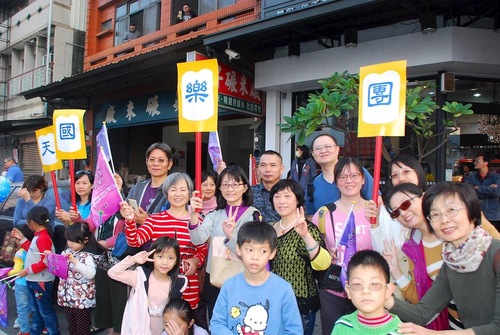 Chiayi first hosted the International Band Festival in 1993. It has continued for more than 20 years and has become well known around the world.

Adding more festivity to the holiday season, a band of 200 French horns participated this year. They gave a performance at Chungshan Road roundabout.

The Tian Guo Marching Band is composed of more than 200 Falun Dafa practitioner members. The Tian Guo entry in the parade procession was led by a banner reading “Falun Dafa.” The band performed Falun Dafa musical pieces with a theme specific to Taiwan, like “Gao Shan Qing” (green high mountain), as well as classics of Christmas time like “Jingle Bells” and “Joy to the World.”

Along the 3-kilometer-long route starting from Chungshan Road, thousands of spectators packed the sidewalks. Many of them cheered the Tian Guo Band, calling it their favorite.

A young mother and her daughter from mainland China praised the band's performance and its size. She signed that she appreciates the freedom in Taiwan in contrast to that of China where Falun Dafa is still being persecuted. 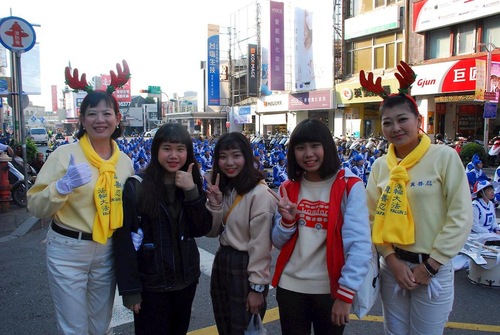 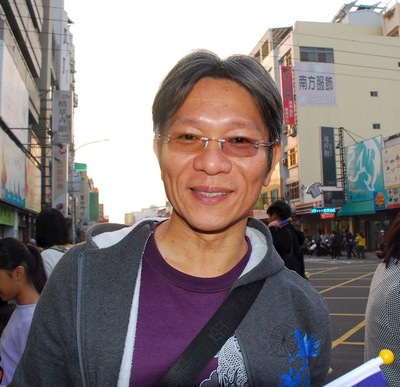