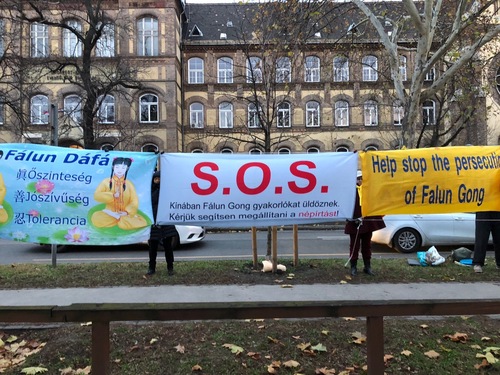 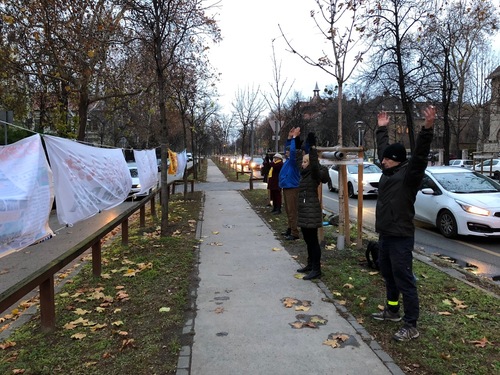 Budapest’s entire city center was blocked off during the meetings, and security was very tight. Chinese government sympathizers were welcomed during the events, but presumably due to pressure from the Chinese Communist Party (CCP), the police did not allow any protests near the summit venue regarding human rights violations in China.

When Chinese Premier Li Keqiang arrived in Budapest, Hungarian Falun Gong practitioners gathered in front of the Chinese Embassy to stage a peaceful protest, calling for an end to the brutal persecution of Falun Dafa (also known as Falun Gong) in China.

A spokesman for the local Falun Dafa Association, Dr. Frusko Eszter, read an open letter to the Hungarian Prime Minister requesting that he speak out for the human rights of Falun Gong practitioners in China and raise the issue of bringing Jiang Zemin – the former CCP leader who initiated the brutal persecution campaign – to justice. The letter also noted that in 2013 the EU urged member states to speak out against the persecution of Falun Gong and against the ongoing organ harvesting from prisoners of conscience in China. 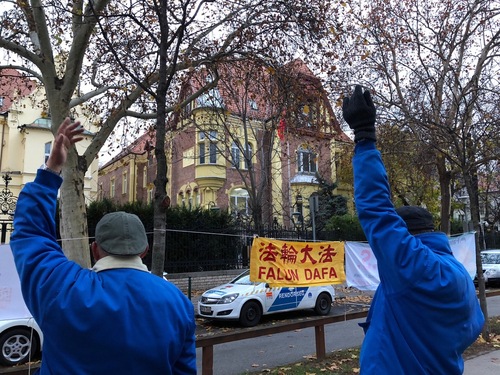 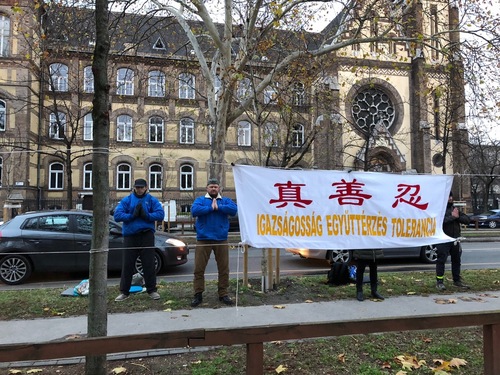 Despite police blockades during the China-CEEC summit, the voice of Falun Gong practitioners found support in the Hungarian media. Nearly ten major newspapers and television stations (including Index, 444, Nepszava, Blikk, Amerikai Nepszava, Hirtv, Atv, and others) reported on the peaceful protests, and several reprinted the open letter to the Prime Minister. Several politically-oriented groups in Hungary, including “Politics Can Be Different,” also supported the cause with prepared statements.

Li Keqiang was to be in Hungary until November 29, and Falun Gong practitioners hoped to hear the voice of their government during the visit.