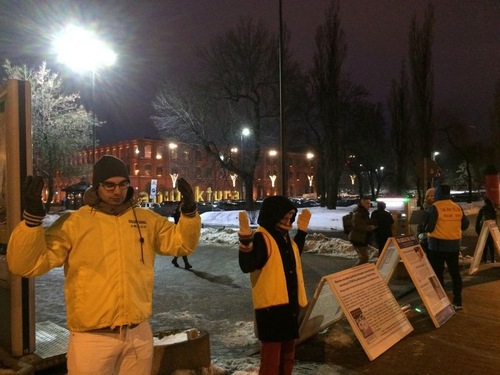 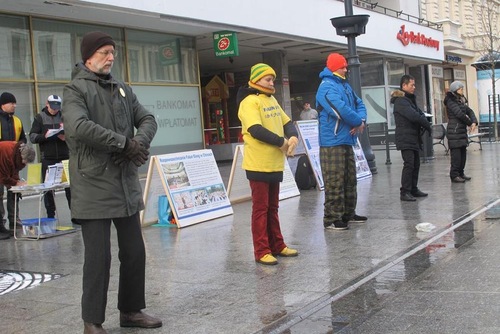 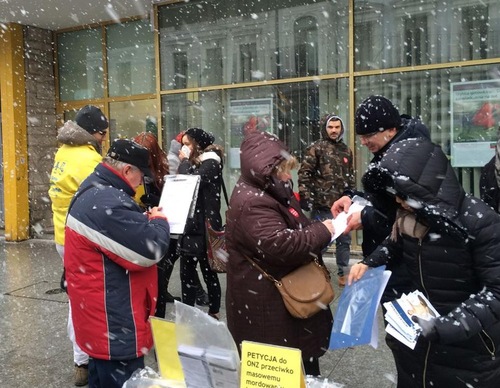 Despite the snow, many stopped to sign the petition protesting the persecution.

Many young people couldn't believe such an atrocity of live organ harvesting was going on in China in the 21st century, but the older Poles readily understood how this could happen under the communist regime. 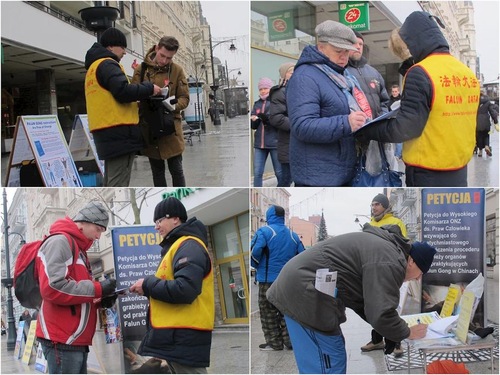 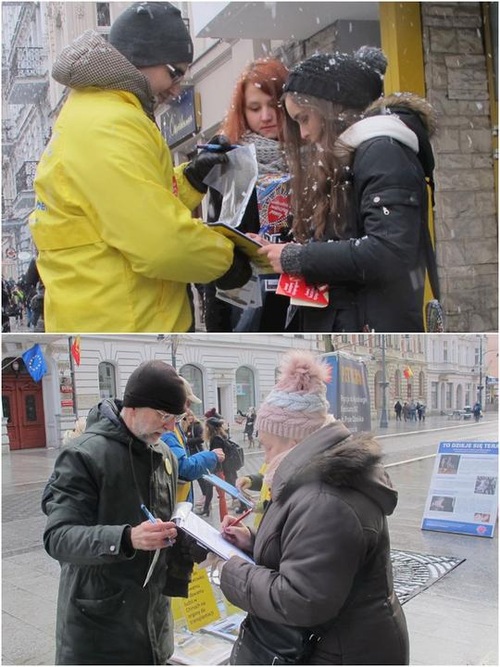 Many Poles sign the petition calling for an end to the organ harvesting atrocities committed by the Chinese Communist Party. 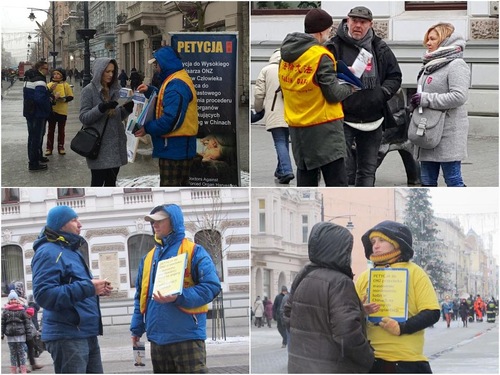 A young Chinese couple passed by the Falun Gong display. The man had heard about the persecution from other Falun Gong practitioners before and had chosen to take a stance by withdrawing from the Communist organizations he had joined. This was the woman's first encounter with the facts about the persecution. She, too, decided to quit the Young Pioneers and the Youth League.