(Minghui.org) A two-week-long art exhibition, The Art of Zhen, Shan, Ren (Truthfulness, Compassion, Forbearance) International Exhibition, completed successfully at the city exhibition hall named after N. Nuzhin on September 13, 2016, in Yaroslavl. Many local residents learned about Falun Gong (also called Falun Dafa), an ancient cultivation practice, and became aware of the persecution of the practice through the artworks. 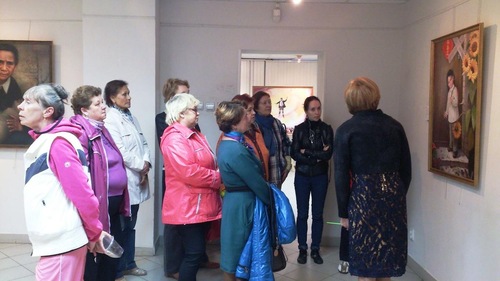 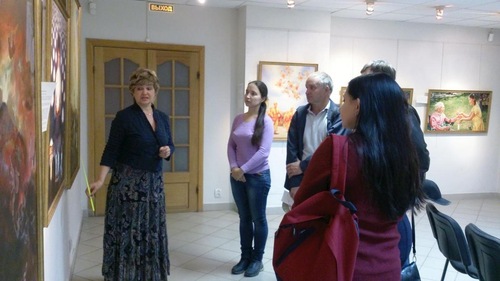 The success of the exhibition also caught the attention of local media.

A local newspaper reported, “Twelve artists from the United States, Canada, Australia, and Thailand displayed their masterpieces at the exhibition. A common interest in an ancient Chinese cultivation practice, Falun Dafa, united them in the search for the ultimate meaning of life and art.”

The story also mentioned the battle between good and evil, compassion, and the persecution of Falun Gong by the Chinese Communist Party.

Local TV Channel One interviewed the exhibition organizers and introduced Falun Gong and its benefits to the public. The interview also discussed the cause for and facts about the persecution of Falun Gong, which was ordered by Jiang Zemin, former head of the Communist Party, in July 1999.