A Book Transformed Me and Saved My Marriage

(Minghui.org) Katja, who lives in Austria, fell in love with Heinz when she was 16. The two married four years later, but there was no “happily ever after.”

In Katja’s words, “From age 20 to 36 was the most difficult time in my life.” With the arrival of three children, the couple grew apart and their marriage was on the rocks.

But one day the Austrian couple discovered a special book that changed their lives and brought them back together again. 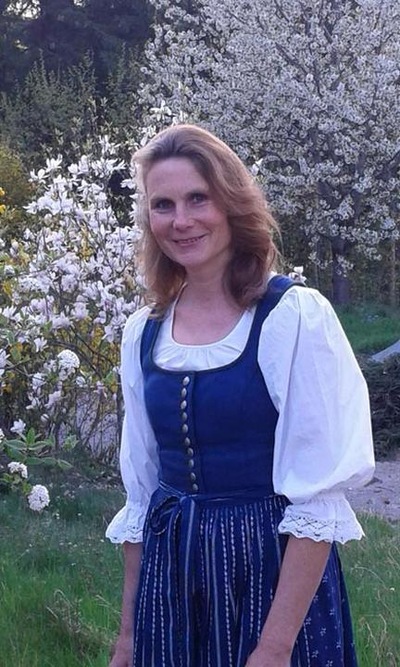 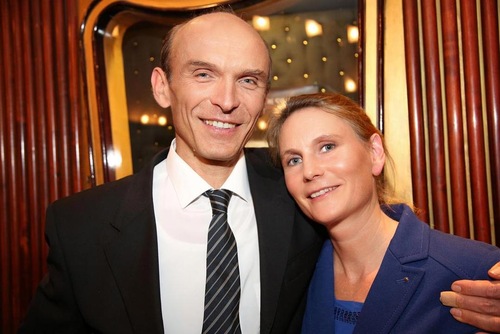 Katja and her husband Heinz.

As a teenager, Katja, who is now 50, fell in love with Heinz. They later married and had three children. As time passed, the differences between them became more pronounced and pushed them apart. She realized that their marriage was in crisis.

“The children took up all my energy and time, and Heinz and I grew apart. He went out often and even wanted to find a new companion. I was just the mother of his kids. I felt that I was not good enough and I lost confidence in myself.”

She became anxious and depressed. Even though she took good care of her children and husband, she felt uncared for and unloved.

A friend of theirs from Germany came to visit in December 2001. He brought with him a very precious book and offered to teach them the exercises that went with it.

Katja and Heinz took turns reading the book, which took them only two days to finish. They both agreed that it was the most incredible book they’d ever read.

The book, Zhuan Falun, contains the teachings of Falun Dafa, a spiritual discipline based on Truthfulness-Compassion-Forbearance, and it answered many questions for both of them.

Katja had spent most of her teenage years reading books and searching for the meaning of life. She spent six weeks in a Buddhist temple in Japan when she was 19, and she and Heinz had visited Buddhist temples in India and Japan many times.

Yet they still struggled to find meaning in their lives and in their marriage.

Reading Zhuan Falun was a turning point for the couple, who soon began to cultivate in the practice.

A New Outlook on Life

Katja said, “Falun Dafa changed my life completely. The teachings guide me to view things differently. I am able to think of others first and be considerate, and, on a daily basis, I can feel the positive changes.”

She continued, “For example, in the past, freedom, to me, meant having things go the way I wanted them to. It is a totally different understanding now: Freedom means I will accept whatever I am faced with calmly, even if it is a challenge. I have the principles of Truthfulness-Compassion-Forbearance to guide me, and I will do better each day.

“I gradually realized that I was also part of the problem when it came to my marriage. I might have hurt him or mistreated him in the past. How could I hold him completely responsible for the failed relationship? No one is absolutely right or wrong; the only thing I can do is to change me, myself.

“I no longer insisted on my point of view, and I began paying more attention to others. My relationship with my husband improved.”

Katja has owned a boutique store in town for over ten years, and she often tells her customers how wonderful Falun Dafa is and how she has benefited from it.

She wishes that everyone can have the opportunity to learn Falun Dafa and benefit from it. She also hopes they will learn about the persecution and help stop it.

She still remembers the first time she helped to promote Falun Dafa. “It was in Graz, and I was wondering how others would perceive us, particularly when it began to rain. I whispered to a fellow practitioner nearby, ‘They might think we are all crazy.’ He quietly replied, ‘Quite the contrary. Our resolve will leave them with a good impression.’”

Katja has been practicing Falun Dafa for the past 15 years. She found answers to lifelong questions and came to understand that life’s trials and tribulations are to help her improve. “I will continue to tell people about the persecution. They deserve to learn the truth and not be deceived by the Chinese Communist Party's lies.”