(Minghui.org) Falun Gong practitioners in Toowoomba, Australia, participated in the 9th Toowoomba Languages and Cultures (TLC) Festival on August 14, 2016. This multicultural event in the “Garden City” attracted more than 10,000 people in the area.

Many visitors stopped at the Falun Gong booth for informational materials or to find out how to learn the practice. 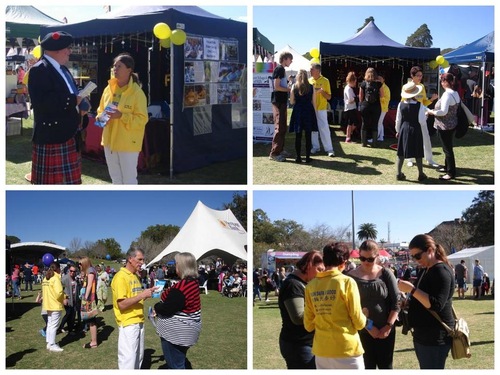 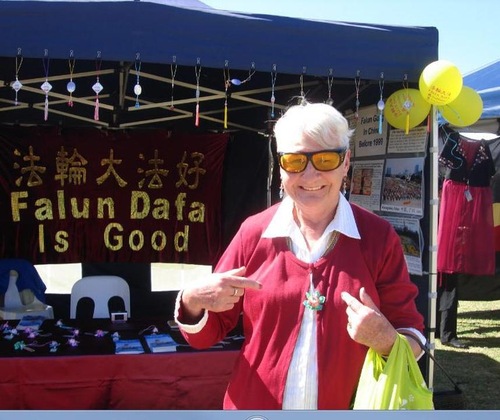 A festivalgoer wears the paper lotus flower she received at the Falun Gong booth.

A woman told the practitioners that she felt she had been drawn to their booth by a strong energy. A practitioner gave her a Falun Gong flyer, and a hand-folded paper lotus flower bearing the words “Truthfulness, Compassion, Forbearance.” The woman exclaimed, “It's beautiful! I'd really like to learn Falun Gong!”

Three ladies stopped at the booth and said they had many friends who would also be interested in learning the practice. They left their contact information so they could make arrangements for a class. One of them said, “My backyard is pretty big. You can come over to teach a large group in my backyard!”