Los Angeles: Rally Marks 17 Years of Persecution and Ongoing Efforts to Stop It

(Minghui.org) Over 200 Falun Gong practitioners held a rally in Santa Monica, California on July 17, 2016 marking 17 years of the persecution of Falun Gong in China. Santa Monica is a well-known tourist destination west of Los Angeles. 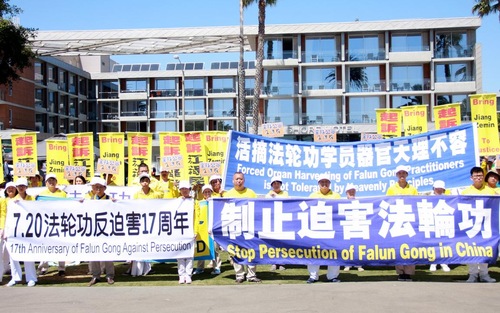 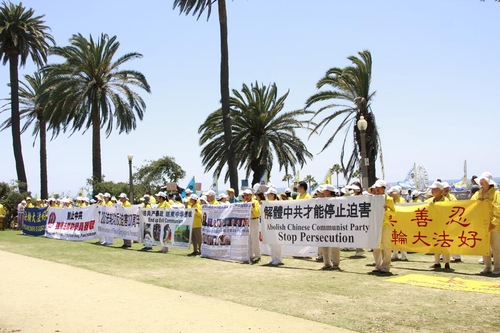 Practitioners hold banners along Santa Monica beach to raise awareness of the persecution. 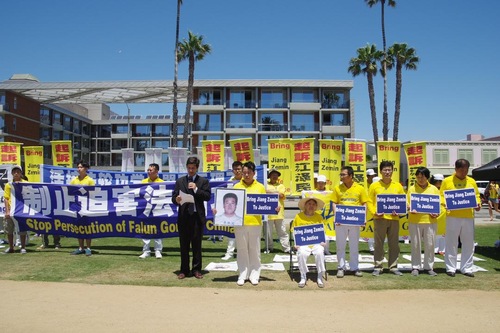 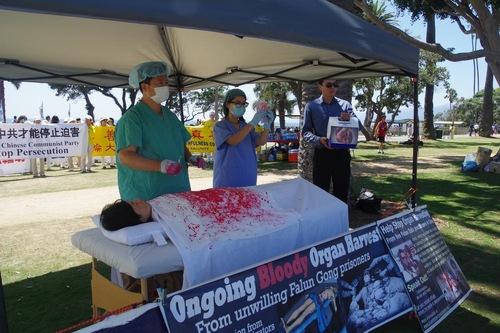 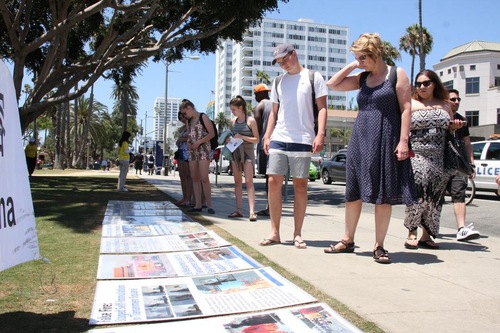 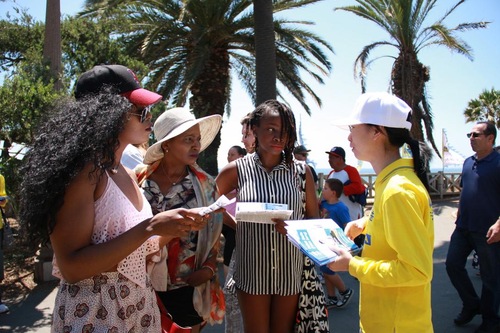 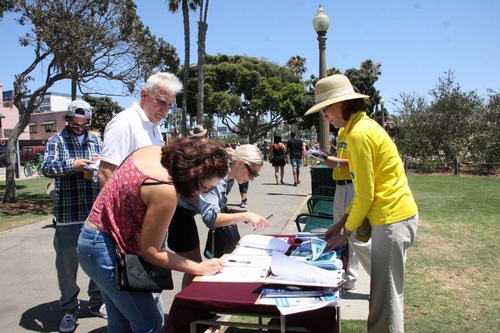 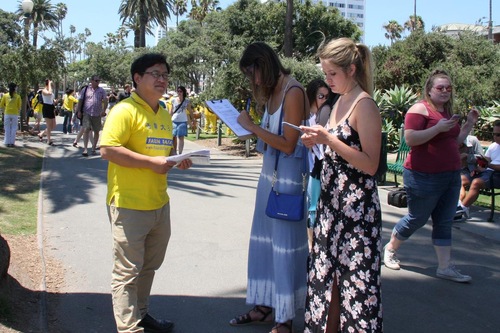 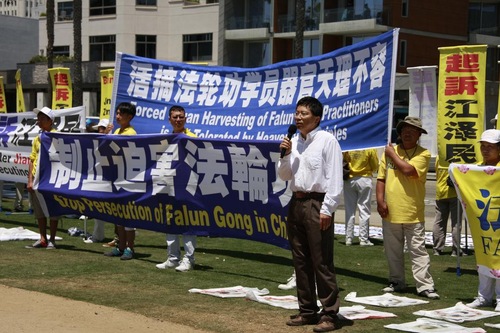 Falun Gong spokesman Prof. Wu Yingnian spoke at the rally. “Because of practitioners’ efforts in raising awareness of the persecution, we have gained much more support,” he said. He mentioned that the U.S. House of Representatives passed H.Res. 343 urging the CCP regime to stop the forced live organ harvesting from Falun Gong and others prisoners of conscience. Similar resolutions were also passed in European Parliament.

Ms. Gao, a head nurse from China, was arrested for the fourth time in 2001 and detained in Dalian City Detention Center. She almost became a victim of the CCP's live organ harvesting. She recalled, “I forcibly had my blood drawn and checked by X-ray imaging. I experienced each procedure for donor preparation of live organ harvesting. But I escaped the cruelty as I had organ failure.”

She did not disclose her name and working unit when being arrested. For this, she was targeted as a non-consenting donor for forced live organ harvesting.

Director Chen Shizhong of Conscience Foundation said, “There is a waiting list for organ transplantation in any country. For example, the waiting time could be several years in the U.S. But in China, they only need two weeks. There is no patient database, but a donor database. Hundreds of thousands of Falun Gong practitioners incarcerated are forced to have a blood tests.”

He pointed added, “What is the donor database for? It is used to search for a matching organ when a patient needs a transplant. Whoever matches, this prisoner of conscience is killed. This is murderous organ transplantation based on demand.” 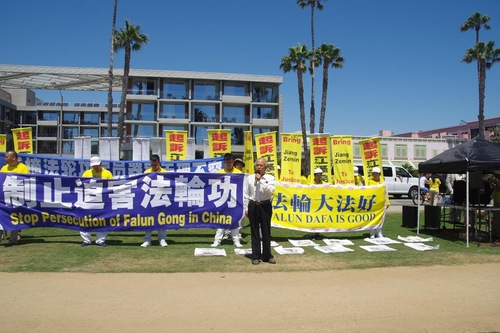 Liu said that the CCP committed crimes against humanity. The whole world should be united to investigate the CCP's crimes. 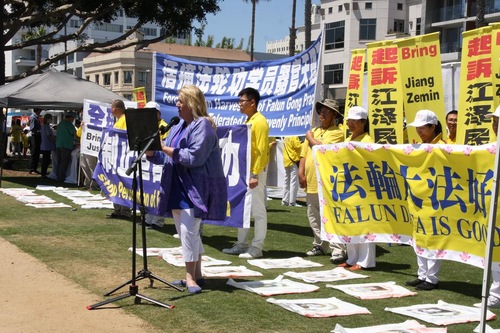 Chair Jan Eastgate of the CCHR speaks at the rally.

Chair Jan Eastgate of the Citizens Commission on Human Rights (CCHR) said at the rally that in the former Soviet Union and Nazi's Germany, minorities and dissidents were tortured in psychiatric facilities without legal procedure. They were shocked with electric batons or subjected to various experiments. Currently such treatments are applied to Falun Gong practitioners in China. The CCHR keeps track of the CCP's acts and places the persecution of Falun Gong in the CCHR’s records.

She said, “The German Psychiatric Association admitted to these crimes during World War II in 2010. The Chinese equivalent needs to admit their crimes too and take action to stop it.” 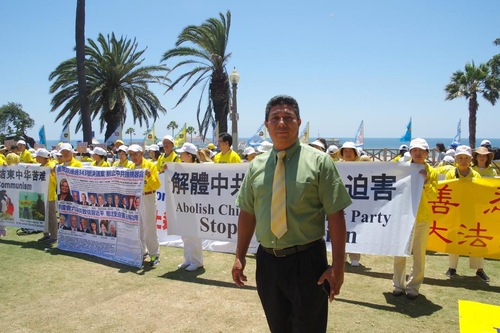 Mario Velasquez-Rivera, a tourist, took videos of the rally with his smart phone. He said, “I appreciate Falun Gong practitioners holding such an event to let people know what is happening in China.”

Mario immigrated to the U.S. from Guatemala, where four-year-old son was once almost kidnapped by gangsters who let it be known that the attempted kidnapping was for organ harvesting. When he learned about China's state-sanctioned live organ harvesting, he was appalled and said it must be stopped.