(Minghui.org) Mr. Wang from Liaoning, China, was glad to run into Falun Gong practitioners at the 28th Dragon Boat Festival on Toronto's Centre Island on June 18 and 19.

“I signed a petition back in China condemning the persecution,” Mr. Wang said to a practitioner at the Falun Gong booth. “I also quit the Party. A Falun Gong practitioner in China helped me.”

Mr. Wang said that the persecution of Falun Gong is really brutal. “I truly admire Falun Gong's spirit. I respect them. I never believed the communist party's propaganda,” he said. “Actually very few people in China nowadays still believe it. In Canada, I read more materials, and I've confirmed that I was right. The persecution and the state-sanctioned organ harvesting are all facts.”

Mr. Wang had come to Toronto to visit his children. He was about to bicycle around the island and watch the dragon boat games of 160 teams, which attracted more than 100 thousand people.

After his bicycle ride, Mr. Wang came back to chat with the practitioners some more.

“Do you know that the head of the communist party is about to fall soon? No dictator has a good end,” he said to practitioners. “Many Chinese should wake up now. Some people thought that the persecution of Falun Gong has nothing to do with them, and they don't have to pay any attention to it. But I believe that everybody has a conscience and a responsibility. Only if everybody stands up against the evil, will we see justice.”

“I am rooted in China, and I believe China has hope. I also believe that Falun Gong practitioners will be able to go back to China soon,” he said before saying good-bye to the practitioners.

During the festival, practitioners demonstrated the exercises, set up a photo exhibition, offered free exercise teaching, passed out materials, helped Chinese people to quit the communist party, and collected signatures on petition. 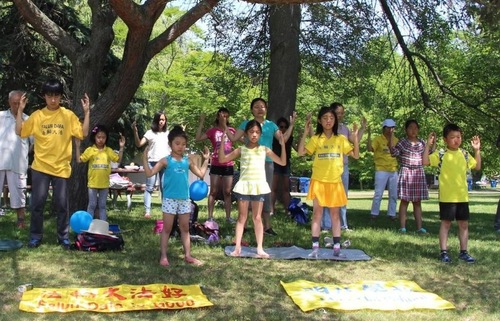 Many Chinese tourists quit the party with practitioners' help. Mr. Huang, a CEO of an enterprise in Guangzhou, China, said to practitioners, “It is great that you can freely practice and distribute information so that more people will know what Falun Gong really is.”

“Many party members don't have belief in the party, and we all know the brutality of the persecution,” Mr. Huang said, and gave his card to practitioners to stay in touch.

A Taiwanese student did not believe what practitioner Ms. Wang told him. “I've been to Beijing. It looks great, and my father also said China is great,” he said. Ms. Wang said: “We are not trying to tell you that China is not great. I am just telling you about the persecution. We are just against the persecution.”

Ms. Wang gave him a flyer. The Taiwanese young man sat under a tree and carefully read the flyer. After a while, he came back to Ms. Wang and asked what Falun Gong's teaching is. Ms. Wang told him that the core principles are Truthfulness-Compassion-Forbearance,” and then gave him a copy of Zhuan Falun (the main book of Falun Gong), saying, “You will know what Falun Gong really is after you read this.”

The student then went back to the tree and began reading the book. A few hours later, he came back and asked to learn the five sets of exercises.

Many Western tourists also learned the exercises at the festival. 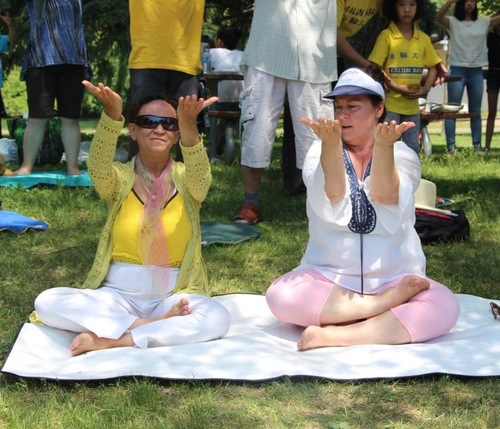 Ashras from Iran (right) learns the exercises. She had come to Toronto to visit her son. She told her son that she really liked the exercises and wanted to join the local exercise site. 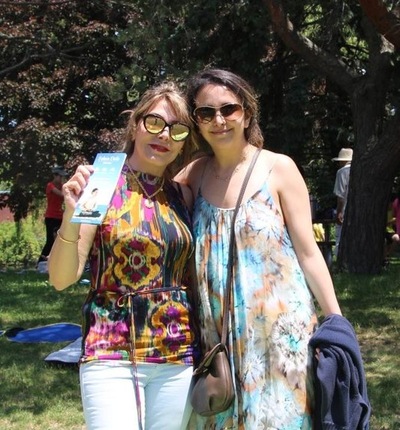 Maryam and her mother Bhnaz learned the exercises. Maryam had signed a Falun Gong petition in London, and written to her parliament member asking for help to stop the persecution. “I love the exercises. I can feel the energy,” she said. Her mother also said she planned to keep practicing. 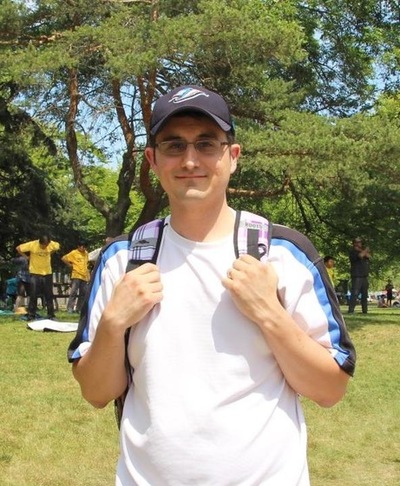 Hanniel, a Toronto resident, could not believe that the persecution is still going on. “We must let more people know about it and help to stop the persecution,” he said. 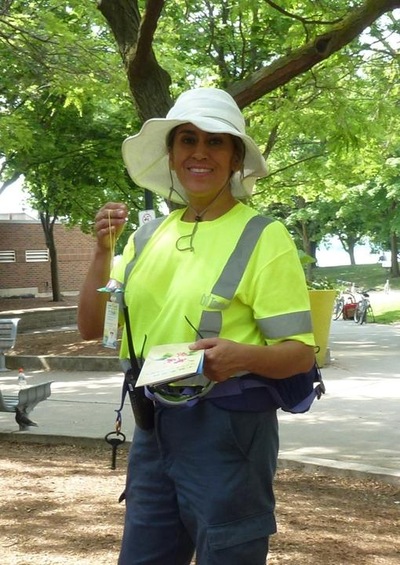 A festival organizer came to practitioners' booth and said: “Falun Dafa is good.” She asked for Falun Gong materials in English and Chinese for her friends.