(Minghui.org) Falun Gong practitioners in Northern Ireland held an activity at Arthur Square in downtown Belfast on May 21, 2016, to tell the public about the ancient Chinese cultivation practice, and expose the brutal persecution of the practice in China.

Although it rained, many people stopped by, talked to practitioners, and signed the petition to condemn the persecution. Some also asked for detailed information about practicing Falun Gong. 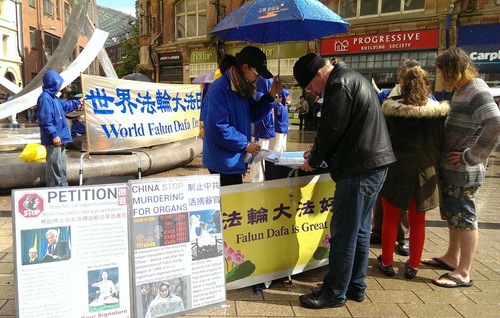 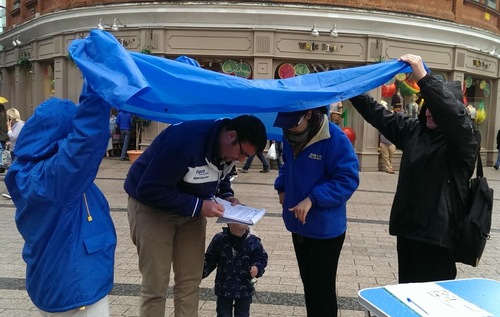 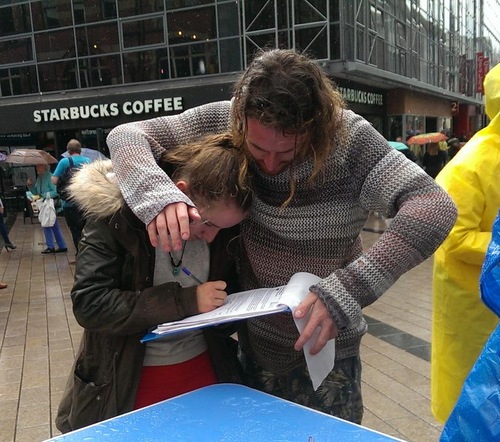 People sign the petition in the rain to support Falun Gong's peaceful resistance. 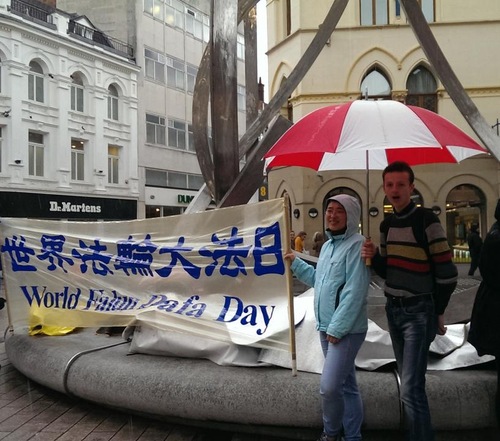 A law school student, who had signed the petition last week, today brought his girlfriend and asked her to sign too. In the picture, he is holding an umbrella for a practitioner.

A young Polish man was shocked upon hearing about the state-sanctioned organ harvesting in China, and didn't understand why it happens in China. A practitioner explained to him that the Communist Party cannot tolerate the existence of a spiritual group, which doesn't have its ideology.

The man said that he understood, because Poland was a communist country 20 some years ago too. He encouraged practitioners to keep up the good work, and signed the petition.