(Minghui.org) This painting, titled “Awakening,” depicts a police officer ditching his uniform and holding a sign that reads “Bring Jiang Zemin to Justice.” 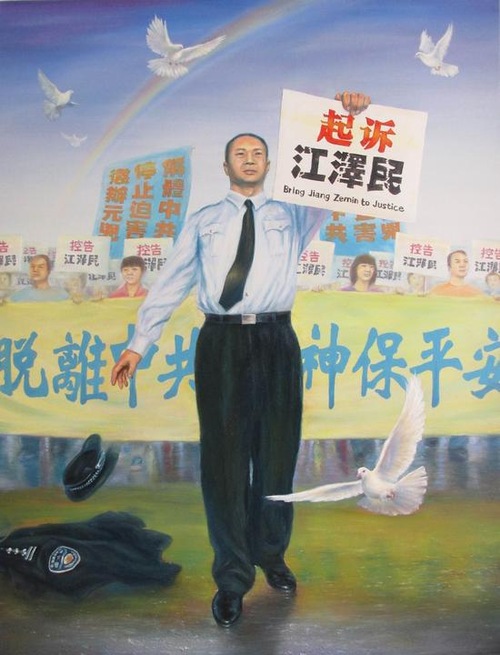 Falun Gong practitioners have been working tirelessly to raise awareness of the persecution in China since former Communist Party leader Jiang Zemin launched the nationwide campaign against the peaceful practice in 1999.

Thanks to practitioners' persistent efforts, many police officers have awakened to the brutality of the persecution and their role within it–arresting, torturing, or even killing innocent citizens. Many have since quit the Chinese Communist Party and its youth organizations and joined practitioners in calling for the prosecution of Jiang Zemin for his crimes.