(Minghui.org) An Israeli Epoch Times event devoted to different aspects of medical science was held on March 31, 2016, at Tel Aviv University. Leading Israeli medical specialists were among the guests. All 900 seats in the auditorium were filled, and many more people sat on the stairs and in the aisles. 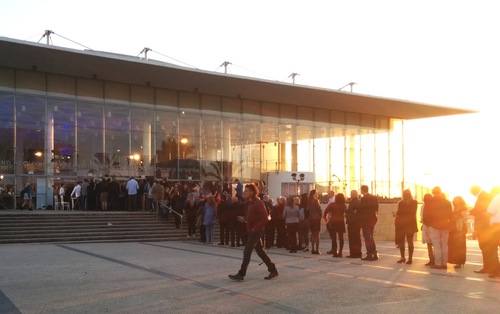 Queue in front of the venue 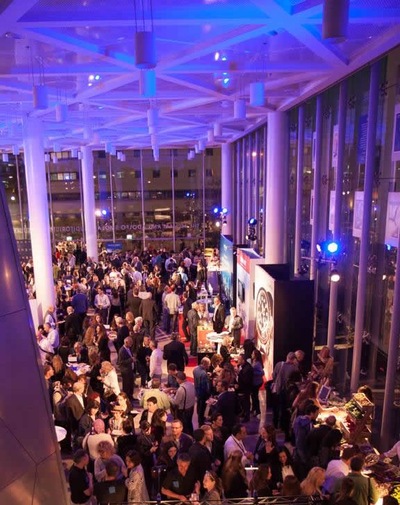 Lobby before the event

Professor Jacob Lavee, director of the Heart Transplantation Unit at one of the largest hospitals in Israel, spoke at the event about organ harvesting from Falun Gong practitioners in China. 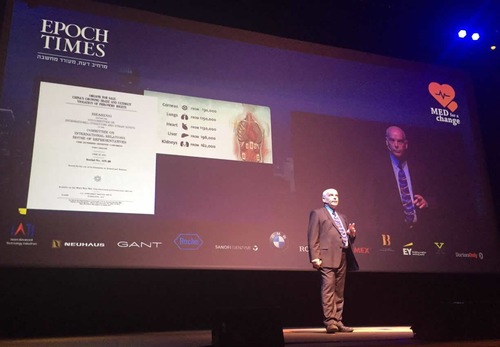 Professor Lavee, who is a member of the board of directors of Doctors Against Forced Organ Harvesting (DAFOH), started by explaining Falun Gong and its principles.

He then explained how he became aware of the organ harvesting crimes in China. A patient of his needed a heart transplant and went to China to get it. Lavee was puzzled by the possibility of getting a heart on a fixed day, two weeks ahead. He began investigating, which led to his learning about organ harvesting from Falun Gong practitioners, the largest group of prisoners of conscience in China. He subsequently joined efforts to raise awareness and help end this atrocity.

Attendees after the event remarked that the speech about organ harvesting in China was eye-opening and very moving.