Forums on Quitting the Communist Party Held in Indiana

(Minghui.org) Falun Gong practitioners in Indiana held forums on quitting the Chinese Communist Party (CCP) in Evansville and Purdue University on April 11 and 12, 2016. David Tompkins, a spokesman for the Tuidang (Quitting the CCP) Center, and former Chinese Air Force Major Hu Zhiming presented speeches at the forum. A photo display on the movement to withdraw membership in the CCP was held at the same time. 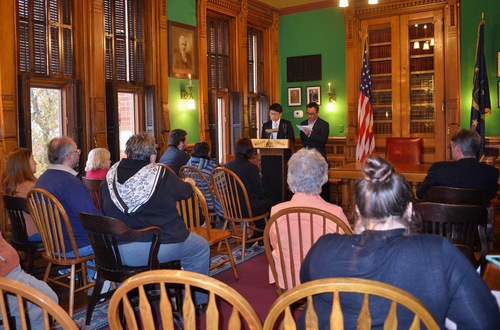 Forum on quitting the Chinese Communist Party (CCP) is held in Evansville. 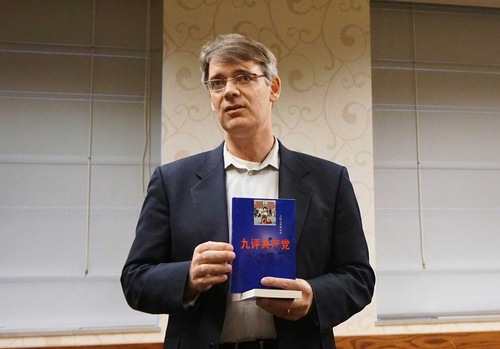 Mr. David Tompkins, a spokesman for the Tuidang Center, introduces the Nine Commentaries on the Communist Party.

Mr. Tompkins introduced the background of the growing movement of quitting the Chinese Communist Party. He said the CCP's censorship and brainwashing propaganda had blocked the true history from the Chinese people. The Nine Commentaries on the Communist Party was published by the US-based Chinese-language newspaper, The Epoch Times, in November 2004. Those who had lived under Communism strongly echoed the commentaries. They felt it was exactly what they had experienced.

On Jan. 1, 2005, 50 overseas Chinese scholars jointly renounced their memberships in the CCP and its affiliated organizations. Today, over 233 million renunciation statements have been submitted to The Epoch Times website. Mr. Tompkins called it a peaceful way of restoring the traditional values of the Chinese people and transitioning to a new China. 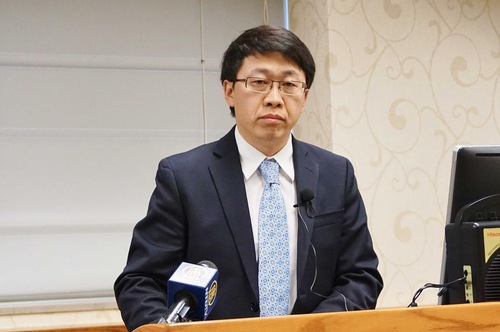 Mr. Hu Zhiming recounts his personal experience of the brutal persecution in China.

Major Hu Zhiming, formerly of the Beijing Air Force Training Equipment Research Institute, recounted the persecution he had personally experienced in China. He had been sentenced to prison twice for a total of 8 years, for refusing to give up practicing Falun Gong. He was forced to watch videos slandering Falun Gong at top volume with the TV one meter away. He said, “I was thrown into a cell of three square meters with several felons in Shanghai Tilanqiao Prison. We had to eat, drink, urinate and defecate in the cell, and were completely deprived of human dignity. I was often beaten and cursed at by the inmates.”

Mr. Hu then launched a hunger strike. “I was tied to a bed with my arms and legs spread out. I was forbidden to use the restroom. I was completely soaked in my own sweat on hot summer days.” The prison authorities ordered the guards to inject an unknown drug in him, which made his head hurt as if it was exploding. By the time he was released from the prison, he couldn't move his legs.

After all his suffering, Mr. Hu wasn't sad for himself, but sad for the Chinese people who had been deceived by the CCP. He said, “I deeply feel that violence and lies are what the CCP rules with. The Chinese people are the victims of the CCP's lies. The Tuidang movement allows the Chinese to see the CCP's nature and be liberated from its control.”

The audience actively participated in the discussion after the presentation. Some expressed deep sympathy over the persecution, while some showed great interest in learning Falun Gong. 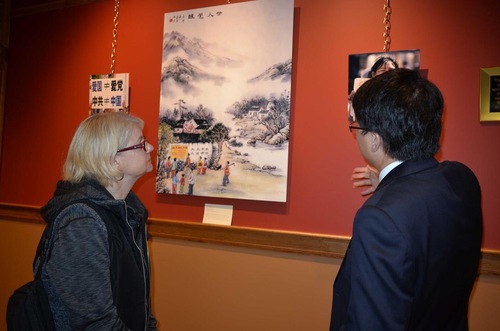 The Tuidang display featured pictures of how Falun Gong practitioners in China had risked their lives to spread information about quitting the Communist Party and Tuidang activities outside China. 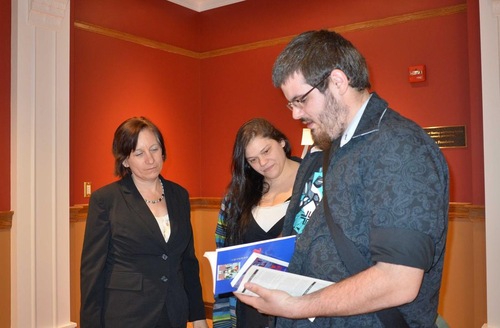 Mr. Luke McGuire, an attendee of the forum, said Communism had caused so much damage, and it'd better be eliminated. He was saddened by Falun Gong practitioners' experience and said he completely supported their efforts.

Ms. Stephens, another attendee, said her heart was broken by the cruel persecution and said that no one should be subjected to such persecution.