Award Winning Film Director: Principles that Guide My Life and Source of Inspiration 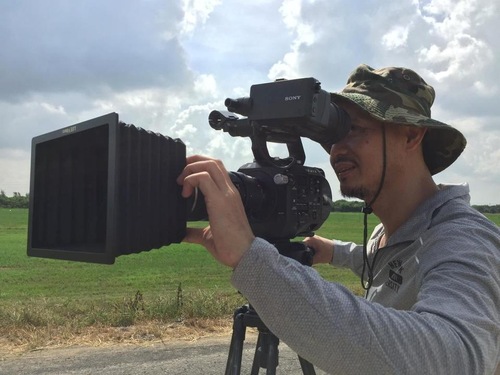 Despite his success, Mr. Wu's career path was not always so smooth. In a recent interview, the 50-year-old film director shared his personal story.

I. Early Education and Career

Derrick was raised in a family that put great emphasis on traditional values and education. His parents worked day and night. “Life is a burden. You need to do your best until the moment you die,” said his father. His mother was a very kind and considerate woman. She never allowed Derrick to hurt others, even if it meant someone would take advantage of him.

He has four older sisters. All of them were outstanding in school, both in academic performance and personality. His parents, although not wealthy, highly supported their children’s education. As a child, Derrick learned drawing, Chinese brush painting, and music. These extracurricular activities established a good foundation for his future career as a film director.

Like most of the young men in Taiwan, Derrick served in the military after he graduated from college. He used this period of time to plan for his future. While he was stationed at the coastline, he learned English and applied for school in the U.S.

After Derrick finished military service, he attended the Pratt Institute in New York to study computer graphic design. He then attended New York University for graduate school and got a Master’s degree in Artistic Creation.

Four years of rigorous professional training in the U.S. provided Derrick with a broad mindset and solid technique. After he returned to Taiwan, he worked for TV stations as an animation director. He also served as an assistant manager for a very large graphic design company.

Despite his successful career in Taipei, Derrick was more and more worried about his elderly parents in southern Taiwan. He had left his hometown nearly 20 years ago. According to Chinese tradition, as the only son in the family, it was Derrick's responsibility to take care of his parents. To better care for his parents, it was best if Derrick could return to his hometown and live with them, but it also meant that he had to give up his successful career.

It was a difficult decision, but he could never forget how his parents supported his education, and how they taught him to be a good person. He gave up his well-paying job. He also gave up the opportunity to pursue a Ph.D. degree in Australia, because of his newborn baby and elderly parents.

It was very difficult to find a suitable job in his hometown. For a long time, Derrick could only earn a little income by teaching a couple of courses at a local college. Eventually he found work as a manager for a wedding planning company.

This new job turned into a nightmare. Soon after he started, the company went bankrupt. His boss fled with all the cash, including Derrick's investment, leaving Derrick to face all the debt. Other shareholders thought he was the one who stole the money. They pressured him to return the money, and then filed lawsuits against him. He was constantly called into court. Every night, Derrick had to rely on alcohol to go to sleep.

It was the most difficult time in his life and also a period of transition. In 2007, Derrick ran into an old friend who had studied with him in the U.S. The friend recommended that he learn Falun Dafa, “Hardship is not necessarily a bad thing. Why not read the book Zhuan Falun? Maybe it will help you to understand your purpose of life.”

That night, he woke up and clearly saw a Falun, just like what was described in the book, spinning and flying towards him. “It was real! I knew it!” said Derrick. Just the third day after Derrick learned the Falun Dafa exercises, he felt strong energy flowing along his limbs. He was totally convinced that Falun Dafa was his path.

The teachings of Falun Dafa changed Derrick's mindset. One week after he started the practice, Derrick no longer worried about the lawsuits. Whenever he was called to court, he just calmly explained the facts. Soon the court decided that he was not guilty of fraud.

Each episode took a long time to finish, from planning, designing, and creating to voice overs and modifications. Derrick spent a lot of effort on every detail. His collaborator, a Malaysian digital company, refused to do the final modifications after all the budget was spent. Derrick and his team spent almost a year adjusting the animation until the results were satisfactory.

It took a total of six years to complete this product because of Derrick's high standards. After “Heavenly Kid” was released by NTD Television in 2015, it immediately caught worldwide attention. Within two years, “Heavenly Kid” was nominated for 25 international film festivals and won 21 awards, including “Best Animation” by the Hollywood Film Festival.

That was only one of Derrick's award-winning films. He spent three years on a documentary, “The Fa Boat,” that chronicled how Falun Dafa practitioners made a float for parades. “The boat is five meters wide, 20 meters long, and 13 meters tall. It was made by a group of volunteers using traditional Chinese handcraft. They overcame many difficulties to craft this amazing piece, just to let people know the beauty of Falun Dafa,” said Derrick. “My goal is use this documentary to show how the Creator used a float to save his people.” 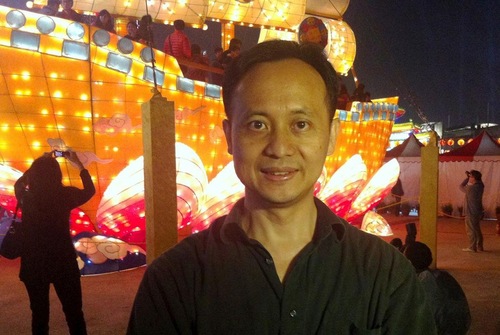 Derrick Wu with the Fa Boat

During the 2016 IndieFEST, Derrick's “The Fa Boat,” nominated as the best foreign documentary, won a total of four international awards. To Derrick, nothing is more glorious than being a practitioner of Falun Dafa.