(Minghui.org) More than 6,000 Falun Gong practitioners attended the San Francisco Falun Dafa Experience Sharing Conference held in the Bill Graham Civic Auditorium on October 24, 2016, the largest such conference yet in San Francisco. Conference attendees hailed from around the world, representing a rainbow of races and ethnicities.

Tianti Bookstore, which specializes in selling Falun Dafa books, audio and video products, set up a stand in the civic center to meet the needs of Falun Gong practitioners. 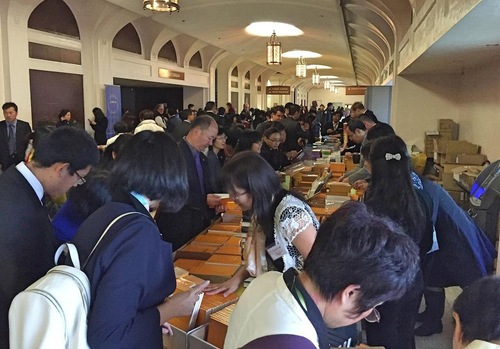 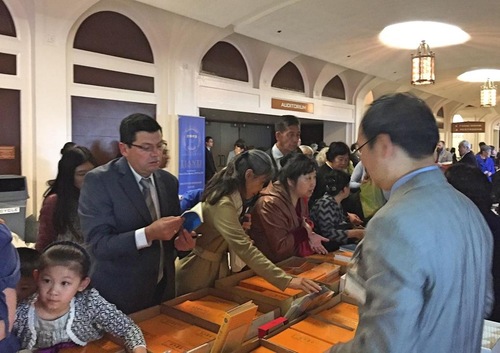 We spoke to several practitioners who were busy buying books, to learn what brought them to San Francisco. While their stories are all individual, each of them shared how much they benefited from reading Zhuan Falun, Falun Gong's central text.

I Wish to Introduce Falun Gong to My Friends

Shawn Ward from Australia came to the Tianti Bookstore stand to buy several copies of Zhuan Falun. A friend had given him the book three years ago, and he started practicing Falun Gong soon after reading the book. He said that his chronic back pain disappeared and that he stopped smoking and drinking after taking up the practice. He felt more clear-headed and calm.

Shawn pointed out that Dafa taught him to take a right direction in life, to be a good person and to do beneficial things for society. He said that he became kinder, more attentive, and tolerant. He feels that practicing Falun Gong is a great thing and wishes to introduce it to more people.

Practitioner Ronnie Hui from San Francisco bought several copies of Zhuan Falun in English. He said that his friends often asked him where to buy the book, so he bought a few copies to give to his friends when they ask.

Zhuan Falun Helps Me Understand the Meaning of Life

A practitioner from Vietnam said that she started practicing Falun Gong in 2013, when her husband asked her to read Zhuan Falun. She recalled, “I had tears in my eyes while I was reading Zhuan Falun. I finished the book in a really short time. I felt that this was what I was looking for. I understood what is good and what is bad. I got answers to all the questions I'd had since I was young. This, and the other Dafa books, help me understand the meaning of life.” 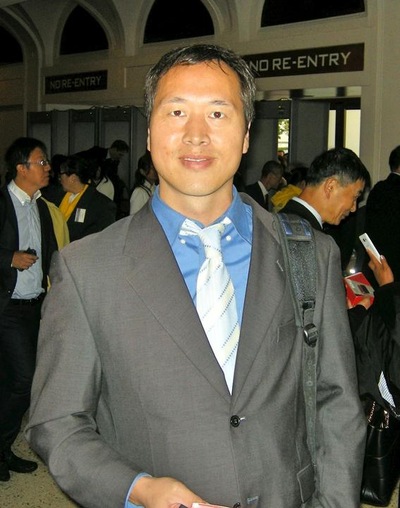 Practitioner Zhang Guoliang is a pilot. He started practicing Falun Gong in 1996, when a friend introduced the practice to him. He was then 20 years old. He said, “I was attracted as soon as I read Zhuan Falun. I understood many questions after reading this book.”

Guoliang had been an athlete and had injured his knees and ankles as a young man. He said, “My knees and ankles completely recovered after I started practicing Falun Gong. My view of the world was changed too. I could not get answers from modern science about human origins and the meaning of life. But from reading Zhuan Falun, I understood the meaning of life. I am so happy.”