After the Australian Associated Press reported on the event, the story was picked up by The Australian, The Courier Mail, Daily Telegraph, 9Channel, National TV Station, Channel 7, and Australian News Network. Media outlets in Gold Coast, Melbourne, Adelaide and Perth also ran the story. 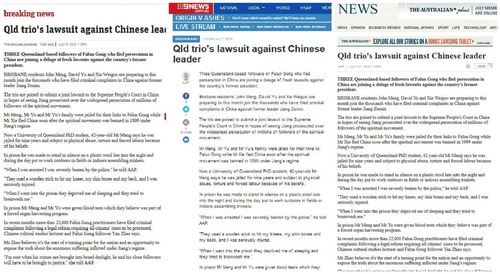 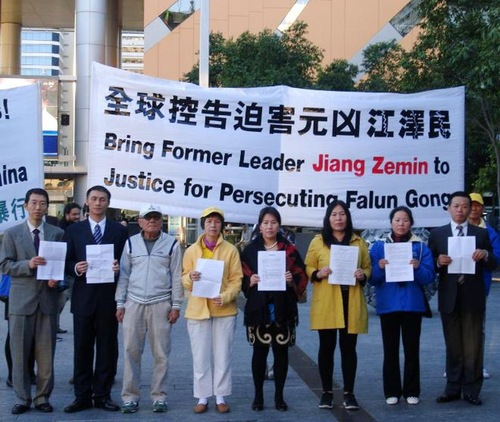 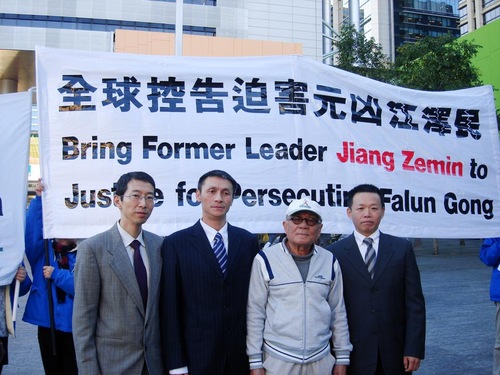 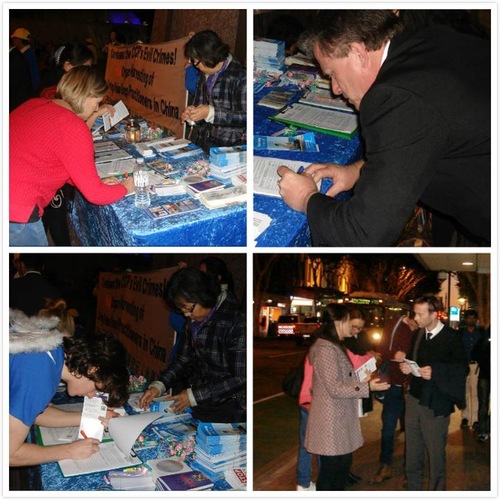 “That adds up to 22 years of detention—that is what my family has suffered because of our belief in Falun Gong,” he said.

Mr. Meng, 42, a Queensland University PhD student, was subjected to all sorts of abuse during his 9 years in jail. Along with being beaten and tortured, prison guards forced him to work in the fields or ordered him to assemble ornaments to be sold overseas.

Ms. Yan Zhao, a Chinese cultural studies lecturer and Falun Gong practitioner, said in an interview, “With 22,000 Chinese people filing criminal complaints, it is a turning point for China to bring to light the pain and suffering forced onto its people by Jiang Zemin . I'm sure when his (Jiang Zemin's) crimes are brought into broad daylight, he and his close followers will be brought to justice.”