(Minghui.org) “The practice of Falun Gong has made my life the best screenplay!” enthused Ms. Zhao Fuling, a successful screenwriter. Ms. Zhao has helped produce many popular Taiwanese films and TV series. She is very grateful to Falun Gong, which has given her good health, a more cooperative attitude at work, and inspiration for her writing. 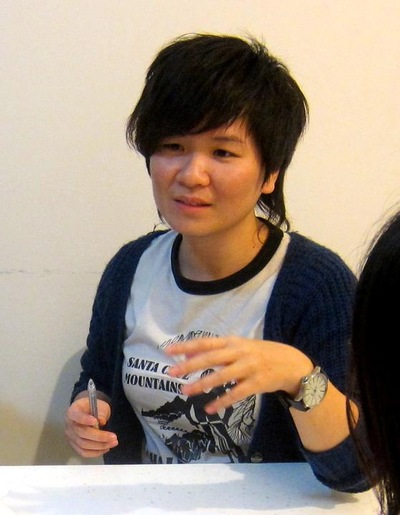 Ms. Zhao Fuling started practicing Falun Gong when she was 18. As a teenager, she was troubled by severe acne. She had been using medication to control the irritating skin condition, but the acne still caused severe scarring.

Her mother, who had been a Falun Gong practitioner for years, urged her to try the practice. But Ms. Zhao did not pay attention to her mother's advice, and was only interested in using cosmetics to cover up her skin problems. One day when she was purchasing foundation in a department store, she overheard two sales ladies talking about her. “Her skin looks awful,” they said.

Shaken by their comments, Ms. Zhao decided to give Falun Gong a try. She stopped all the medication and began to seriously practice Falun Gong with her mother. Soon her skin became smooth and fair. She also became energetic. At a school reunion, Ms. Zhao's high school classmates didn't recognize her. 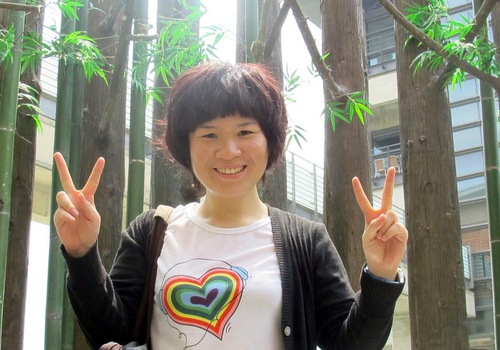 Ms. Zhao Fuling recovered from acne through the practice of Falun Gong

A Healthy and Harmonious Life

Besides the amazing improvement to her skin, Ms. Zhao found that she rarely got sick, even though she had needed to see doctors frequently in the past for colds, stomachaches, and joint pain.

The most important change, though, was that she started to follow the principles of Falun Gong – Truthfulness-Compassion-Forbearance – and became a more appreciative person. Ms. Zhao and her sister used to complain that they did not get enough love from their mother, even though their mother worked hard to support them and their education, and never left them lacking for anything.

Through the practice of Falun Gong, Ms. Zhao realized how selfish she'd been. She started to spend more time with her mother, and began taking an interest in her mother's needs.

Screenwriters are constantly challenged by production teams. At team meetings, people from several departments typically brainstorm on how to improve a screenplay. From producers, managers, to senior screenwriters, everyone tries to force their opinion, and no one is ever satisfied. Ms. Zhao still remembers that as a new writer, she used to say “no” to any changes proposed by her team members.

Ms. Zhao said that Falun Gong cultivation practice taught her to look inward whenever she felt angry. She found that her anger was often caused by an attachment to her own ideas, while company managers were thinking of the big picture and want the story to attract a larger audience.

When Ms. Zhao became more receptive to criticism, she found that considerably less changes to her work were requested. Things became much smoother, and people seemed to like her screenplays very much. A manager even told her, “You are so cooperative!”

Creativity Comes from the Wisdom Gained from Falun Gong

Creativity is key to the success of screen writing. Ms. Zhao said that practicing Falun Gong has made her more open-minded and resourceful.

Like any other screenwriter, from time to time Ms. Zhao gets tired and encounters a block in her writing. When this happens, she simply relaxes by doing the exercises and reading Falun Gong books. She then feels rejuvenated, and new inspiration comes. One of her managers once exclaimed, “I always find something amazing after every modification by Fuling!”

Bringing a Good Influence to Society

As a screenwriter, Ms. Zhao watches a variety of films and TV shows in order to learn from them. The traditional values taught by Falun Gong have given Ms. Zhao the wisdom to judge whether a screenplay will have a positive or negative effect on society. This understanding has helped her to be selective with the content of her own material.

Ms. Zhao strives to bring traditional values and inspiring stories from Chinese history to her screenplays, emphasizing virtues such as tolerance, the ability to endure hardships, and everyday people standing up for justice. She said, “Both human history and divine culture help people remember that kindness will be rewarded and evil will receive retribution, and that everyone can contribute to a better society.”