April 12, 2015 |   By a Minghui correspondent from Liaoning Province, China

(Minghui.org) Eight Falun Gong practitioners (seven women and one man) from Huludao City, Liaoning Province, were illegally arrested on March 16, 2015, for telling people about the persecution of Falun Gong.

They were held in the Chaoyang County Detention Center, and their homes were ransacked three days later. On March 26, two of their relatives were taken into custody when they went to the detention center to ask about those who had been arrested.

The officers refused to give them accurate information about the practitioners or answer any questions. The family members were forced to present their IDs, answer questions, and sign forms. If they didn't, they were told, they would be taken into custody and charged with practicing Falun Gong.

Mr. Ji Xi, who had gone to visit his elder sister Ms. Ji Shemei, was taken into custody for refusing to follow police instructions. He was taken to the detention center that day. Ms. Ji's nephew was interrogated for several hours before returning home.

Officers from the Domestic Security Division and the police station went to Huludao City that day and confiscated a car from a practitioner's relative.

The Chaoyang County Police Department has closely followed the CCP's policy since the regime started the persecution in 1999. Every time a “sensitive date” approaches, the practitioners in Chaoyang County are harassed.

The officers often take advantage of this opportunity to extort large sums of money from those they harass. Liu Zhiying, deputy head of the Domestic Security Division, once said, “Cases of injustice are more than common nowadays. Even if I abuse you to death, there's nothing you can do about it!”

Those primarily involved in this case of persecution are: deputy head of the Chaoyang County Police Department Liu Hairen, deputy head of the Domestic Security Division Liu Zhiying, political head Wang Yiyuan, and director of the police station Li Hongwei. 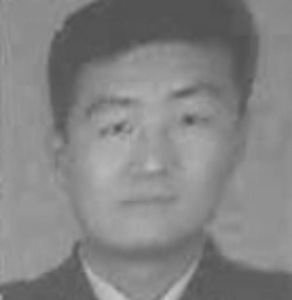 Contact Information for Those Involved in This Case of Persecution: