(Minghui.org) Shen Yun Performing Arts began its tour in Europe with Switzerland as the first stop. All three shows on February 26-28 in Geneva performed to full houses. Several audience members said they found a sense of “happiness” and lauded Shen Yun's efforts to bring back traditional Chinese culture. 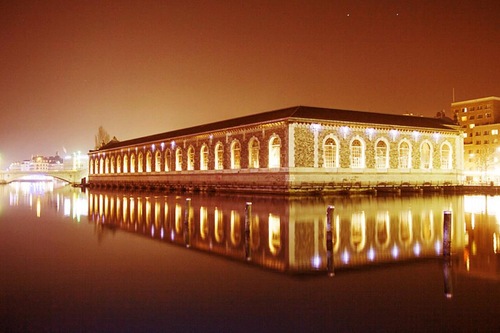 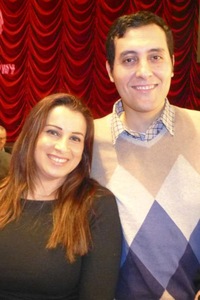 Mr. Gainal, a diplomat from Egypt, enjoyed the cultural depth and universal values presented in the performance.

“This kind of spiritual thing is not only limited to the Chinese culture...you can find it in many others cultures in the world, like the Arabs, the Muslims, the Christians,” he explained.

Mr. Gainal has read many books on the history and philosophy of China. To him, the performance “actually has deepened my knowledge about it.”

His wife Maysa lauded the performance, “It's very joyful, and you can feel the positive energy.” She could also feel a sense of “happiness” from Shen Yun.

Maysa also believed that Shen Yun presented some messages that “we are lacking these days in the world.” To her, what Shen Yun is doing is “really really thoughtful and very colorful and joyful.” 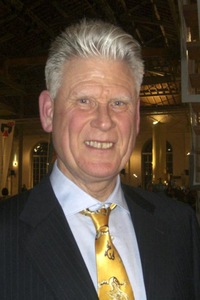 Bob Turner, interpreter for the United Nations and the World Health Organization

“I cannot express in words the beauty and the majesty of this show. This is immense,” said Bob Turner, an interpreter who works for various organizations including the United Nations and the World Health Organization.

Mr. Turner found Shen Yun's spirituality and sincerity “very touching.” He added, “We can improve gradually. You must come here with an open heart. You have to look at Shen Yun with the heart, not just with the eyes and the brain.”

One message he received from the performance was that we must “listen to the heart of others and live today with an open heart.”

“I think if all the world lives with the heart, it would be the most noble part. The rest is secondary,” he explained. 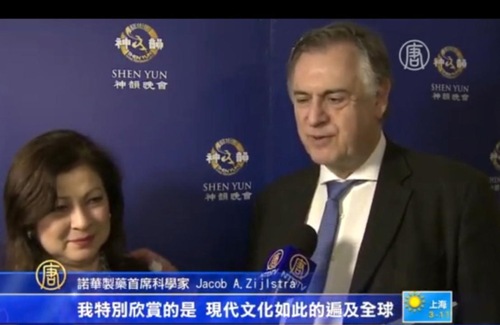 “Coming out of this show, I have this feeling of happiness,” said Jacob Zijlstra, the global head of preclinical development at Novartis Consumer Health.

“What I liked in particular is that the modern world is so uniform all over the world. And this brings back the old values and skills...traditional values. Apart from being beautiful, it gives you a good feeling,” he described.

His wife Cynthia thought the show was “absolutely touching.”

“It's very, very spiritual. It's just perfection for me. Cultural perfection,” she said.

Shen Yun will continue to perform in Europe in Vienna, Austria on March 10-11, and Frankfurt, Germany on March 13-15. For more information on tickets and dates, please visit http://shenyun.com.