February 13, 2015 |   By a Minghui correspondent from Jilin Province

(Minghui.org) When Ms. Wang Xiaohui returned home after two years of forced labor back in 2003, her family was horrified to see that she, a once-healthy young woman, had become mentally ill.

To this day, Ms. Wang continues to exhibit frequent abnormal behaviors. She would eat human feces and drink urine, and she would run in the snow completely naked. Unable to pay the medical cost of treating her condition, her parents had no choice but to lock her in her room and keep her there, even when she cries and screams.

What happened during those two years of incarceration that led her to go insane?

A quiet and well-liked woman in her community, Ms. Wang was arrested in 2002 for practicing Falun Gong, a spiritual discipline brutally persecuted by the Chinese Communist Party.

Director Pi Fuguo of the Liaoyuan 610 Office in Jilin Province soon gave her two years of forced labor after her family failed to pay the “fine” he demanded. 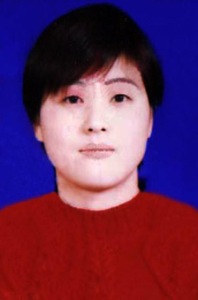 Ms. Wang Xiaohui before she was imprisoned

Once when Ms. Wang's family visited her at Heizuizi Forced Labor Camp in Changchun, they saw that half of her face and neck were black. Under the close watch of prison guards, Ms. Wang did not dare tell her family what happened.

During another visit, Ms. Wang was so tired that she fell asleep standing. When asked about it, Ms. Wang replied, “I haven't slept in several days.” Before she could continue, a prison guard nudged her hard from behind and startled her. Sleep deprivation is a common form of torture used in labor camps.

Due to her condition, Ms. Wang has been unable to recount her experience at the the labor camp. According to other prisoners, she became psychotic after she was shocked with four electric batons simultaneously.

During a rare moment when Ms. Wang was calm at home, she was asked if she was tortured at the labor camp. She asked, “Is being immersed in a water tank torture?” She then refused to say anything more.

Among hundreds of torture methods the Chinese regime has used on Falun Gong practitioners, one of them is immersion in tanks of ice-cold water for long periods of time in the middle of winter. Ms. Wang's little toe was black from frostbite when she first returned home, suggesting that she may have been subjected to this torture. 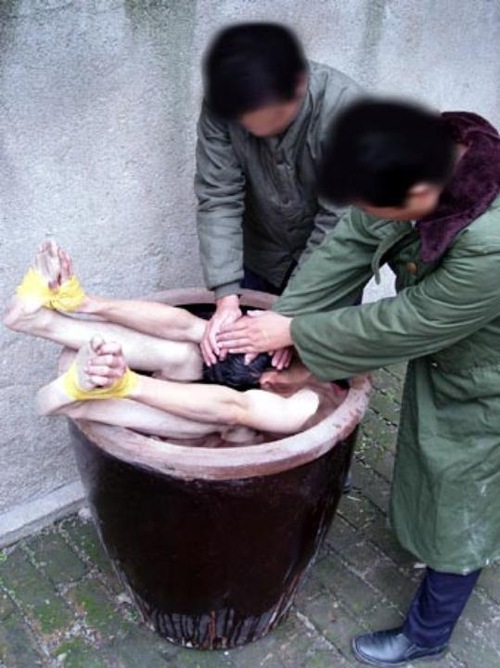 Another time, she said, “Guard Yie Ying wanted me to take off my pants to torture me. I didn't take them off.” She would not say what happened after that. Ms. Wang's family suspect that being forced to run in the snow naked was one of many tortures she suffered at the labor camp.

When Ms. Wang was incarcerated, the captain of the prison brigade went by the name Yan Lifeng. In the past 12 years, Ms. Wang has often had hallucinations that people she saw was Yan Lifeng, and she would either become terrified or start cursing profusely.

Ms. Wang Xiaohui was born in 1978 and was from Hongmei Township, Hekou City, Jilin Province. She worked at Liaoyuan Textile Group in Jilin Province. She has been cared for by her elderly parents for the past 12 years. They have no regular income and struggle to get by.