Taiwan: Strong Voices of Support for the Lawsuits Against Jiang Zemin

(Minghui.org) The recent wave of Falun Gong's lawsuits against the former Chinese leader Jiang Zemin has received strong support in Taiwan. To date, more than 270 thousand Taiwanese have signed petitions calling upon the Chinese legal system to bring Jiang to justice.

Since May, 180 thousand criminal complaints have been filed against Jiang for launching and directing the persecution of Falun Gong in China. The lawsuits have been echoed in multiple Asian countries and areas. Along with the Taiwanese, 280 thousand citizens from South Korea, Hong Kong, and Japan signed the similar petitions.

Among the signers, many are legislative members and local politicians. The political leaders call for mass support for the lawsuits and an end to the persecution.

Legislative member Liu Zhaohao from Taitung said: “The lawsuits are not just a Falun Gong affair. The situation relates to everybody. Suing Jiang Zemin protects universal values of human rights. Everybody should pay attention to it.” 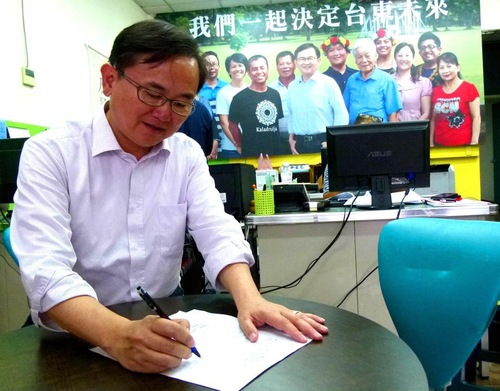 “The lawsuits against Jiang raise public awareness of the persecution. More people will recognize the evil of the persecution,” Chang Kuochou said: “I hope that the major murderer of the persecution will be brought to justice as soon as possible, and Chinese people can freely practice Falun Gong everywhere.” 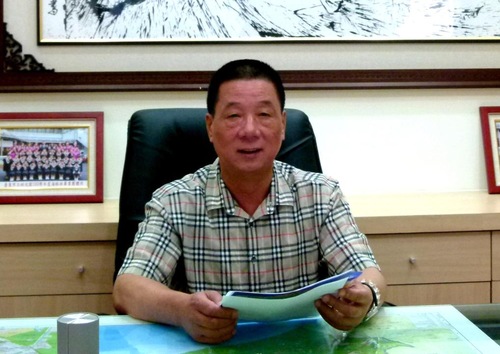 The mayor of Taitung, Chang Kuochou believes that everyone in the world should support the lawsuits and help to restore Falun Gong's reputation.

Along with 14 colleagues at the Legislative in Chiayi, Mr. Tsai Dingsan signed the petition. He said that the supports of the lawsuits encourage the justice force. “Because of the censorship in China, people do not have the access to the truth of the persecution. The lawsuits inform the public, and give people courage and confidence to fight against Jiang Zemin's crimes.” 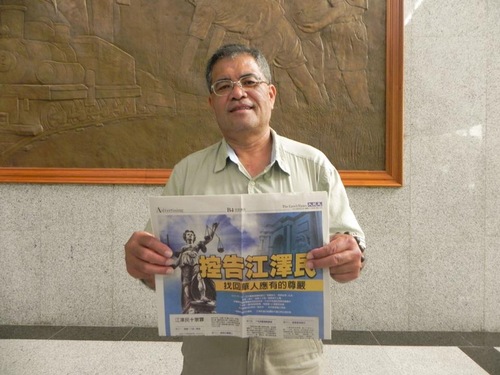 Legislative member Tsai Dingsan from Chiayi called upon everyone in Taiwan to help end the persecution.

Legislative member Li Junyi from Chiayi has been a long-term supporter of Falun Gong, and enthusiastically echoed the lawsuits. He said: “The international community, especially Taiwan, should help Falun Gong to fight for their human rights.” He called upon the Chinese regime to stop the persecution and prosecute Jiang Zemin, the head of the persecution. 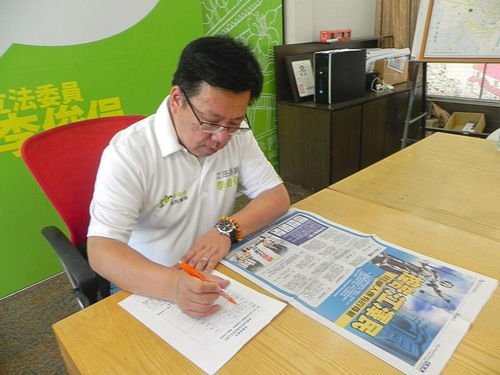 The spokesman of Chiayi County Legislative Huang Shangwen believe that it is everybody's responsibility to support the lawsuits. “One man's power, even one thousand men's power, is not enough. But one million people's voice all together is powerful,” he said: “The Chinese Communist Party is a tyrannical regime that can do something that is beyond our imagination. We should not hope that such a regime will change automatically, so we should all bravely stand out to fight against it.” 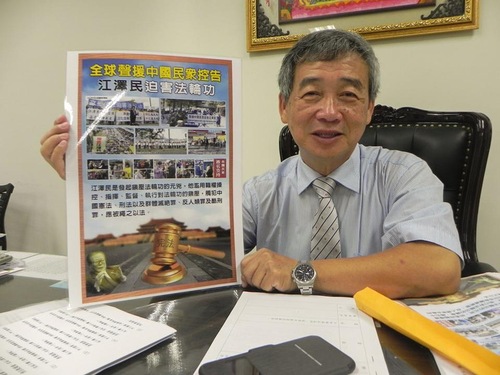 The spokesman of Chiayi County Legislative Huang Shangwen praised Falun Gong practitioners for courageously filing the lawsuits against Jiang. “They must gain the courage from their belief,” Huang said.

The legislative member Wang Shijian from Taipei said: “European and American governments have condemned the persecution of Falun Gong many times. But only condemning is not enough. It is the time to take action.”

Wang Shijian said: “We should not only pursue democracy and freedom in our own countries. People in the dark corners of the world, who have been persecuted, should also be protected. Those who violate human rights should be brought to justice.” 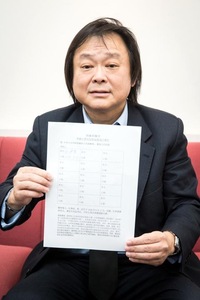 The legislative member Wang Shijian from Taipei said: “Without the pressure from the international community, the Chinese Communist Party will do whatever they want, and the persecutions will continue in China.” 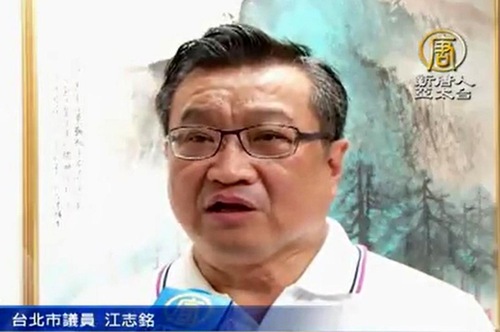 The legislative member Jiang Zhiming from Taipei said that he is strongly against the state-sanctioned organ harvesting in China. 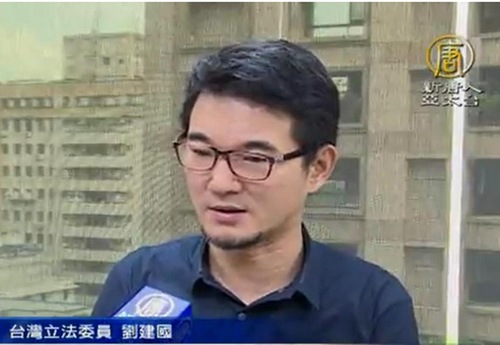 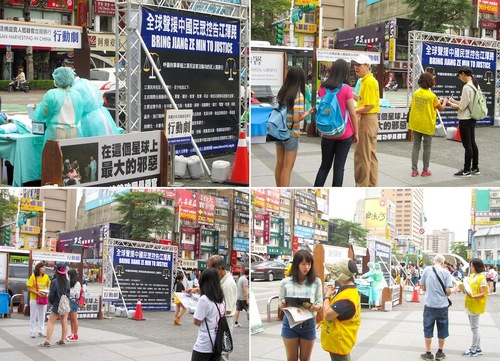 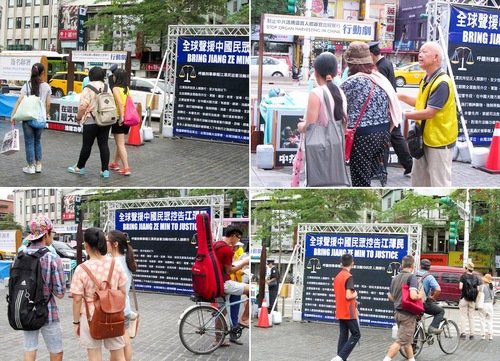 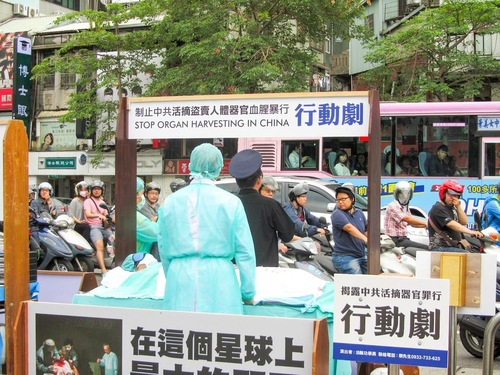 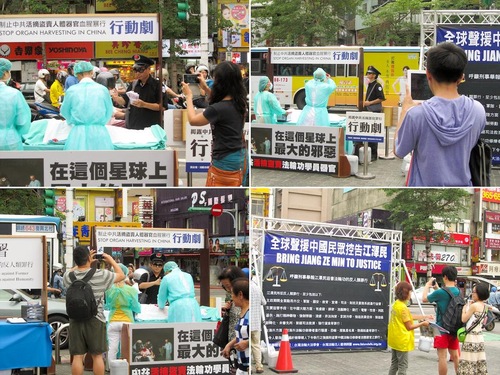 Practitioners re-enact organ harvesting in downtown Taipei on September 26. Many passersby were shocked by the brutal tortures that the Chinese government applies to Falun Gong. 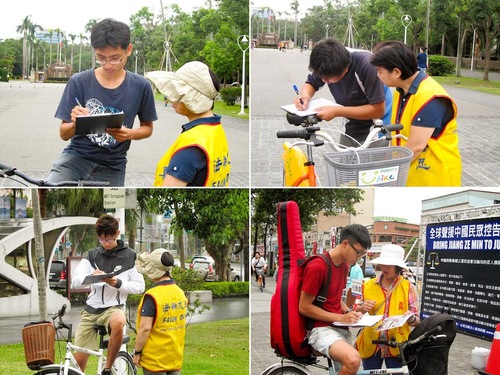 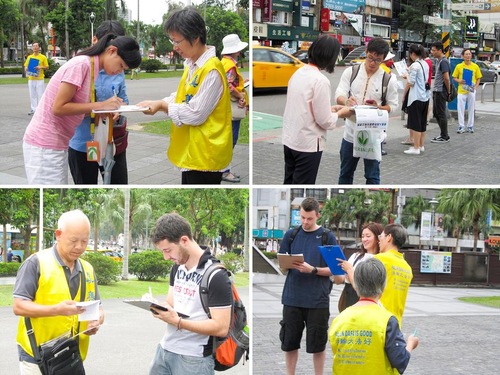 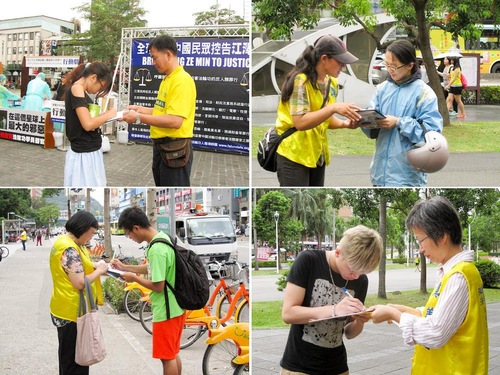 One woman remarked, “This is intolerable. How can we let such a horrible crime go on?” “I strongly support the lawsuits against Jiang Zemin.” 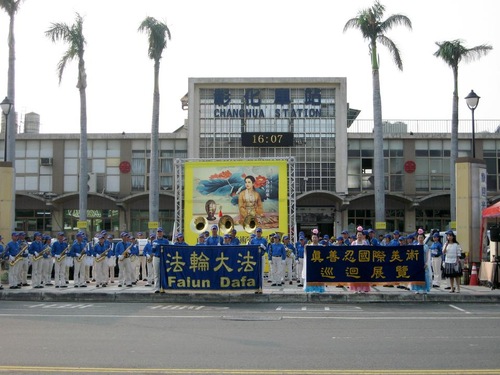 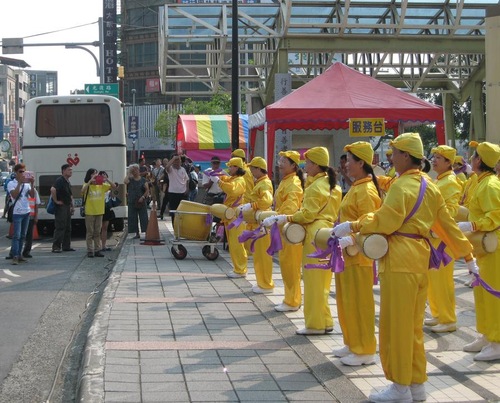 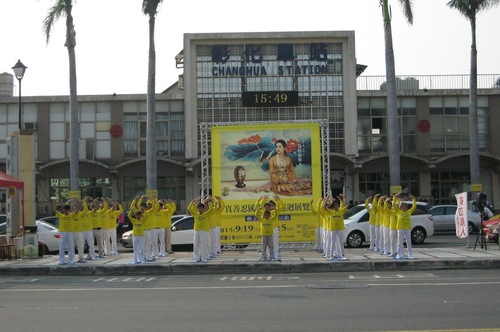 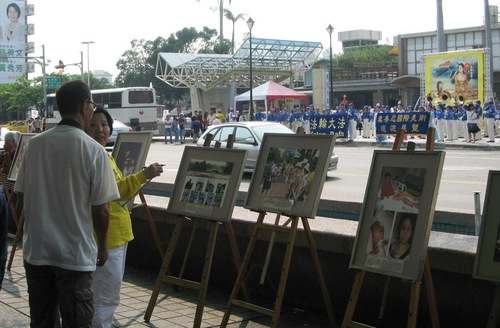 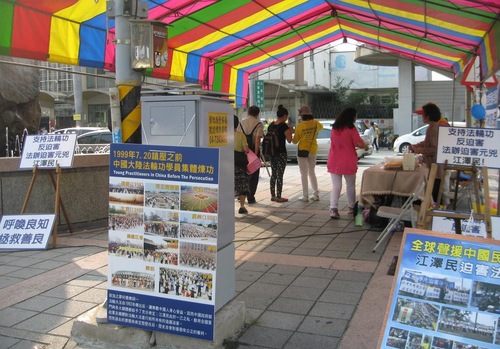 Signature collection at the train station in Changhua 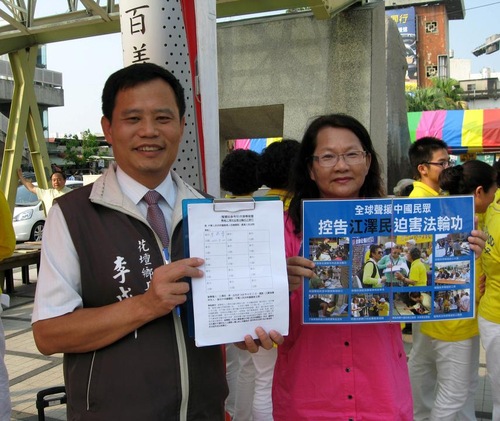 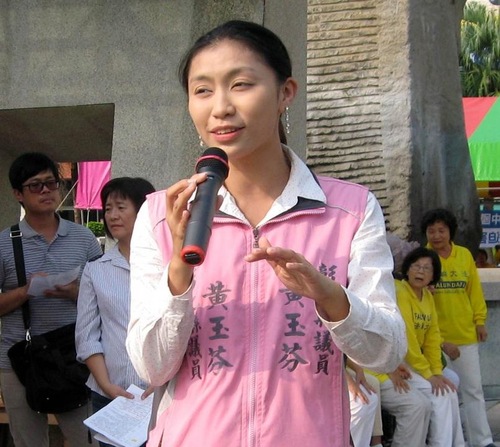 Huang Yufen, the legislative member from Changhua county, cannot believe the existence of the organ harvesting. “Falun Gong is a peaceful group. The Chinese government should respect them, not persecuting them,” she said. 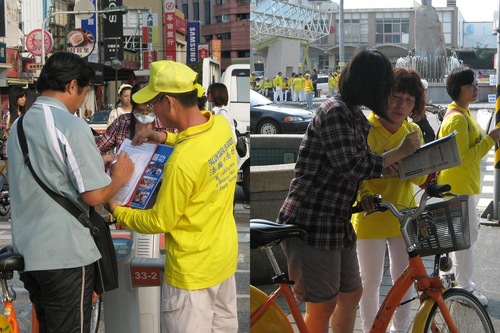 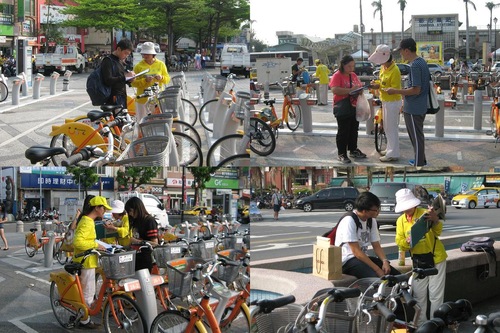 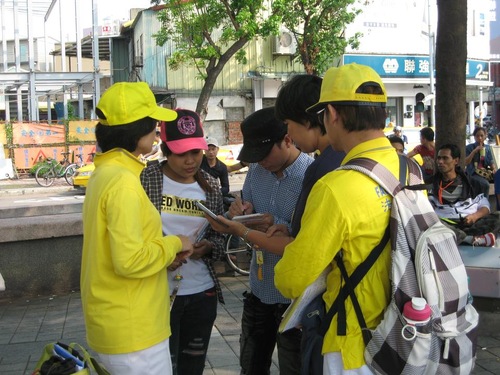 Passersby at the train station in Changhua sign the petition