(Minghui.org) Today's news from China includes persecution that took place in 11 cities or counties in 6 provinces. According to this report, 67 practitioners were subjected to mistreatment during detention, at least 5 practitioners were illegally arrested. 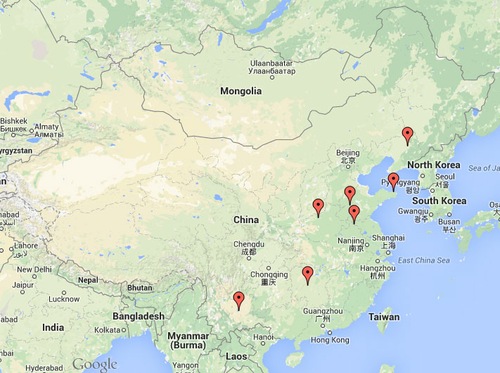 Ms. Wang Xinlei, 24, and Ms. Yu Shourong were arrested by officers from the Wanxin Police Station on August 7-8, 2014. Ms. Yu was taken to a detention center. Ms. Wang was released on August 9.

Ms. Ding Baihui was arrested when she distributed informational materials about Falun Gong on January 10, 2015. The police confiscated her computer, new printer and other items. Ms. Ding is being held at a detention center.

The following is list of practitioners who are known to be currently detained in detention centers and prisons in Yunnan Province.

Ms. Ding Yuehua and her daughter Li Yan from the Chazhuang Coal Mine of Feicheng Mine Administration Bureau were arrested by officers from the Feicheng Domestic Security Division on January 12, 2015. They are being held at the Tai'an Detention Center in Shandong Province.

Mr. Dang Zengheng from Mizhuang Village, Gudan Town, Mengzhou was arrested by Liu Juwu and taken to the domestic security division on January 16, 2015.