September 26, 2014 |   By a Minghui correspondent from Heilongjiang Province, China

Through multiple channels, Mr. Zhang's family learned that the practitioners are now detained at Mudanjiang Detention Center. It was also learned that the police are fabricating charges against Mr. Zhang in attempt to heavily sentence him for his efforts to raise awareness about the persecution.

Illegally Sentenced to Five Years in 2001

Mr. Zhang was arrested in 2001 by officers from Nanshan Police Station for telling people about Falun Gong and the persecution. Officer Miao Qiang beat him and injured his internal organs. For a long time after the beating, Mr. Zhang had blood in his urine.

Prior to that, his wife Ms. Jiang Yuemei was illegally sentenced to one year in prison on June 13, 2000, for doing Falun Gong exercises in public.

Tortured at Harbin No. 3 Prison

At Harbin No. 3 Prison, Mr. Zhang was tortured for not giving up Falun Gong.

The guards forced him to do hard labor and extensive workouts during the day. At night, the guards let him sit on a small stool from 6 p.m. until midnight. If he moved or adjusted his position, he was beaten by the inmates. 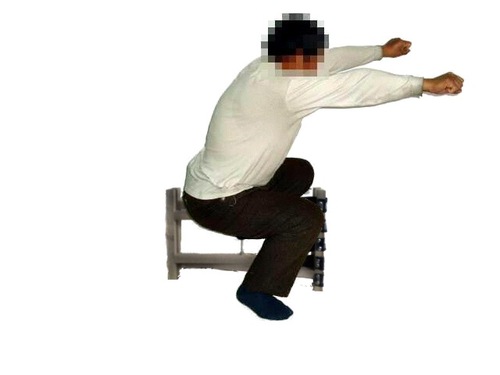 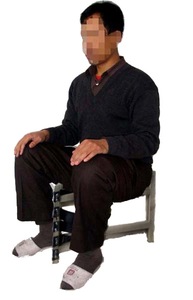 Torture reenactment: Sitting on small stool and not allowed to move

Mr. Zhang was also detained in the solitary confinement cell. The inmates savagely beat him and broke his wrists.