Their perspective at the 2014 World Transplant Congress in San Francisco has been echoed by the US House Committee on Foreign Affairs. On July 30, the committee readied a resolution (H. Res. 281) condemning the crime for a general vote, the last step before it becomes official. 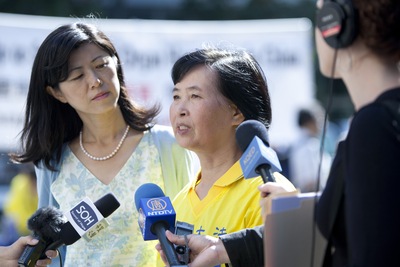 Falun Gong practitioners recount their personal experience of suspicious blood tests and physical examinations while they were incarcerated under persecution in China. Their experiences help connect the dots between the recent boom in organ harvesting in China and a huge living organ bank of imprisoned practitioners.

Several Falun Gong practitioners in the San Francisco Bay Area have experienced firsthand the blood tests and physical examinations that practitioners are subjected to in Chinese prisons, detention centers and labor camps.

Li Jie recalled that she was forced to undergo physical examinations for heart function and blood pressure during her detention at Beijing's Xicheng Detention Center in 2000. Before she was transferred to prison, she was also put through more comprehensive examinations of her heart and lungs, including submitting to a urine sample and blood test. 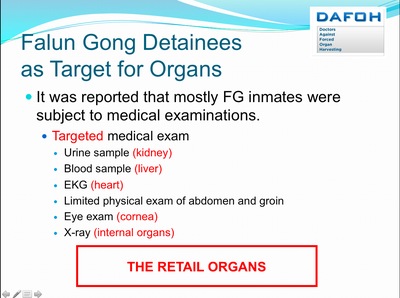 Yolanda, who arrived in the Bay Area from China not long ago, was incarcerated in Chinese detention facilities between 2011 and 2013. She was forced to undergo three physical examinations during her detention. These examinations included a lung examination and blood tests. Many other practitioners in the same labor camp experienced similar examinations.

The examinations were done in hospitals as well as mobile medical vehicles. Yet strangely, Yolanda was being tortured in detention during the same period as these mandatory medical check-ups. “It was scarily strange during the physical examinations,” she said.

None of these practitioners received any test results.

David Matas, a renowned international human rights lawyer and expert on the issue of forced organ harvesting, questioned why Chinese doctors were allowed to take part in the transplant conference.

There is an ongoing poster presentation in the exhibition hall during the Congress. At the end of the day, presenters are available for a one-hour Q&A session. Mr. Matas' poster “Sources of Organs for Transplantation in China” was designated as a “Poster of Distinction,” which the conference planning committee urged attendees to make a priority to read. 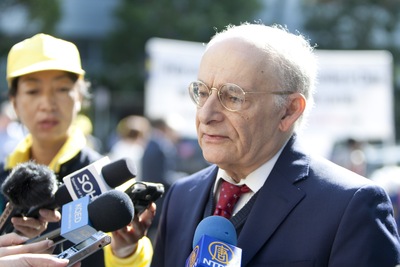 At a July 29 forum, journalist Ethan Gutmann stated that organ harvesting in China is still going on. According to him, the number is increasing. He was also promoting his new book The Slaughter, an in-depth investigation of China's organ harvesting atrocities, at the conference.

Mr. Gutmann also mentioned the recent Minghui report about practitioners in China being forced to take blood tests, or their relatives in their place, if the blood of practitioners couldn't be obtained. He called it “a truly alarming development.” 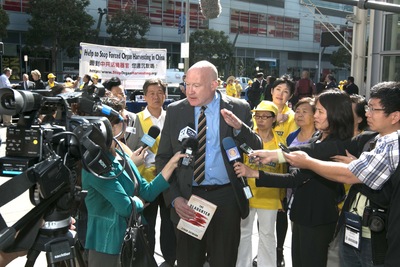 Wang Haibo, director of the China Organ Transplant Response System Research Center of the Ministry of Health, and member of China's National Organ Donation Committee and Organ Transplant Committee, didn't show up for his scheduled speech at the conference. 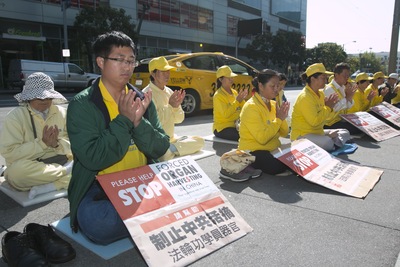 Falun Gong practitioners hold activities outside of the venue of the 2014 World Transplant Congress to inform medical professionals about forced organ harvesting in China and to call for their help to end the crime.