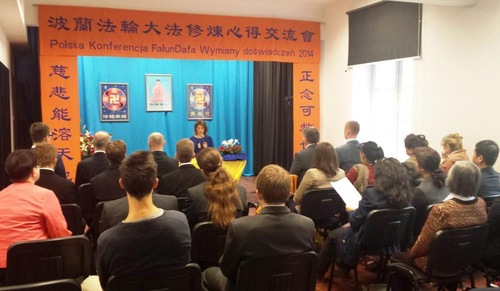 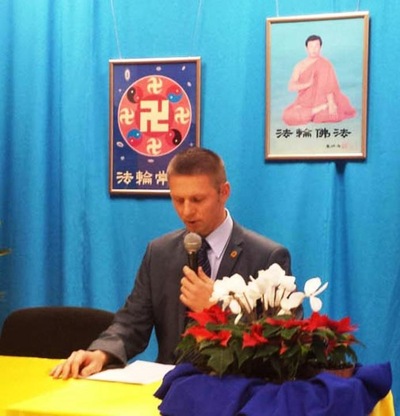 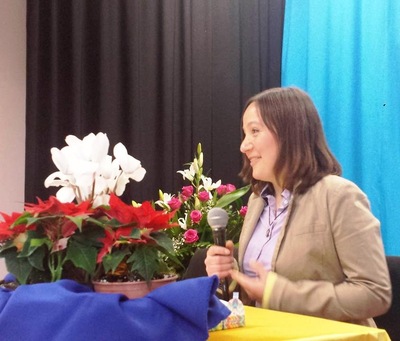 Due to various obstacles, however, the Chinese and Western practitioners had not communicated well with each other. This has caused negative thoughts to develop on both sides. The consequences of the negative thoughts are conflicts over some minor issues.”

After a conflict with a Western practitioner, Mr. Huang realized that his negative thoughts had not only hindered his cultivation, but also slowed down the improvement of the group as a whole. He said, “The Chinese practitioners should get rid of these negative thoughts, and I should be the first.”

Mr. Huang looked inward for his attachments, and what he saw behind the negative thoughts were jealousy, competitive mentality, and pride. He realized that he sometimes looked down on others.

He intensively studied the Fa, and told himself, “As a Dafa disciple, I should always remember what my responsibility is. Why do I keep these negative human notions in my mind?”

After he cleaned out his negative thoughts, things changed. Mr. Huang collaborated with a Western practitioner, towards whom he had many negative thoughts. They went to speak to government officials about Falun Dafa and the persecution, and their efforts were unexpectedly fruitful.

Mr. Marzec talked about his experiences in organizing “The Art of Zhen, Shan, Ren International Exhibition.” They were watching their finances, and had been unable to find a good exhibition hall. However, the speeches by practitioners at the 2014 Madrid Fa Conference encouraged him.

Mr. Marzec saw his shortcomings through sharings by practitioners. After studying the Fa and communicating with fellow practitioners, he improved his understanding of the significance of helping people to understand Falun Dafa and the persecution, and helping Master. He tried to change his thoughts and eliminate negative notions. All these changes solved the problems. The art exhibition was a big success.

Mr. Marzec saw the power of the Fa through this experience. He realized that solid belief in Master and the Fa will help him to accomplish anything in truth-clarification projects.

Mr. Glowacki and Ms. Macialowicz shared their experiences in helping people understand Falun Dafa and cultivating oneself, both in daily life and at the workplace.

Mr. Glowacki mentioned that everything in daily life can be a test in cultivation, and it can reflect your moral character. He said that cultivation is serious, and only by looking within can one reach the standard of the Fa.

Through many miracles in daily life, Ms. Macialowicz truly sees that Dafa is most profound. She cannot express her appreciation to Master Li with any words. By doing the three things well, she can meet the requirements set forth in Master's teachings.

Magda started practicing Falun Dafa in 2012. She learned about Falun Dafa in 2011 at a health fair in Katowice. Although she felt differences when doing the exercises, she didn't keep it up. Due to all types of interference from other qigong schools that she was practicing, she could not understand Zhuan Falun well.

A year later, a group of fellow practitioners helped her to clean out the other qigong materials in her house, which had been interfering with her. She calmed down, and read Zhuan Falun again. This time, not only did she have a better understanding of the teachings, but she also realized that Falun Dafa was the cultivation way she had been looking for.

Magda devoted herself to practicing right away, and started clarifying the truth to people. She felt that her level improved quickly. Whenever she runs into conflicts, she now reminds herself that she is a cultivator, should look within, and eliminate her attachments. To her, the smiles on people's faces after they learn what Falun Dafa is about are the best reward.

Kim is from Vietnam. She started practicing Falun Dafa in February 2014. She had suffered from many diseases, and consulted many doctors, Westerner and Oriental, to no avail.

She had some tribulations. After her financial situation improved, she lived a materialistic lifestyle. What she pursued was comfort and meaningless fun. However, the rich material lifestyle didn't bring her happiness, until one day a Vietnamese friend of hers introduced Falun Dafa to her.

Her friend sent her a copy of the book Zhuan Falun. While reading the book, she could not put it down. She often felt a warm flow from the top of her head through her entire body while reading. She realized that she had obtained an extraordinary teaching and had found the truth that she had been looking for.

Kim found the local exercise site in Warsaw, and learned the exercises. All of her diseases soon disappeared. She is very grateful to Master Li. Seeing her dramatic changes, both physical and spiritual, her sister and daughter also started practicing.

Jakub also started practicing Falun Dafa in February 2014. Having seen the corrupted society and heartless people, he was depressed, and tried a variety of spiritual practices. He tried meditation, and thought about becoming a monk. But none of these practices gave him peace. He heard about Falun Dafa, and even bought a copy of Zhuan Falun in 2011, but for some reason, he did not persevere in practicing.

A friend of his took him to a Falun Dafa practitioner's house in February 2014, and invited him to join the Fa-study and group exercises. He felt peace immediately. He picked up Zhuan Falun again, and after reading the entire book, he knew that he had found a path to heaven, and the cultivation way he had been seeking.

Jakub said that cultivating Falun Dafa was the most wonderful thing in his life. He said that reaching the standard of the Fa is more precious than anything in the world, and that he cherishes the opportunity for cultivation. “I will fulfill the oath I made in history. Being a true cultivator, I will not only cultivate myself, but will also awaken sentient beings,” he said.

At the conclusion of the conference, practitioners posed for a group photo, and wished Master Li Hongzhi a Happy New Year.