(Minghui.org) Nagpur, in the state of Maharashtra, is the largest city in central India. Every year on October 1-3, Buddhists from all over India and the world throng to Deekshabhoomi, a sacred monument where the architect of the Indian Constitution, Dr. Babasaheb Ambedkar, returned to Buddhism along with about 500,000 of his followers on October 14, 1956. 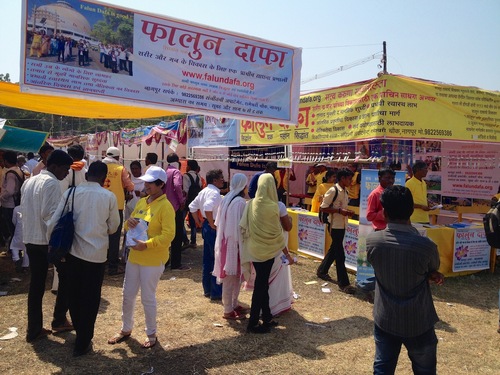 Because the date of the Congregation coincides with the Hindu Festival of Dassera, celebrating the victory of good over evil, multitudes of people flock to this place.

The Divine Land Marching Band performed during two such gatherings in the past, and many of the locals remembered Falun Dafa. 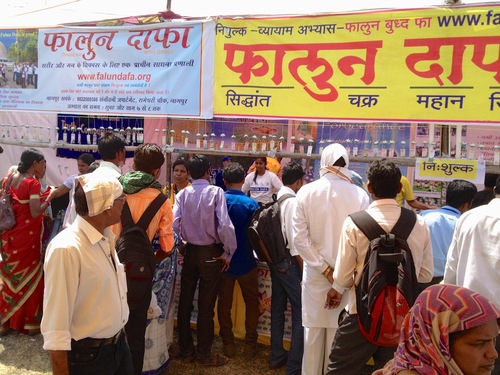 Falun Dafa practitioners from Nagpur had a booth this year on the Congregation grounds to distribute fliers and bookmarks, tell the people from rural Maharashtra about the practice and the persecution, and make the Dafa books available.

Practitioners from various parts of India came to reach out to as many of the half million visitors to the city as possible. Amidst the sea of people, a practitioner held up a Falun Dafa banner. He said he felt tall in the milling crowd, and after walking past him, people often came back to look at the banner. 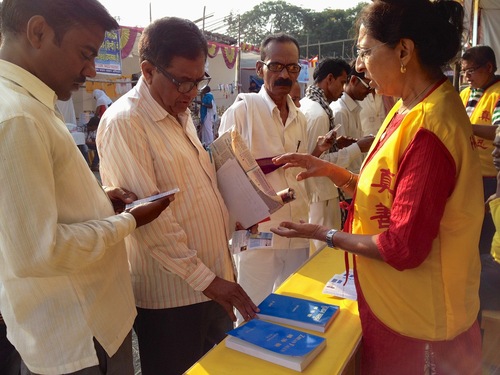 Practitioners got together afterward and shared their experiences, and decided to plan even better to organize for such large events in the future.