The Splendor of Shen Yun Shines Across North America

(Minghui.org) Proceeding with its North American leg of the 2014 world tour, Shen Yun Performing Arts continues to delight theatergoers from coast to coast. As Shen Yun's International Company opened its nine-day performance run to a full house in San Francisco, California, on January 4, its World Company and New York Company concluded their performances in Ottawa, Canada, and Dallas, Texas, respectively. On the same night, the Touring Company also began its two-day stop in Memphis, Tennessee. 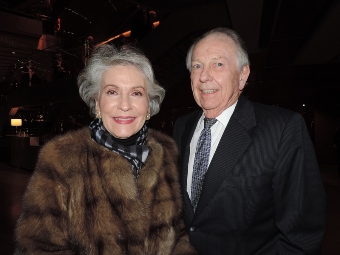 Mrs. Linda Custard, a board member of the AT&T Performing Arts Center, and Mr. William Custard, CEO and president of Dallas Production Inc.

Mrs. Custard, who is on the board of directors of the AT&T Performing Arts Center, was impressed by Shen Yun’s display of traditional Chinese culture, which she felt was “superb.”

“They’re excellent and very exciting, beautiful,” she said of the programs depicted in the show. “[It's] a wonderful ancient culture from which we can learn a great deal,” she added.

“Exuberant, exuberant! How beautiful!” she exclaimed, adding that Shen Yun’s portrayal of humanity’s shared values through music and dance was worth every moment. 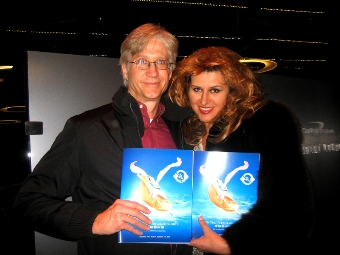 Mr. Kirk Fichtner, CFO of Shell Financial Services, grew up reading Chinese fairy tales. He was delighted to see them come to life through Shen Yun Performing Arts. The ticket to the show was his anniversary present from his wife.

“The energy, the color, the music was wonderful. The mixture of East and West is unique. [It's] the first time I ever saw anything like that,” said Mr. Fichtner at the Winspear Opera House in Dallas on January 4. “I thoroughly enjoyed it.”

“It’s a well-told story, going from the very beginning–the descent from heaven to Earth–and then all the way to modern times. I really like that aspect,” Mr. Fichtner said.

He saw universal beliefs and values within the stories, such as good versus evil and respect for the heavens. The art forms in Shen Yun performances, like classical Chinese dance, are steeped in traditional values such as these.

Mr. Fitchner especially enjoyed seeing scenes from the different dynasties of China. He particularly enjoyed the Tang Imperial Drummers and the energy of the performance.

“I want to come again,” Mr. Fichtner said, adding that he had many family members to recommend this to. 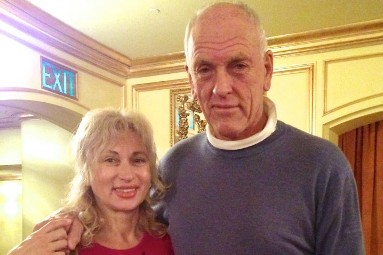 Mr. Dario Sattui, one of California’s great vintners, was captivated by the power of Shen Yun's dancers after attending the performance with Ms. Irina Yartseva at the War Memorial Opera House in San Francisco on January 4.

Mr. Sattui said he loved the costumes, the music, and the dance. However, it was the traditional values expressed in Shen Yun programs that inspired and touched him the most. 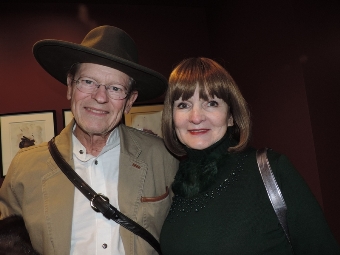 Mrs. Minnie Caruth, a former ballet dancer and founder of the Minnie Arnold School of dance, and Mr. Bill Caruth, a trustee of the Hillcrest Foundation

Mrs. Minnie Caruth, a former ballet dancer and founder of the Minnie Arnold School of dance, has educated many students at her school since 1966. She considered Shen Yun dancers “perfect” and born for dancing. She saw the performance with Mr. Bill Caruth on January 4 in Dallas, Texas. 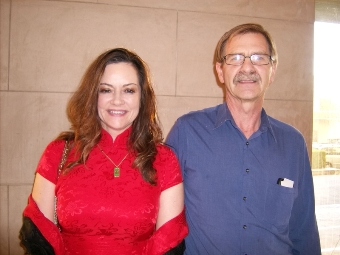 “What really impressed me was the way the women walked. The way they could walk so effortlessly and quickly—sideways, forward. Their body didn’t shake; it wasn’t like we walk. The way that they did it on their toes—it was just amazing,” Mr. Linquist said.

Mr. Linquist also loved the choreography. “Their flips were amazing, and I just think both the men and the women were very well-coordinated. And they practiced a lot—it showed,” he said. 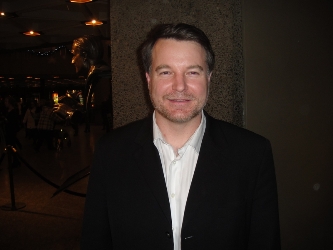 Mr. Mathieu Ravignat, Canadian Member of Parliament, finally saw Shen Yun after having heard about it a long time ago. He attended Shen Yun's last performance in Ottawa on January 4.

Mr. Ravignat lauded the talents of the artists and their efforts to revive the almost-lost culture.

“The artistry is gorgeous and obviously the athleticism and artistic ability of the performers is top notch,” he said. 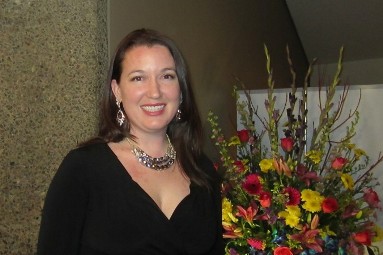 “[Shen Yun] had story, dance, emotion, color, as well as culture,” she said.

Ms. Scrivens took special note of the grace of the female dancers: “They have such great appearance and showmanship. They really brought the audience in, not just with their moves, but with their expression as well. It was very enticing.”

She also noticed the strength of male dancers: “They were very assertive in what they were doing, very confident, and it showed very much.” 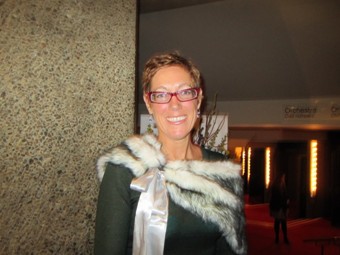 Ms. Erika Ferrarin, a former dancer and an interior designer

Erika Ferrarin, a former dancer and an interior designer, attended the Shen Yun performance in Ottawa on January 3.

She praised the dancers' techniques, “Everything is to a T, to the perfect moment.”

“I liked the whole storyline behind it, the fact that you are learning a bit more as you see it,” she added. “The dancing is about learning a story. I really liked that aspect of it as well.”

“It's quite inspiring!” she concluded. 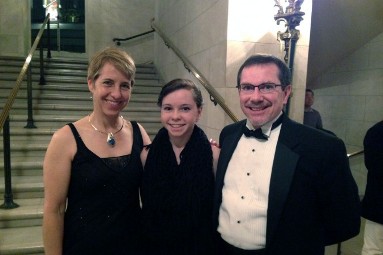 After watching the evening performance in San Francisco on January 4, Ramona Leibnitz, co-founder and president of Lead Horse Technologies, and John Armstrong, co-founder, chairman and CEO of the same company, were deeply impressed by the beauty of Shen Yun.

“Excellent. Just beautiful!” said Mr. Armstrong. “The costumes, the grace, and I think the diversity of the eras or dynasties, the mixture of the different cultures presented—they’re so different and they’re all beautiful.”

Having paid special attention to the expressions of the dancers, he said that their performances were genuine. 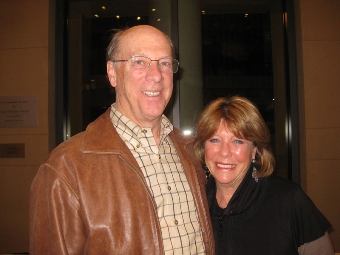 Michel Boyer, an officer for the Canadian federal government, was moved to tears by the Shen Yun performance in Ottawa on January 4. He thought the performance was beautiful and elegant.

Speaking of the soulful singing and the accompanying lyrics presented on stage, he said, “It is spiritual, very spiritual... [It] gets you right through your soul and goes to the heart.” He also said that he found it very soothing and calm.

Shen Yun performances at the War Memorial Opera House in San Francisco will continue until January 12. For more information about Shen Yun, including all of its 2014 tour dates and locations, please visit ShenYunPerformingArts.org.