(Minghui.org) The original Minghui.org report linked to at the bottom of this page features 26 cards and greetings. A selection of them is presented here.

To respectfully wish compassionate great Master Li Hongzhi a Happy Mid-Autumn Festival and express their gratitude for Master's compassionate salvation, practitioners both inside and outside China send congratulatory messages through the Minghui website. What follows is only a portion of the greetings received from practitioners in Hubei Province, China.

Greetings were received from practitioners in the following cities, counties and districts: 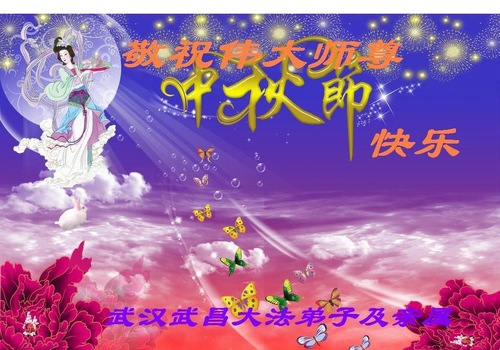 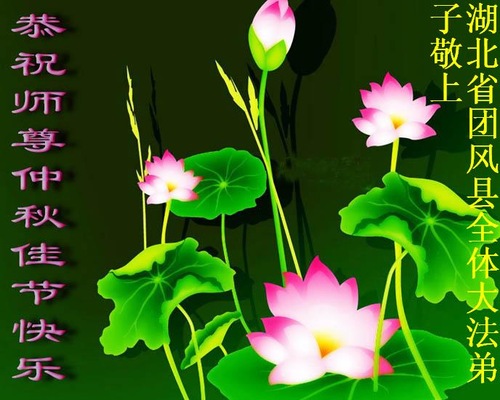 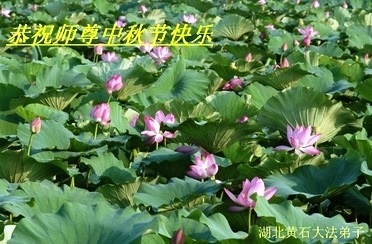 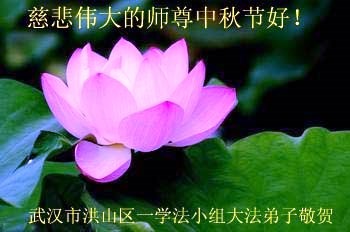 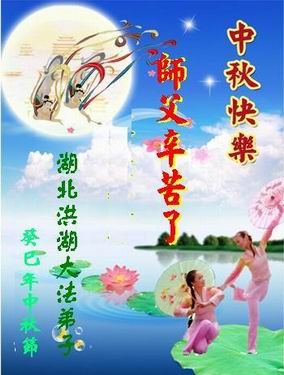 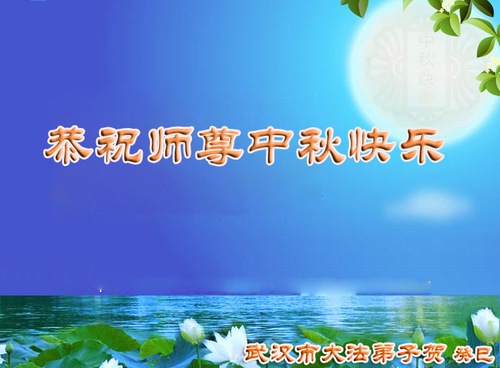 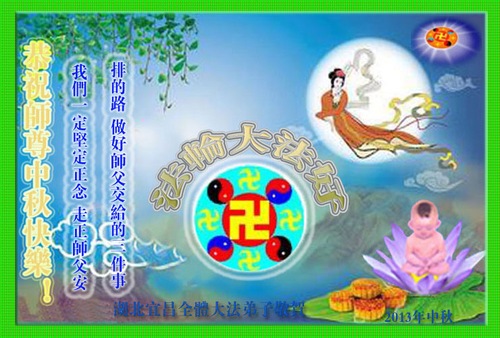 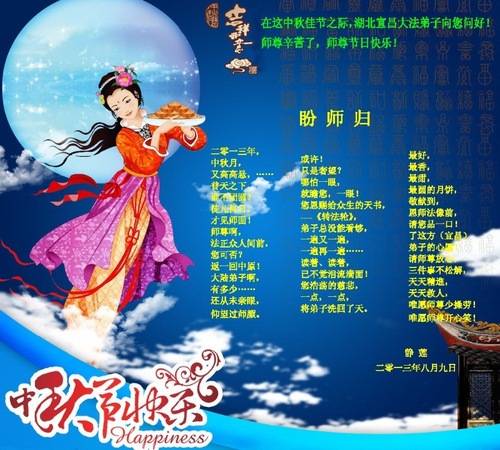 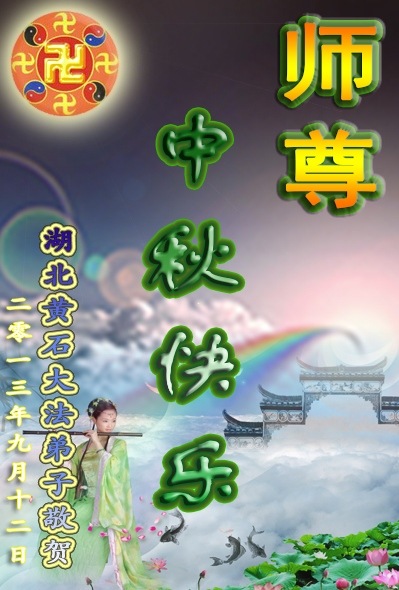